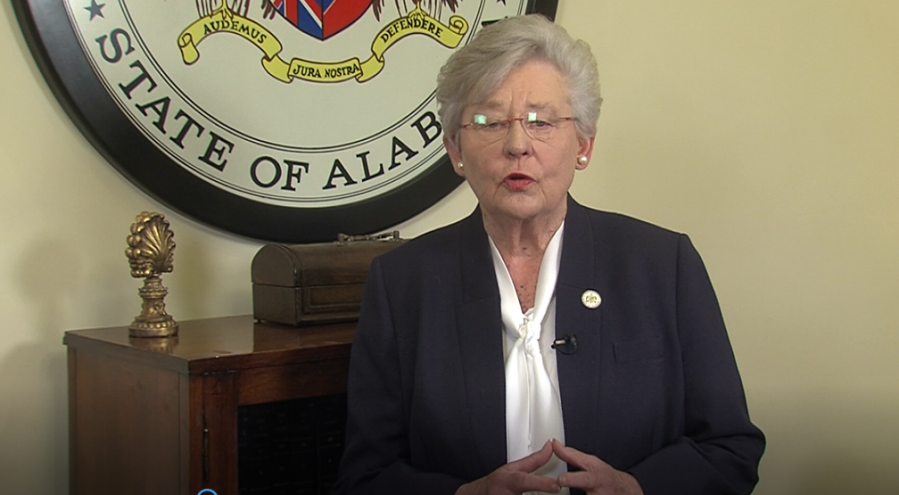 MONTGOMERY, Ala. (WIAT) — Alabama Gov. Kay Ivey says what the state is doing now to stop the spread of COVID-19 is working.

“I’m doing what we’ve asked every Alabama to do, no more no less. The medical folks say ‘if you don’t have any symptoms, you don’t need to get tested,’” Gov. Ivey said.

The state has received a lot of criticism on the response to COVID-19. The governor rejected much of the hate.

“I try real hard not to do things too soon or too late,” she said. “And right now we’re making progress and the progress is because people follow along and follow the plan.”

Gov. Ivey has put together task forces on reopening the state and expects to have recommendations by the end of the month.

A small group of protesters stood in front of the capitol steps Wednesday, asking the state leaders to open Alabama now.

“In the interest of being a constitutional republic, we should be allowed to be back to work and make the decisions for ourselves on what we need to do to protect ourselves,” Art Waston said.

We asked political analyst Steve Flowers if sates should reopen on their own or wait for the all-clear from the federal government?

“My guess is the governors are going to do what they think is best for their state,” Flowers said.

Lieutenant Governor Will Ainsworth and State Rep. Danny Garrett (R-Trussville) will hold a news conference on Friday, April 17, to announce a series of recommended steps for reopening Alabama’s economy, which was formulated at the request of Gov. Ivey