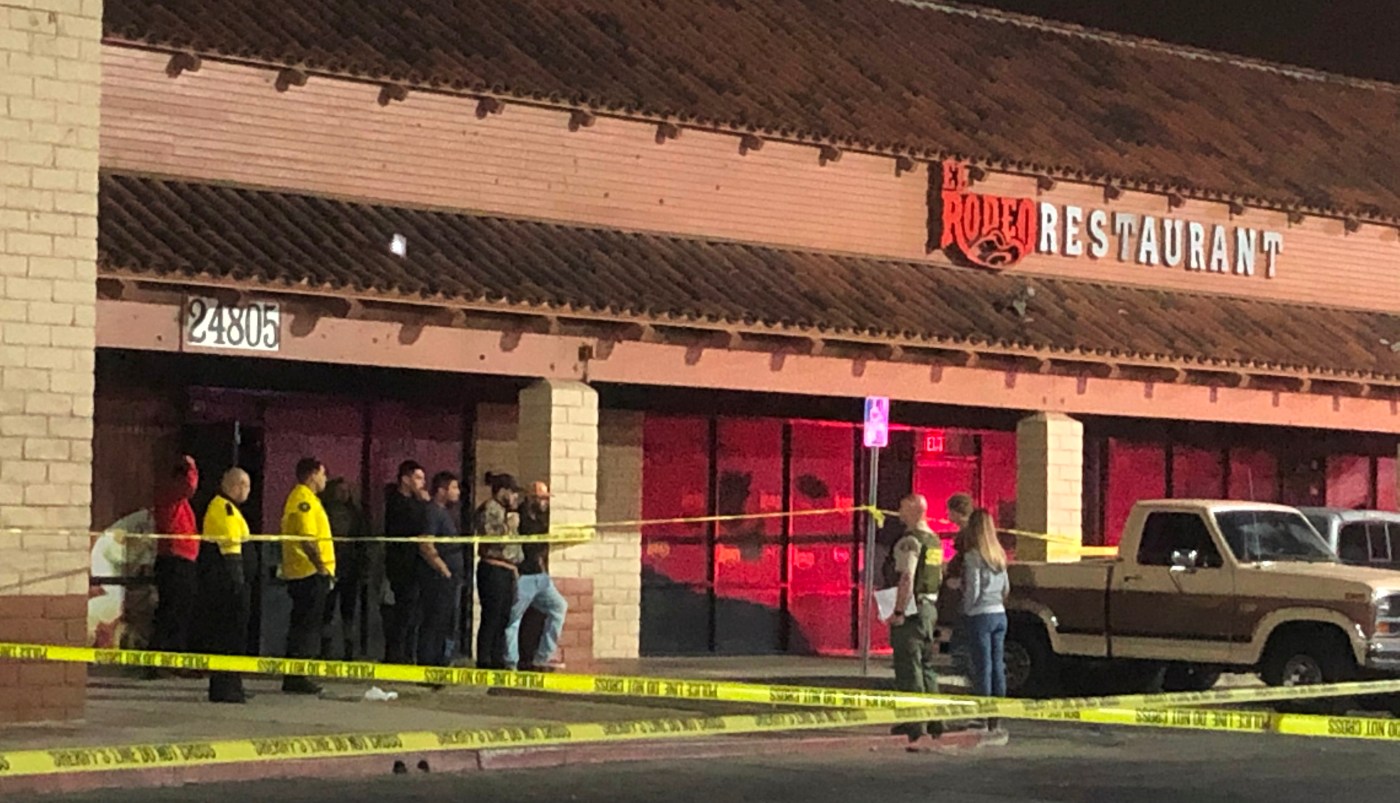 A second man has died of injuries sustained in a hit-and-run crash in Moreno Valley.

The crash, which happened in the parking lot of the El Rodeo Restaurant just after 2 a.m. on Oct. 18, killed Junior Rafael Gonzalez, a 29-year-old man from Perris. Another man, 39-year-old Pedro Cortes Rodriguez, of Moreno Valley, was also hit.

Rodriguez died of his injuries on Sunday just before 7:30 p.m., officials said.

The two men were hit by a black Ford F-150, according to the Riverside County Sheriff’s Department. Witnesses reported seeing two men in the pickup truck.

Edgar Gomez, a 20-year-old man from Mead Valley, was identified by investigators as a suspect. Gomez was arrested on Oct. 22 on suspicion of second-degree murder, hit-and-run causing a death and assault with a deadly weapon.

Gomez was booked into the Southwest Detention Center.

Information on what led to the incident was not immediately available.