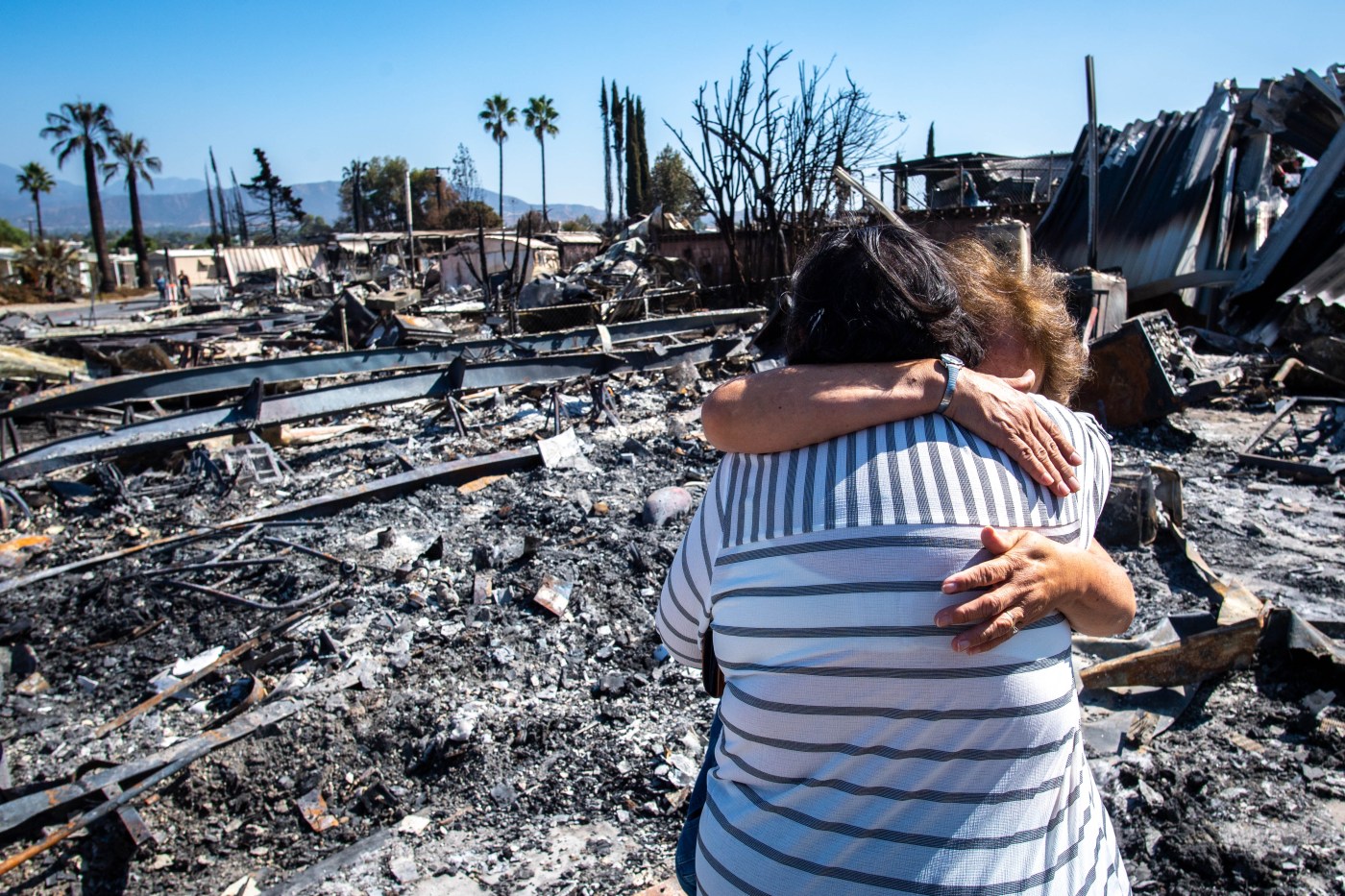 The second person whose remains were found in the Calimesa mobile home park ravaged by wildfire on Oct. 10 has been identified.

Kaitlin Campbell, a family friend who established a GoFundMe page to raise money for final expenses, said a witness reported that Labelle was seen trying to put out the approaching flames using a garden hose. The witness said Labelle gave up and then went back inside her home. She was never seen alive again.

The blaze that started when a trash truck dumped its burning load near the 10 Freeway, quickly swept through the mobile home park, fanned by the gusting Santa Ana winds, killing two people, destroying dozens of mobile homes and charring more than 1,011 acres.

The other person who died was previously identified as Lois Arvickson, 89. Neighbor Vance Wooten said he saw Arvickson trying to get her car out of the garage but didn’t see her again.