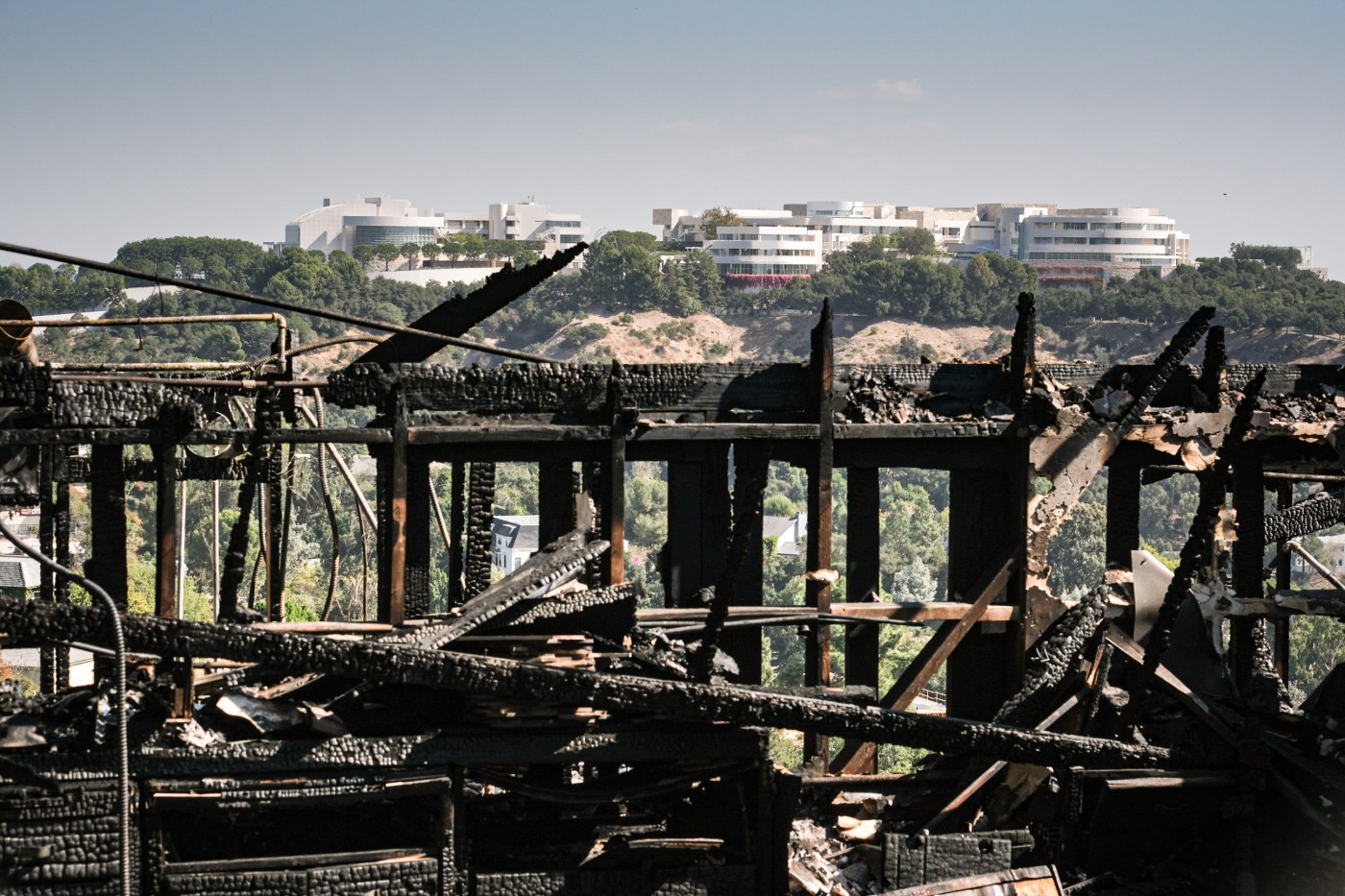 Gusts should peak in strength before dawn and through Wednesday morning, according to the National Weather Service. Meteorologists expect winds to reach between 60 to 70 mph in the valleys of Orange, Los Angeles, Riverside and San Bernardino counties, with isolated gusts of 80 mph in some mountain regions.

Offshore winds will begin to noticeably diminish Wednesday afternoon in most areas of Southern California, meteorologists said. Gusts may persist in portions of Riverside and San Diego Counties through Thursday afternoon, but should not be an issue for those trick-or-treating after dark on Halloween. That evening and the following morning may be the coldest period this week.

The conditions driving this bout of Santa Ana winds should end by Friday in Los Angeles County. However, mountains near the coast in Orange and San Diego counties may continue to experience weaker gusts until Saturday morning. Winds begin to shift direction on Sunday and Monday and should remain mild.

Coastal Orange County has been added to the warning between the hours of 5 AM and 11 PM Wednesday.

All other areas will remain under the warning 11 PM tonight through 6 PM Thursday. #cawx pic.twitter.com/fHmmBwynmC

Relative humidity should remain in the single digits across southern California for most of the week, dipping as low as 1 to 2% at times in wind-prone areas of Los Angeles and Ventura counties. Dry, gusty conditions will contribute to an elevated risk of fire over the next few days. As a result, a red flag warning will remain in effect from 11 p.m. Tuesday through 6 p.m. Thursday in the mountains and valleys of San Bernardino and Riverside counties, inland portions of Orange County and all of Los Angeles and Ventura counties.

Meanwhile, temperatures should be 10 to 20 degrees cooler than normal in inland areas, but slightly above average along the coasts in Orange and San Diego counties on Wednesday. Highs were forecast to jump from 67 degrees Wednesday to 74 degrees Thursday in Moreno Valley, and expected increase from 69 to 76 degrees over that same period in San Bernardino.

The rest of Southern California may begin to experience a warming trend on Saturday. Highs were expected to climb that day to 69 degrees in Huntington Beach; 70 degrees in Newport Beach; 74 degrees in Malibu; 76 degrees in Torrance and Hawthorne; 82 degrees in Fullerton; 83 degrees in Van Nuys, Chino and Moreno Valley, 84 degrees in Northridge and 85 degrees in Riverside.

Early weather models do not predict another period of extreme winds or rainfall over the next 10 days, according to NWS reports.