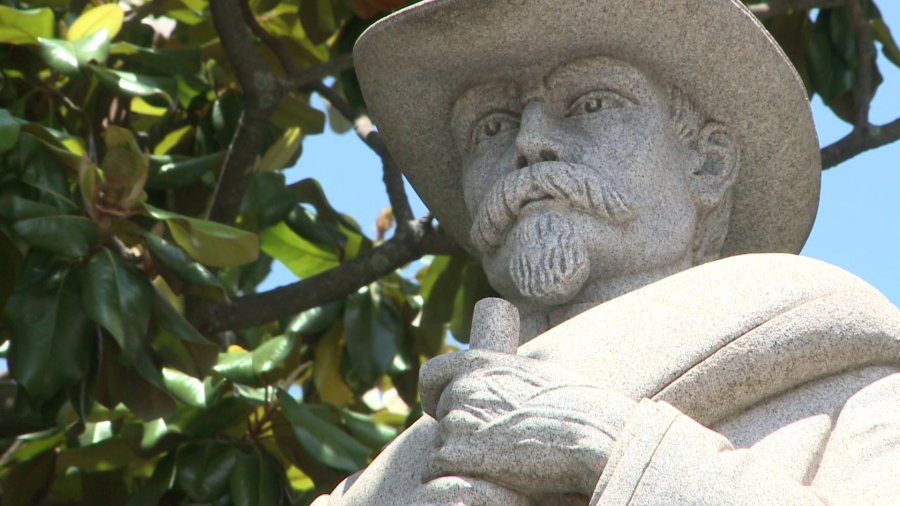 During a court hearing Friday, Alabama Assistant Attorney General James Davis said the state will now accept an anonymous $25,000 payment made on behalf of the commission. That payment was for the fine the commission ultimately agreed to pay for violating the state’s Memorial Preservation Act. Once the payment was made, circuit judge Claude Hundley dismissed the case.


What would you rename the Army posts and Navy ships that honor the Confederacy?

However, the state filed a motion seeking to vacate Judge Hundley’s dismissal of the case. The AG’s office argued that because the funds came from an unknown third party, they couldn’t be sure Madison County had authorization to use the funds.

In a court brief filed Wednesday, attorneys for the Madison County Commission included a receipt from the county clerk’s office that showed the payment was made on behalf of the commission. The AG’s office says the receipt convinced them to accept the funds and resolve the matter.

The two parties still disagree on some of the legal ramifications of Judge Hundley’s dismissal. The dismissal was ordered with prejudice, meaning the matter has been resolved and can not be brought up in court again. The state argues the dismissal should be without prejudice. Judge Hundley said that matter would be resolved at a late date.