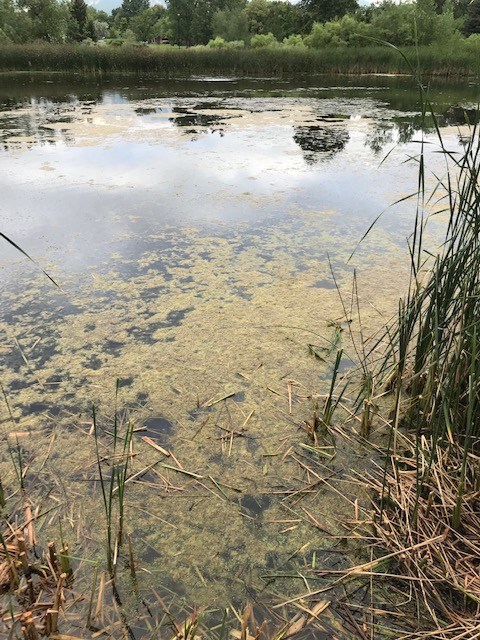 As a result, visitors are advised to exercise caution and to keep their children and pets out of those areas and to avoid contact with water.

In particular, the city advises residents to keep children and pets out of Wonderland Lake in North Boulder, where potentially harmful blue-green algae blooms have been identified.

Algae blooms also have been reported at Thunderbird Lake in southeast Boulder, but they have not been identified as harmful.

According to the Colorado Department of Public Health and Environment, blue-green algae, also known as cyanobacteria, naturally occurs in aquatic ecosystems and can appear rapidly — especially during the hot weather of summer and in slow-moving water bodies, such as lakes.

Though the toxicity of a cyanobacteria bloom is difficult to predict, some species can produce cyanotoxins during algal blooms, which can be harmful if ingested by dogs, wildlife and humans. Recreational contact with the water also has the potential to cause harm.

Blue-green algae blooms might look like thick pea soup or spilled paint on the water’s surface and can create a thick mat of foam along the shoreline, according to the state health department. Usually, the blooms are green or blue-green, but they can also be brown, purple or white and sometimes they are made up of specks or blobs floating just at or below the water’s surface, the department states on its website.

“We will be monitoring it and posting additional notices,” said Phillip Yates, a spokesman for Boulder Parks and Open Space, adding there isn’t a time when people should not be exercising caution regarding algae blooms in order to keep themselves and dogs safe.