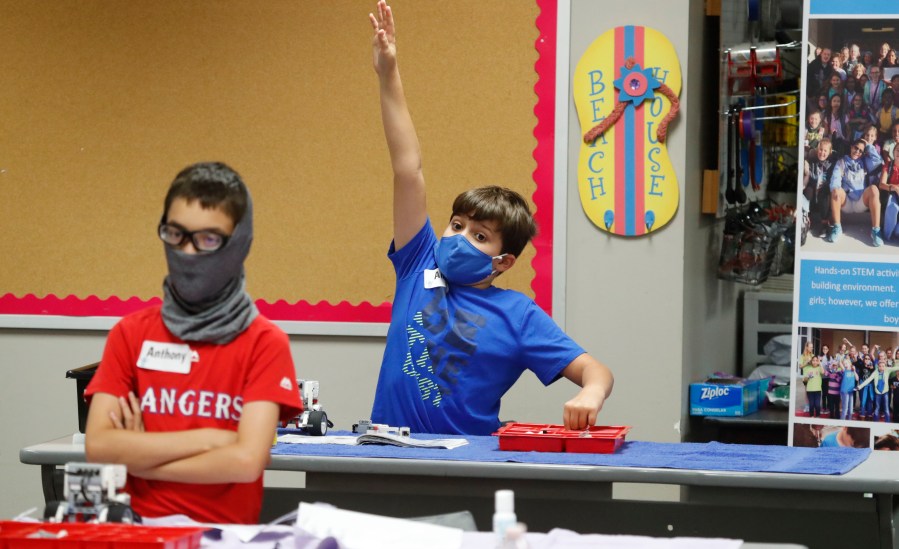 ALABAMA – With the school year well underway, the majority of districts across north Alabama have now implemented mask requirements. But some are beginning to re-evaluate them.

Fourty-four children were hospitalized with COVID-19 across the state and eight were on ventilators on September 13, according to the Alabama Hospital Association.

Dr. James Scott, who works with pediatricians at UAB says he has seen a sustained number of kids being treated for COVID-19 in the hospital.

“Day in and day out we’re caring for sick children that have been hospitalized with COVID-19, many of whom are in intensive care and are on ventilators. And I would say day in and day out that number has been in a sustained fashion higher than it has been at any point previous in the pandemic,” Scott stated.

Spokesperson for the Alabama Department of Public Health, Dr. Karen Landers says part of keeping people out of the hospital is reducing the spread of the virus. She says masks are part of that multi-prong approach to preventing the spread of COVID-19.

“It’s really not a pick and choose,” she said. “For example, with other communicable diseases, we have specific strategies that need to be carried out in order to reduce the risk of persons transmitting diseases.”


Huntsville ER Doctor on monoclonal antibody treatment: “Be your own advocate”

There is no statewide mask requirement for schools. This means each school system can decide whether they will require them for students.

Every county in North Alabama is experiencing high rates of community transmission, according to ADPH’s dashboard. Landers says now is not the time to end school masking requirements.

“We are not where we need to be to really, in my mind, put our children in harm’s way, and our teachers, and our staff members in school, they’ve already suffered enough. So, let’s try to do all we can to keep people safe,” Landers said.

Dr. Landers says a low community transmission rate would be five percent. The moving seven-day average for the state is currently 19.7 percent.

She says when making decisions about masking requirements, new case totals over the past two weeks and the community transmission rate should both be taken into account.