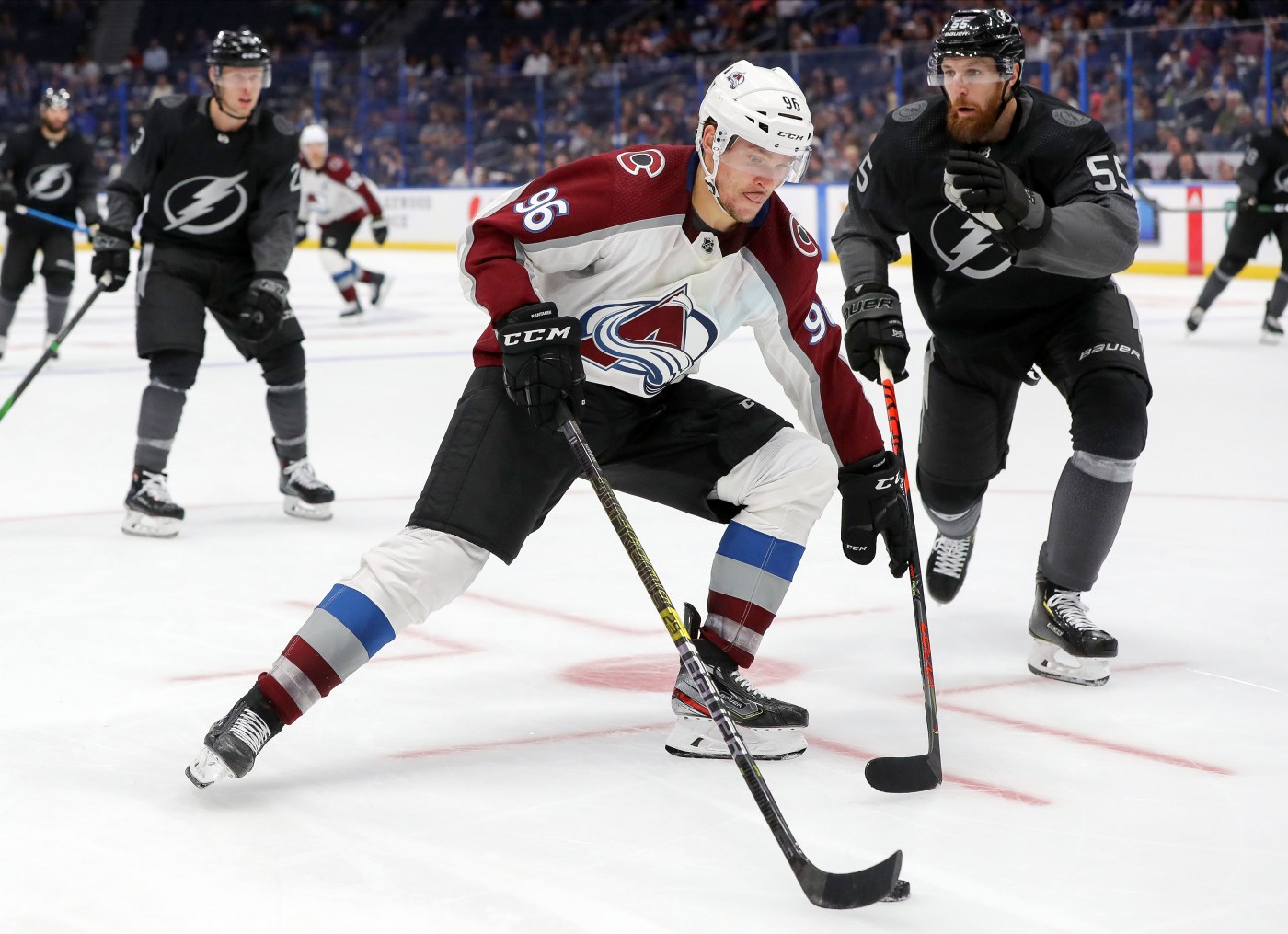 Avalanche all-star Mikko Rantanen was evaluated Tuesday but there was no update provided on the seriousness of his lower-body injury sustained in the game at St. Louis Monday night. The team is expected to provide more information on Wednesday.

Rantanen, who has a team-tying-high 12 points for the Avs (7-1-1), was injured on his first shift of the second period in Monday’s 3-1 loss at St. Louis, suffering what appeared to be an ankle or knee injury when he toe-picked the ice while skating out of the defensive zone. He did not return.

The Avs, who finished 3-1-1 on their five-game road trip, had Tuesday off. They next play Friday at Las Vegas before completing a back-to-back set Saturday against Arizona at the Pepsi Center.

Greer suspended. Avalanche prospect A.J. Greer of the Colorado Eagles, a second-round pick in the 2015 draft by the Avs (39th overall), was suspended for six games by the American Hockey League on Tuesday for his actions in Saturday’s alternation against the Milwaukee Admirals.

Greer, 22, fought Josh Healey and both were issued five-minute major penalties for fighting. While in the penalty box, Greer exchanged words with Jarred Tinordi and came out of the penalty box to fight the Admirals’ defenseman. Tinordi was issued a three-game suspension Tuesday.