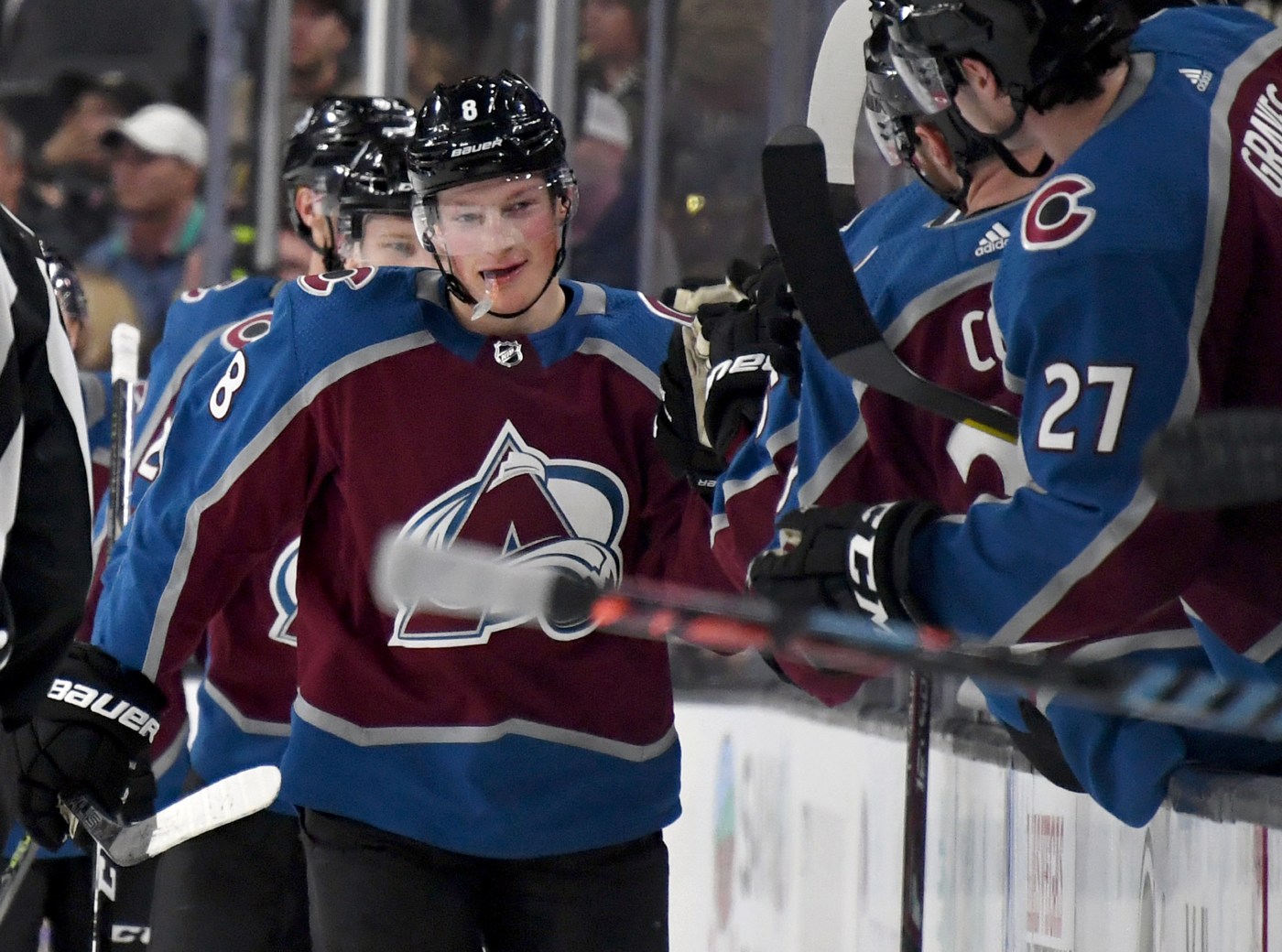 Playing consecutive-night NHL games with travel is a challenging chore.

Just ask the red-hot Avalanche, which wasn’t up to the challenge Saturday night at the Pepsi Center.

The Avs, following a six-game road stretch, was looking to improve to 5-0 at home and win their 11th straight game at the Pepsi Center, dating to last season. Instead, they dropped a 5-2 decision to Anaheim Ducks, who had a day off in Denver on Friday after losing their third straight game Thursday at Dallas.

Colorado, which allowed an empty-net goal with 2:13 remaining, fell to 8-2-1 but still is tied with Edmonton with a Western Conference-most 17 points. The Avs were coming off a 4-1-1 stretch on the road.

The Ducks never trailed Saturday and got a greasy third-period goal from rookie forward Max Comtois after Colorado got within 3-2 early in the final frame.

The Avs’ Nathan MacKinnon extended his team-record, season-opening points streak to 11 games when he scored his sixth goal of the season 1:38 of the third period to get the hosts within 3-2.

But Comtois, 20, scored his fourth career goal at 6:42 for Anaheim’s third two-goal lead of the game. He swatted in a loose puck from the doorstep while Avs goalie Pavel Francouz got tangled and was pinned against the ice.

The Ducks (7-5) led 2-0 after the first period and 3-1 after the second. The goals came from Adam Henrique, Carter Rowney and Ryan Getzlaf, the last of those just 3:06 after Colorado got within 2-1 on Joonas Donskoi’s bank-shot goal from behind the goal line.

Henrique beat Francouz with a wrist shot between the circles, Rowney outraced MacKinnon for a crease-front tap-in and Getzlaf, on the power play, scored with a wrister from the right circle.

Footnotes. The Avs played their second game without all-star winger Mikko Rantanen, who is week to week with a leg injury. … Colorado played with the same lineup as it did Friday, when it downed the Golden Knights 6-1 in Las Vegas. So the healthy scratches were forward Vladislav Kamenev and defenseman Mark Barberio.