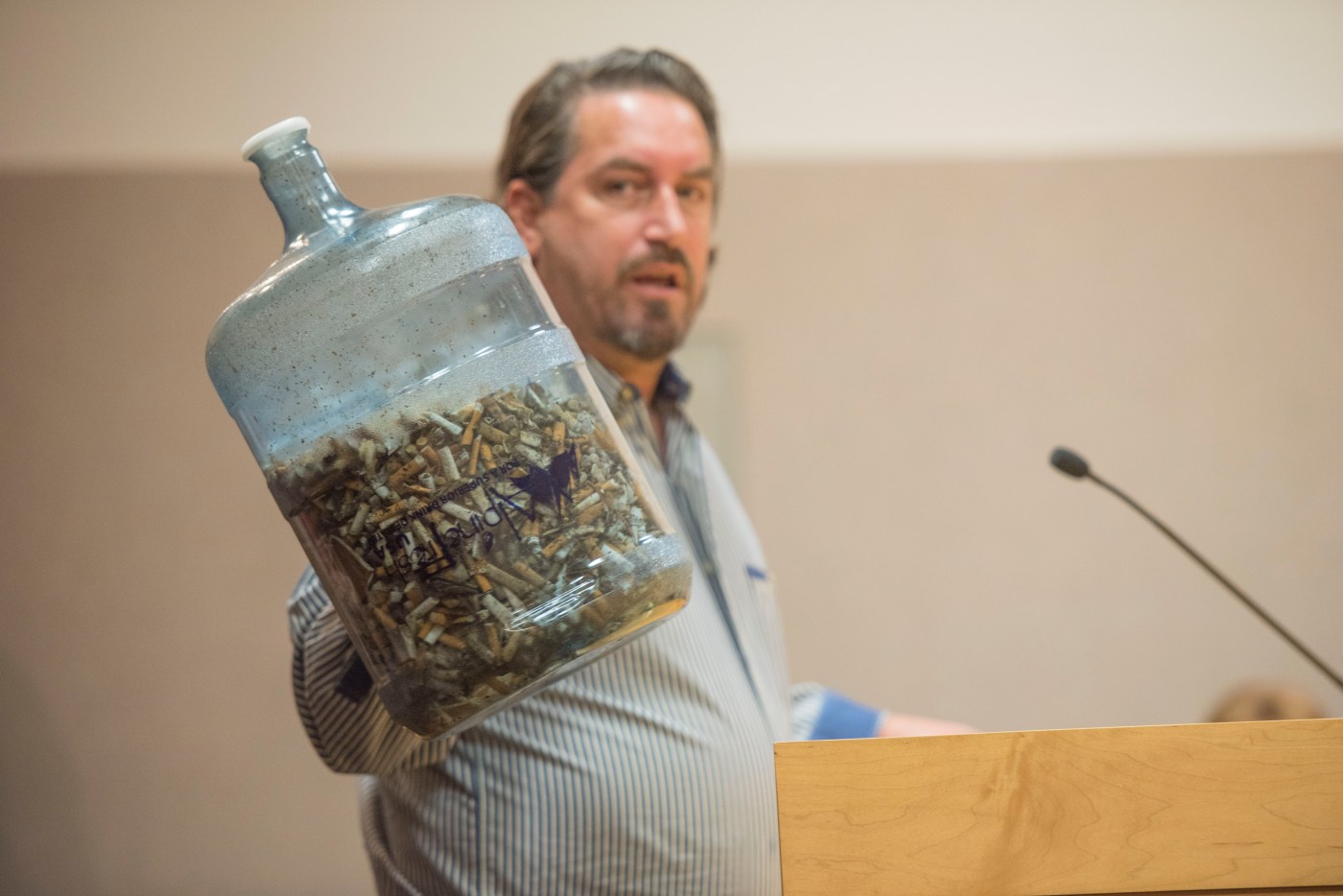 While some environmentalists are frustrated state lawmakers weren’t more aggressive in pushing green legislation this session, they can seek solace in several bills Gov. Gavin Newsom did sign by Sunday’s deadline.

Prominent among the new laws, most of which become effective Jan. 1, are a ban on smoking at state beaches and parks and a measure designed to deter new oil drilling in the state’s national parks and forests.

“Cigarettes are one of the biggest polluters on our beaches,” said Sen. Steve Glazer, D-Orinda, the smoking ban author. “It harms people through second-hand smoke and kills fish which are affected by the tainted trash. Many forest fires have been caused by discarded cigarettes and this bill can help there, too.”

The smoking ban had been vetoed seven times by Newsom predecessors Arnold Schwartzenegger and Jerry Brown. In his veto message last year, Brown said it was one rule too many to impose on people in “wide-open spaces.”

While Environment California’s Dan Jacobson applauded the green measures signed into law, he said they are insufficient.

“We did not do enough to stave off the worst impacts of climate change or reduce the amount of pollution we are dumping into the earth this year,”  the veteran lobbyist said. “If we want to be able to look into the eyes of our kids and say we made the environment cleaner, we are going to have to work a lot harder next year.

“Some bills took steps in the right direction but at this late point we need to move faster and smarter.”

Even the smoking ban had its critics among environmentalists, thanks in part to a bill amendment allowing smoking in the parking lots of state beaches and parks.

“You have seen for yourself the amount of cigarette waste in most parking lots,” said Los Angeles’ Scott St. Blaze, a longtime advocate for the ban. “Parking lots have long been a trouble area for such things.”

There were three particular disappointments for environmentalists:

Senate Bill 54 and Assembly Bill 1080, identical measures, offered a wide-ranging plan to reduce all single-use plastics and increase the amount recycled. The bills failed to reach the governor’s desk but are expected to be taken up by the Legislature again next year.

Assembly Bill 792 was an effort to buoy recycling by requiring plastic bottles used by beverage manufacturers to contain at least 50% recycled materials beginning in 2030. In his veto message, Newsom said he supported the measure’s intent but opposed a late amendment requiring the state to prove to manufacturers that their products could meet recycling goals.

Beside the smoking ban, here are key green bills signed into law by Newsom:

Sponsored by Assemblywoman Cottie Petrie-Norris. D-Laguna Beach. This bill is designed to address the beaches and other coastal areas expected to become submerged because of

sea-level rise. Prop. 68 funding earmarked for the coast will be prioritized to support green infrastructure – including dunes, kelp and marshes – over “gray” coastal armoring – which includes seawalls and boulders.

Sponsored by Assemblyman Ash Kalra, D-San Jose. This would ban hotels from supplying rooms and guests with small plastic containers for shampoo and other hygiene products. It would take effect in 2023 for hotels with more than 50 rooms and 2024 for others.