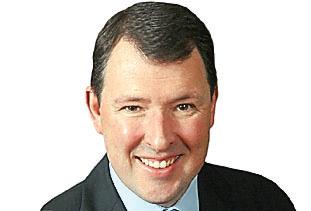 WASHINGTON — President Joe Biden says he will visit Ground Zero, the Pentagon and Shanksville, Pa., on the 20th anniversary of the Sept. 11, 2001, terrorist attacks.

Here is a better idea: stay away.

Biden has no business setting foot in those sacred places on that hallowed day. I take no joy in saying this. As a general rule, I believe that when a president attends a ceremony on behalf of the American people, he is not representing himself but the office of the presidency. We respect that office, even if we do not respect the man who occupies it.

But this is different. Joe Biden is the president who surrendered to the enemies who attacked us on 9/11. He not only surrendered but did so with dishonor — leaving stranded behind enemy lines American citizens, legal permanent residents, and the majority of our Afghan allies who risked their lives to help us. Not by accident, mind you. Intentionally. He ordered the last U.S. plane to take off from Kabul knowing that he was leaving them behind — even though he pledged not to leave until every American was out. He forced our NATO allies — who were in Afghanistan only because America was attacked on 9/11 — to do the same to their nationals and Afghan allies. This is a stain on the honor of our nation. At the very moment the bells ring at Ground Zero on 9/11, U.S. citizens and allies will be hiding from Taliban death squads because of Biden’s shameful decisions.

In carrying out America’s retreat, Biden knowingly put the safety of U.S. service members securing the airport in the hands of the Taliban and the Haqqani network — a U.S.-designated terrorist organization — by refusing a Taliban offer to let the U.S. military secure Kabul while we evacuated. The Taliban set up checkpoints where it prevented many Americans from reaching the airport, but it allowed a suicide bomber to get through — killing 13 Americans and injuring 18 more. On Saturday, those who died as a result of Biden’s blunder will rest in freshly dug graves, while those who survived will watch the ceremonies from hospital beds with injuries they will carry with them for the rest of their lives.

As the evacuation took place, Biden repeatedly lied to the American people. He said no Americans were having trouble getting to the airport, which was blatantly untrue. He said the United States had no interest in Afghanistan because al-Qaida was “gone” — when in fact al-Qaida is deeply embedded with the Taliban. He claimed no allies were questioning the United States’ credibility, when many of our allies were aghast at his display of weakness and publicly pleading with him to extend his artificial deadline. He said that none of his military advisers had recommended leaving a residual force, when some had. He even asked the Afghan president to lie about how the fight against the Taliban was going, urging him to project a different picture “whether it is true or not.” And after it was all over, he still declared his Afghan debacle an “extraordinary success.”

Worst of all, Biden explicitly chose to time his withdrawal to the 20th anniversary of the 9/11 attacks. There was no military justification for this. If operational considerations had driven his decisions, he would never have withdrawn U.S. forces during the summer fighting season. He pulled U.S. forces out when he did because he wanted to use the 9/11 commemorations as a political prop — so he could bask in the glory of having ended America’s longest war by the anniversary of the attacks that necessitated it. Instead, his incompetence is turning this solemn day of remembrance into a victory celebration for the terrorists. Last week, the Taliban — our new Afghan “partners” — broadcast a video crowing that America brought 9/11 on itself by our “policy of aggression against the Muslim world.”

By his dereliction of duty, Biden has abdicated his right to commemorate the anniversary of 9/11. The president who surrendered Afghanistan to our terrorist enemies has no business setting foot in Shanksville, where the heroes of Flight 93 launched the first American counterattack. The president who lost 13 American service members by putting their security in the hands of terrorists has no business laying a wreath at the spot where Flight 77 hit the Pentagon. The president who left our citizens and allies behind in Afghanistan and lied to the American people has no business at Ground Zero. His presence would insult the memory of those who died in that sacred place — and those who gave life and limb to deliver justice to the enemies who struck us that day.