Popular cryptocurrency exchange, Binance’s CEO, Changpeng Zhao has shown his “false disapproval” for stablecoins on Friday, while he called them “the worst nominal in crypto”.

Changpeng Zhao, who’s Binance exchange alternate between the top and second-largest cryptocurrency exchange by both daily trading volume and adjusted volumes took to his Twitter handle on Friday evening to made a jest of the set of assets, whose price were tagged to more stable currencies like the U.S. Dollars, declaring that they were the worst nominal in the cryptocurrency space.

However, as one may have noticed, no one better has access to the statistics relating to the individual and or collective performances of assets traded on an exchange better than the CEO himself, which would have been his major source of reference.

“Stable coin is the worst misnomers in crypto. There is nothing stable about it.

While 1 BTC still = 1 BTC “stablecoins” have dropped by 3x in value against BTC in the last 6 months.”

By definition, a stablecoin is one of a set of cryptocurrencies which has a fiat reserve. They are designed for a greatly reduced volatility. Sometimes, these reserves can be in the form of a bond or tradable physical assets like gold. In many cases, fiat-backed stablecoins are usually pegged to their backing fiat currency in the ratio one-to-one (1:1). In this kind of relationship, then, a single unit of the stablecoin coin has exactly the same value has a single unit of its corresponding fiat currency backing. For example, Tether(USDT) is backed by the U.S. dollar and currently trades at $1.00078 with a -0.71% 24-hour change in price.

In the meanwhile, stablecoins appeared not to be the only topic of discussion at the time. Changpeng Zhao had other important issues to discuss. He concluded that the exchange had just launched its Binance Great Britain Pounds (BGBP) on Binance Jersey. In this new system, Brits are enabled to deposit Great Britain Pounds directly on the exchange form their Jersey subsidiary. 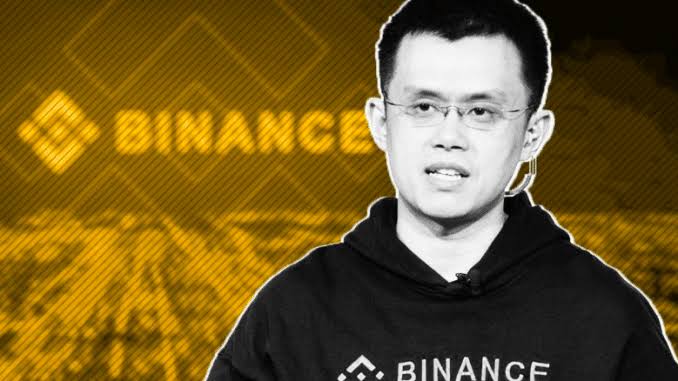 Popular cryptocurrency exchange, Binance’s CEO, Changpeng Zhao has shown his “false disapproval” for stablecoins on Friday, while he called them “the worst nominal in crypto”.