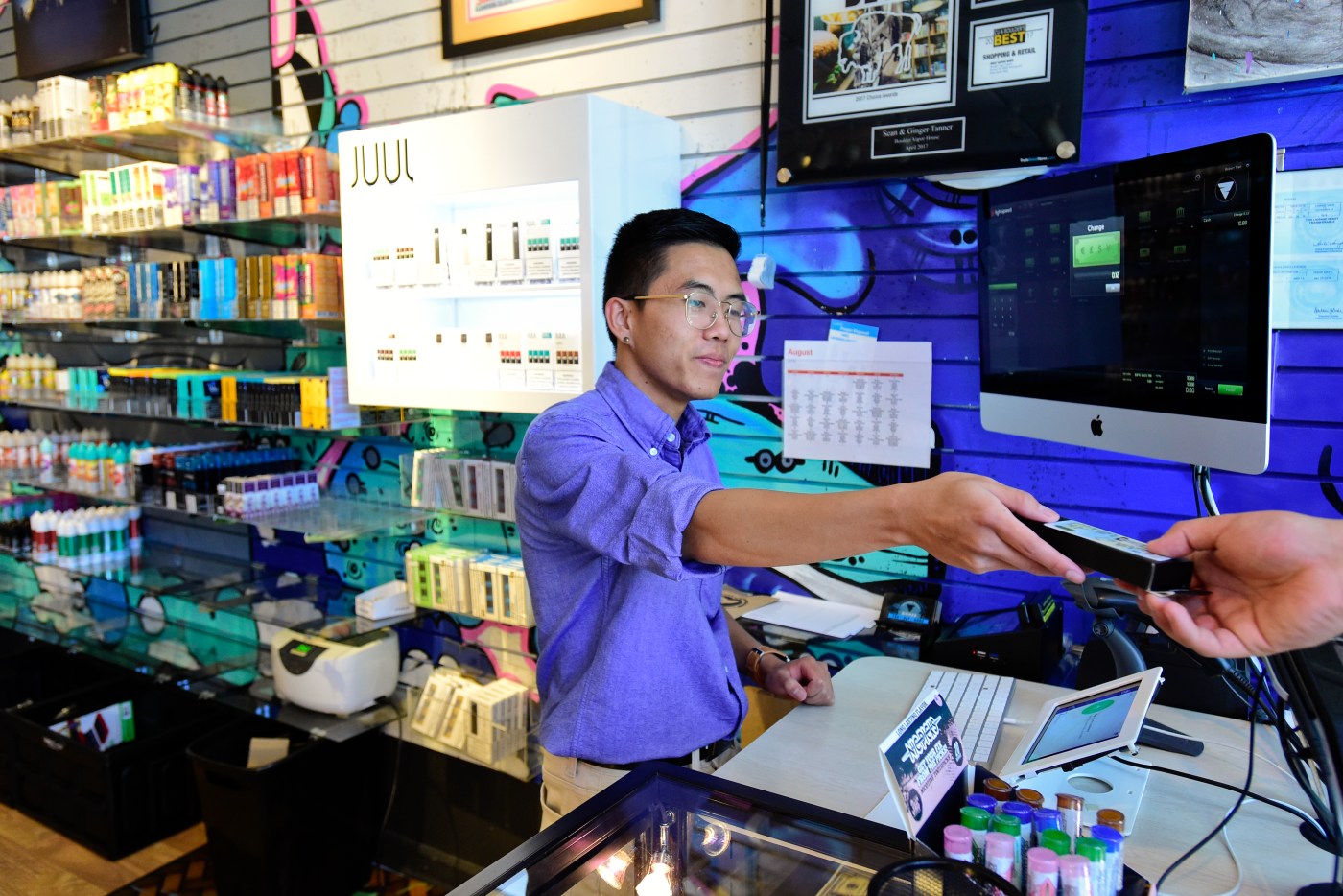 City council finalized a plan to ban sales of flavored vaporized products within Boulder, raised the age to buy tobacco and nicotine products to 21 and agreed to put a measure on the Nov. 5 ballot seeking voter approval of a 40% tax on vaping products that will remain legal, which will only be tobacco-flavored nicotine juice.

Whether the tax will be a sales tax, charged to the consumer at the point of sale, or an excise tax, charged to retailers during wholesale distribution, was unclear to reporters and a city spokesman present at Wednesday’s meeting — both options were on the table.

Council stopped short of including in the ballot question a $3 per pack tax on traditional cigarettes and a 40% tax on all other tobacco products, but city leaders agreed they would revisit putting local duties on those items if the Colorado Legislature fails to pass a statewide tax hike on them in next year’s session.

Whether to include cigarettes and other tobacco products in the tax ballot question was by far the most contentious point discussed by council.

While council members Aaron Brockett, Bob Yates, Lisa Morzel and Mary Young felt the focus should remain on vaping products because Boulder’s legislation had moved to approval quickly since council directed staff to draft it in July, other members worried taxing only the new-age nicotine delivery systems would shift users to traditional cigarettes.

Councilwoman Cindy Carlisle, a former smoker, was disappointed cigarettes were not included in the tax question, calling it a “half measure.”

While Mayor Suzanne Jones also was in favor of taxing a wider range of tobacco and nicotine-containing products, she disagreed with Carlisle’s assessment, saying the work by council was “a big step forward.”

Such illegal street sales of cigarettes have become especially prevalent in New York, he said, which charges the nation’s highest tax rate among the 50 states. Colorado currently has the 39th highest state tax rate on smokes at $0.84 per pack.

“Terrorist organizations have been successful in using cigarette trafficking to fund their illegal activity,” Marianos said. “Now Boulder doesn’t have that level of violent crime. But is it a ripe market for crooks when you do things like this? Absolutely. … It’s the new face of crime.”

The city’s regulations are in response to what is seen as a youth vaping epidemic, with 33% of Boulder Valley School District high school students admitting to consuming tobacco vapor, exceeding the Colorado average of 26.2% and the national average of 13.2%, according to a Boulder County Healthy Kids survey cited by city staff.

News reports this month show more than 100 people across the country have been hospitalized with lung problems apparently related to vaping and e-cigarette products. An Illinois resident died with a respiratory illness contracted after vaping, health officials said last week.

Council worries remain over whether youth could access the Boulder-banned products in nearby municipalities with less restrictive regulations, but it hopes those jurisdictions take up the issue and implement similar rules.

“Getting our neighbors to step up to the plate will be an important part of success,” Jones said.

Mint and menthol flavored vaping products will be allowed to continue to be sold in the city through Jan. 1, so businesses can empty their inventories. Council recognized some businesses in the city might have to close as a result of the flavored vapor ban.

One of those is Boulder Vapor House on University Hill.

“If I am only selling tobacco-flavored products, my business is not going to exist,” Boulder Vapor House owner Ginger Tanner said.

Based on her store’s 2018 revenue, she calculated that, with a 40% tax, 14 businesses in Boulder retailing vapor would have generated nearly $3.7 million in tax revenue had they been allowed to sell all flavors to customers 18 and older, $281,000 had they been allowed to sell menthol flavored products and nearly $193,000 with just tobacco flavored sales.

Under the city’s new rules, tobacco retailers are barred from selling more than two e-cigarettes or four associated products, including vapor refills, to any one person in any 24-hour period.

Additionally, the city’s tobacco retailers would be prohibited from selling any tobacco products including e-cigarettes and vapor online without first verifying the purchaser’s age and identity by comparing information entered by the purchaser against at least two databases, excluding self-reported, social media or marketing data sets.

Boulder is threatening up to a $5,000 penalty on those caught violating the proposed ban on selling flavored tobacco products. The U.S. in 2009 banned flavors other than menthol from being used in traditional cigarettes with the Family Smoking Prevention and Tobacco Control Act.

Tobacco retailers possessing four or more flavored products will be presumed to have intent to sell them or offer their sale, the city ordinance states.

The regulatory rule will go into effect 30 days from the time of final council adoption, set for next week.