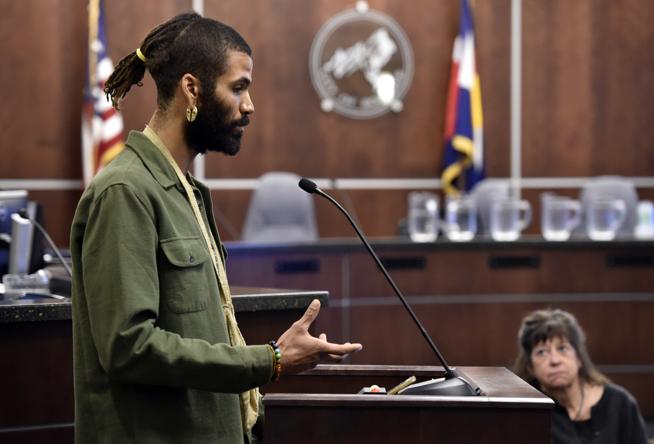 While City Council on Tuesday gave unanimous final approval to recommendations from the Police Oversight Task Force to install an auditor-monitor to investigate complaints against officers, along with a new panel of community members to evaluate the auditor-monitor, there is more to do before the fresh model comes to life.

A majority of the task force plans to continue meeting to nail down how a selection committee for the new public panel will be put together, how the new panel should report back to city officials, term lengths for panel members, how members could be removed and what the qualifications of the police auditor-monitor should be.

Creating a new system of public influence over the police department became a priority for Council after community members, especially those of color, responded with outrage to officer body-camera footage and news reports of a March incident involving a now-former Boulder policeman and then-Naropa University student Zayd Atkinson.

The policeman, John Smyly, repeatedly asked Atkinson, who is black, for proof of residency while he was picking up trash outside an apartment building, with multiple other officers eventually responding.

While the city negotiated Smyly’s departure from the police department with severance pay, the department’s internal investigation found there was no evidence racial bias contributed to the incident Council and community members considered troubling. That finding was backed by an independent review conducted by former U.S. Attorney Bob Troyer.

Now, an auditor-monitor, once hired by the city, will have say over how such incidents are handled.

The position will work to inspect police internal affairs probes and send its findings of whether those are complete and accurate onto the new 11-member public panel, with both the panel and the auditor-monitor able to make recommendations to the police chief on policy and outcomes of internal probes.

Ultimately power to discipline an officer as a result of an internal probe will rest with the police chief.

“We think that in the process we have designed that these investigations are going to be so good and so thorough and so well done, that when the police chief makes a recommendation we believe it will be the correct recommendation,” Task Force Member Todd Conklin Jr. said.

The new panel of community members will replace the current Professional Standards Review Panel, a body of six Boulder residents and six police department employees, including four sworn officers, tasked with analyzing internal police investigations into officer behavior and ensuring they are fair and thorough.

The timing of the phaseout of that Professional Standards panel will be another step on which recommendations will come from task force members planning to serve as the implementation committee for the new model of police oversight.

Police hope to iron out some points of concern during the implementation process, although Officer Mark Bliley while speaking to Council Tuesday did not specify those concerns.

“The Boulder Police Officers Association and the Boulder Police Union has identified several areas we have concerns about how it’s initially put together, but also knowing that these things should be worked out in time … as long as we are given that time and not rushed to any kind of final outcome in this,” Bliley said. “… We also know … this is a collective effort.”

In addition to bringing a new auditor-monitor on board, Council has reserved the option to hire an independent contractor to investigate any complaints against officers deemed extremely serious or those of particular community concern.

Council members were pleased with the level of commitment and research the task force put into the proposal.

“I’m extremely grateful to the task force, I think they’ve done such a thorough job in a very short period of time,” Councilwoman Cindy Carlisle said.

The task force hopes to have implementation recommendations to bring back to Council in 2020.