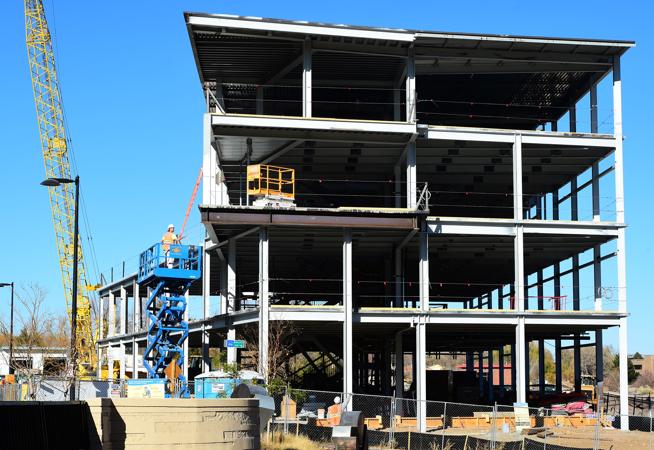 Just before Boulder City Council ended one development moratorium Tuesday, it extended another.

Council approved a new method for developers to get exemptions to building height limits, by requiring increased affordable housing opportunities to the city for height boosts for fourth and fifth stories that take structure above 35 or 38 feet. The decision came before council lifted a moratorium on new construction in the east-central Boulder federal opportunity zone.

Those heights were what council imposed as the citywide caps in 2017, with most zoning districts allowing for up to 35 feet and some up to 38, when it adopted a moratorium on granting exceptions to potentially allow structures up to 55 feet, the citywide limit approved by voters in 1971.

But council responded to what it viewed as more frequent requests for buildings above 35 or 38 feet with the ban on considering them, except for in eight sections Boulder where height exemptions may still be granted under the moratorium.

Those are University Hill, 29th Street Mall, Boulder Junction, Gunbarrel, a small block on north Broadway, a block west of Foothills Parkway just south of Baseline Road and an area on the north side of Arapahoe Avenue.

Under the new rules, developers would have to make 36% of a project’s housing units that are above the height limit in a fourth or fifth story affordable dwellings to low and middle income households, more than the normal 25% requirement for new buildings under the 35-feet and 38-feet height limits, and for floor area beneath the limit in buildings that exceed the height limit.

For non-residential projects, developers would be subject to affordable housing linkage fees that are 43% higher than standard rates for the square footage above the 35-feet or 38-feet limits. Those fees for office space are currently $18.27 per square foot, a rate set to jump to $24.14 in 2020 and $30 in 2021.

But council left in place the regulation allowing exemptions to be granted only in select areas of the city through May 2021, adding the city-owned Alpine-Balsam site and a residential high-density zone off of 28th Street and Colorado Avenue to the list of areas height exemptions can be considered.