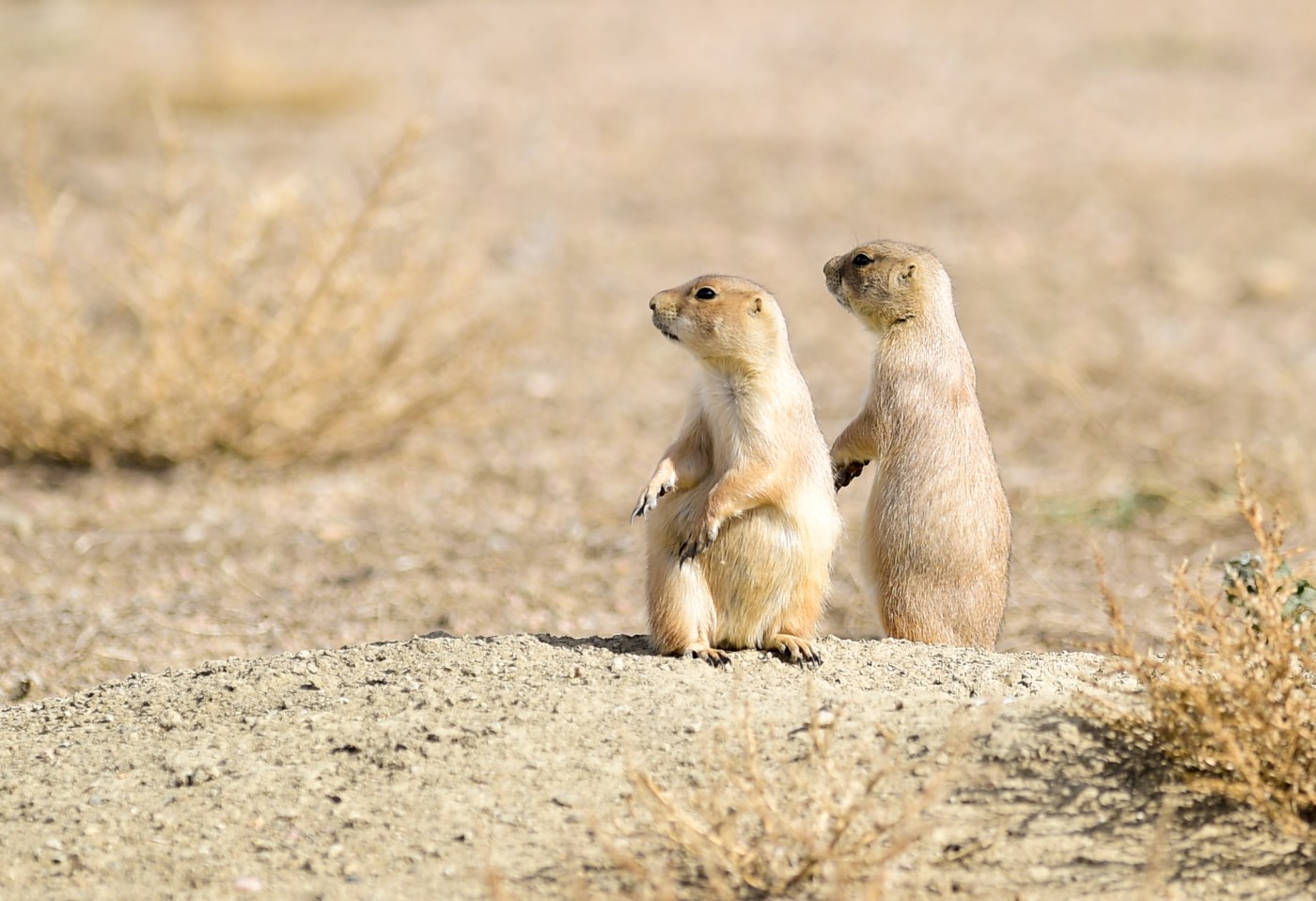 Every dog has his or her day, and for thousands of prairie dogs on irrigated city of Boulder open space agricultural land north of Jay Road, a big day is fast approaching.

Solutions on the table for discussion, based on recommendations from the Open Space and Mountain Parks Board of Trustees and a director from Boulder City Council, will include the controversial measure of lethal control.

The number of critters, beloved by many, reviled by others, on the 1,052 acres of irrigable city agricultural land as of 2018 is “probably 20,000 to 40,000,” according to Heather Swanson, Boulder’s ecological stewardship supervisor. That number is based on typical density ranges, Swanson said, not actual data on prairie dogs’ current densities and population levels.

Swanson said those numbers will hopefully be updated with 2019 data currently being finalized through open space staff’s annual mapping, prior to the upcoming open house.

The total acreage of irrigable lands overlapping with prairie dog habitat in the project area — north of Jay Road and between U.S. 36 and the Longmont Diagonal — to be addressed at Wednesday’s meeting is 967, according to OSMP spokesman Phil Yates. That’s out of a total of 6,937 acres in the project area.

“We’re going to be talking about agriculture on open space, as well as prairie dogs on open space, and where those two intersect and the scope of the issue, and what some of the possibilities might be that are available to us,” Swanson said in an interview.

The broader issue of the impact of prairie dogs on public, as well as private lands, flared anew earlier this year as the city’s Prairie Dog Working Group Phase II recommendations were forwarded to the open space trustees and City Council. Those highlighted a conflict between the city’s prairie dog management practices and viable open space agricultural operations, ongoing soil degradation and loss, and resulting limits on OSMP’s ability to implement soil carbon farming and climate mitigation practices.

At a May 7 meeting marked by local farmers who lease hundreds of acres from Boulder north of the city who claimed that prairie dogs’ proliferation could drive them out of business, the council voted to authorize an “expedited public process” to look at the agricultural uses on the city’s northern grasslands. That measure cited measures including lethal control — not an easy sell in this community — as one possible means, but not the only, to achieve the city’s open space goals.

As part of that process, the public is invited to hear staff’s thinking, and to vent their own, on a process that although labeled “expedited,” is playing out with a level of deliberation. Following Wednesday’s session, it will be early January before the open space staff produces a set of recommendations for trustees to consider.

Community members who cannot make the meeting are invited to submit comments through an online questionnaire available from Wednesday through midnight, Nov. 6 at bouldercolorado.gov/osmp/prairie-dogs-process#1.

“I think people have strong feelings around both sustainable agriculture as well as native wildlife conservation,” Swanson said. “Anytime those things come in direct conflict, it’s certainly a sensitive issue for a lot of people.”

But she doesn’t see killing prairie dogs as an inevitable outcome of the process.

“I don’t think there’s anything inevitable,” Swanson said. “I think we really are going into this community process wanting to hear from the community, where their priorities lie and where they feel the competing values can best be balanced.”

Tom Isaacson, chair of the OSMP Board of Trustees, will be on hand at the public session, mostly in a listening mode, he said. Some level of lethal control, he suggested, could be unavoidable

Means of doing so could range from capturing individuals and relocating them to raptor recovery or black-footed ferret breeding programs, to killing them in their burrows with carbon dioxide canisters, with several options in between.

“Assuming that the plague does not occur, or some other sudden loss of prairie dog population, then the opinion the board expressed, and I continue to agree with is that we can’t solve the conflict on irrigated agriculture lands solely through relocating prairie dogs,” Isaacson said.

“That does not mean that relocation isn’t a tool in the tool box. But it does mean that by itself, we could not possibly relocate enough, fast enough, to solve the conflict. So to me, subject to hearing something new that we haven’t heard before, that means at some level there is a fundamental choice between an adverse impact to the agricultural operations, versus lethal control of prairie dogs.”

Isaacson added, “I would love to find a solution that takes us out of that trade-off, but based on everything we know, that’s the tradeoff we face … But this is unlikely to be an one-size fits all approach.”

Isaacson anticipates the OSMP staff will have a presentation to he and his fellow trustees on the topic in early January, and that trustees will devote a study session to the topic Feb. 12, with a revised version of the staff’s recommendations ready for a trustees’ vote March 11, after which those recommendations will be forwarded to the City Council.

Among those watching the process closely is the nonprofit Front Range Nesting Bald Eagle Studies group, which is currently in dialogue with Boulder County open space officials about its prairie dog management strategies, as it might impact the eight active and one alternate bald eagle nesting sites on or adjacent to county managed open space.

Boulder resident Dana Bove, who is a member and president of the eagle advocacy group’s board, expects to be in attendance at Wednesday’s city open space meeting.

“I think all species that prey upon prairie dogs, especially all raptor species, they have to be considered in these management policies,” Bove said.

“Both Boulder and Boulder County, compared to everything else out there, they are fairly progressive agencies in their management policies regarding wildlife,” Bove said. “We feel like these fairly progressive agencies, whether (U.S.) Fish and Wildlife is making them abide by their rules or not, they should be abiding by those federal rules, just based on the principle of protecting wildlife, and especially, eagles.”

Swanson said the city’s conservation language relating to prairie dogs references “prairie dogs and associated species,” which includes thorough consideration of several varieties of raptors that prey on them, as well as other species that use their burrows, including rattlesnakes, bull snakes and burrowing owls.

“Those are very integral in our conservation planning and our conservation goals,” Swanson said. “And anything that would impact those would be an important consideration, in weighing alternatives and looking at pros and cons of the impacts of whatever is proposed.”

Isaacson emphasized the “expedited” process for land that is subject to the Wednesday public meeting is but one aspect of the larger issue of prairie dog management on Boulder public land, which is also being addressed through the ongoing work of the Prairie Dog Working Group, and the city’s first ever Open Space Master Plan, passed by the City Council Sept. 3.

More information: Community members unable to make the meeting are invited to submit comments through an online questionnaire that will be available from Wednesday through midnight Nov. 6, at bouldercolorado.gov/osmp/prairie-dogs-process#1.