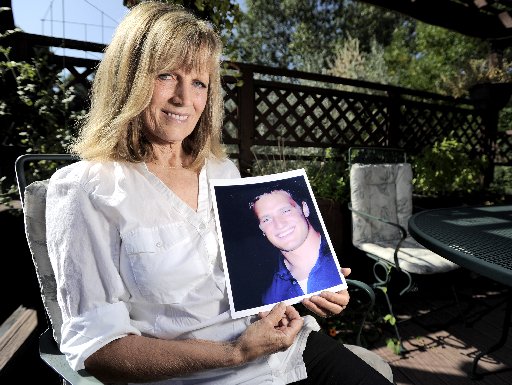 The Boulder County Coroner’s office has ruled that Cindy Baker, a woman whose body was found in a pond on her north Boulder property in late September, died in an accidental drowning.

Baker, 71, a longtime teacher for the Boulder Valley School District, was discovered in a pond on her property in the 2100 block of Tamarack Avenue on the afternoon of Sept. 24.

The coroner’s report released Thursday listed the manner of death to be an accident, and the cause as drowning, with “acute ethanol intoxication” as a contributory condition. It showed a blood alcohol level of .199, more than double the legal limit for driving.

Baker lost her husband, Lynn Paul “Bakes” Baker — a standout basketball and track and field athlete while at the University of Colorado Boulder  — whom she’d married in 1971, to Parkinson’s disease in the spring of this year.

Together, the Bakers had endured the tragic loss of the younger of their two sons, Tieg Baker, who studied engineering and played football at CU Boulder, to suicide in June of 2005. He was 22 years old.

Tieg Baker’s death prompted Cindy Baker to lend her voice and support to advocacy around suicide and depression through participation in groups including the HOPE Coalition of Boulder County. She also spoke openly of the family’s struggles with her son’s suicide, telling the Colorado Daily in 2009, “I share his story very often. My hope is to prevent another student from doing the same thing.”

Cindy Baker also founded Tieg’s Walk/Run, an annual event held most recently in September 2018, according to the website for Tieg’s Foundation. The event, to honor the victims of suicide in Boulder County and beyond, included a reception at the Bakers’ Tamarack Avenue home, known to the family and their many friends throughout the community as “Baker’s Acre.”