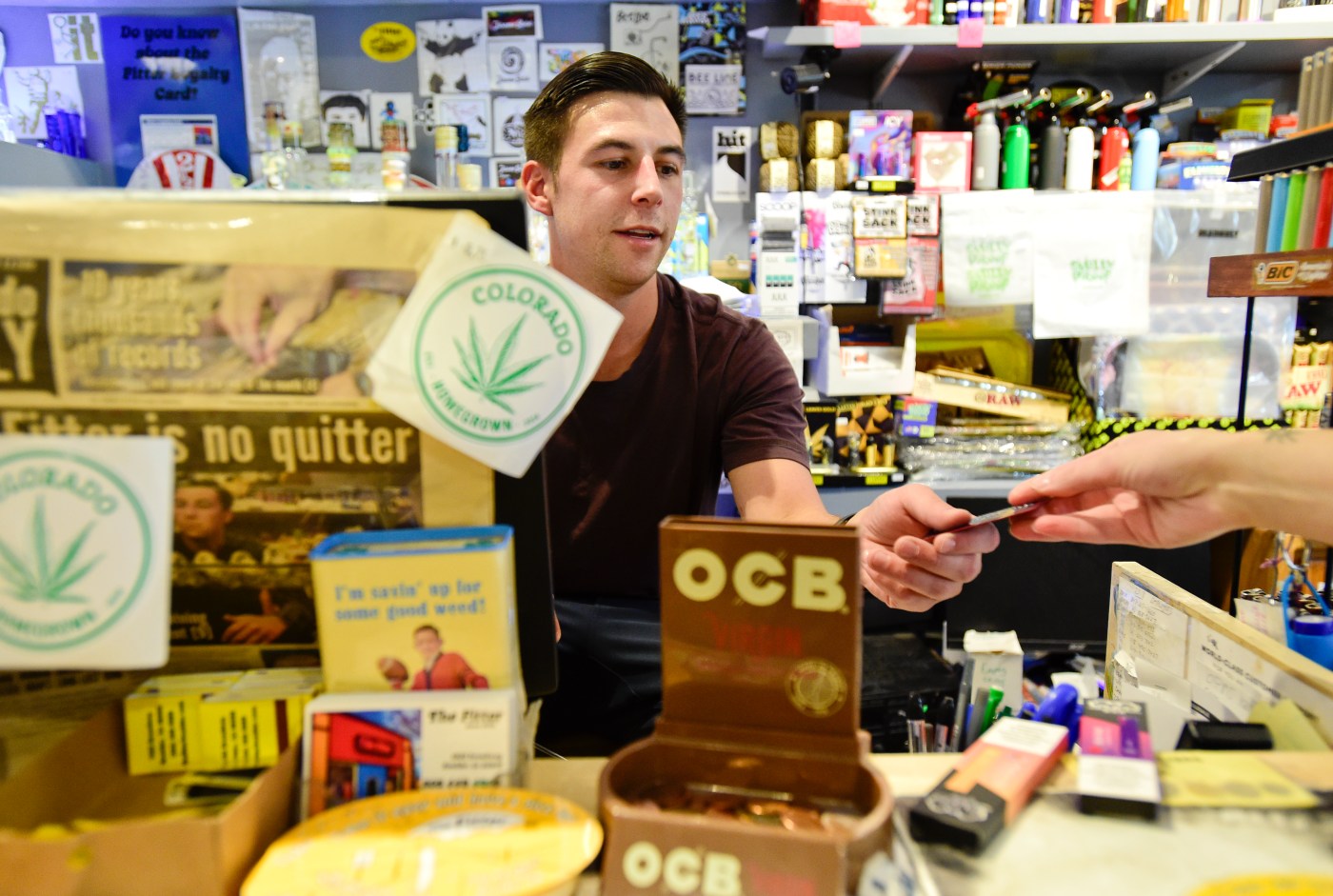 Boulder’s new ban on flavored vapor and took effect Thursday, and at least one local business is shuttering as a result.

The age to buy tobacco and nicotine-containing products in Boulder was also bumped to 21 Thursday with the flavor ban.

Boulder Vapor House on University Hill is closing up shop at the end of the month, and owner Ginger Tanner places the blame fully on the city’s new e-cigarette flavor regulations, imposed by city council after dozens of concerned parents begged officials to put rules into place to curb youth use of nicotine-containing products.

“That’s what the government does to businesses like mine,” Tanner said.

Boulder Valley Schools students use the products at a higher rate than those students in other districts across the state, with a Boulder Valley Healthy Kids study cited by city staff earlier this year showing 33% of Boulder Valley high school students consume tobacco vapor.

The state average of vapor use, according to those statistics, was 26.2% of high schoolers, and 13.2% nationally; a Boulder news release Wednesday, though, said a study found 46% of Boulder Valley students have used an electronic vaping device, and of those vape-using students under 18, formerly the age at which one could legally purchase vapor and tobacco, 25% were able to buy their own e-cigarette products.

The city release claimed there has been a 78% jump nationwide in e-cigarette use by high schoolers since 2018.

The new-age smoking devices have come under fire since media reports of at least 1,479 cases of a mysterious vaping related illness across every state but Alaska, including 33 fatal cases as of earlier this month, have gripped the nation.

But Tanner points to many states’ lack of regulations for marijuana, and the resulting black markets for the federally illegal plant, as the primary cause for the illness.

She is right; the Centers for Disease Control and Prevention has narrowed in on vaping products containing pot’s psychoactive ingredient, THC, as a major component in the vaping-related illness outbreak, particularly those made by informal sources, according to the Washington Post.

Those products are created without government stamps of approval, unlike Colorado’s state-regulated marijuana concentrate manufacturers that sell vaporizer cartridges and other items to licensed dispensaries.

“Our products don’t have the same impact, compounds and ingredients as what they are adding into THC cartridges in other states,” Tanner said.

But available data from a portion of vaping-related illness patients suggests they had only vaped nicotine products, the Post reported.

Tanner and her husband moved to Boulder about six-and-a-half years ago to open Boulder Vapor House, and served over 16,000 customers who she said were age-verified.

“The fact that I hear we are collateral damage because of the decisions (city council) is making is pretty disheartening,” Tanner said.

At The Fitter on Broadway, which sells paraphernalia in addition to vapor products, including flavored varieties, customers were stocking up on their favorite tastes before they could no longer buy them in Boulder, the shop owner’s son and manager Jason Dahl said.

“When they were first talking about (the flavor ban), there were a lot of people who were like, ‘That thing isn’t gong to pass,’” Dahl said. “I told them I grew up here, I know this city council. I would say don’t ever underestimate concerned parents.”

He said the flavor ban won’t hit his family’s business as hard some other stores in Boulder, stating that flavored vapor and e-cigarette devices account for only about 8% of their sales.

Plus, Dahl claims he’s heard from some customers who aren’t bitter toward Boulder officials for clamping down on flavors.

“A lot of the customers I’ve talked to are happy it’s being banned, they think it will force them to quit,” Dahl said. “I’ve had a lot of people that have kind of embraced it.”

Also under the city’s new rules, no one retailer can sell more than two electronic cigarettes or four associated products, including refills, to any one person in a 24-hour period.

The city is allowing menthol-flavored products to continue to be sold until the end of the year. On Jan. 1, 2020, menthol flavored vapor products will also be banned from sale.

When Boulder council adopted the new vapor regulations in hopes of decreasing youth use, it called on neighboring jurisdictions to take action as well, admitting the city’s regulation would be less effective if the rules stayed the same nearby; so far, Lafayette and Superior have agreed to raise the purchase age for tobacco and vapor to 21, but have not been so heavy-handed as to ban flavored products