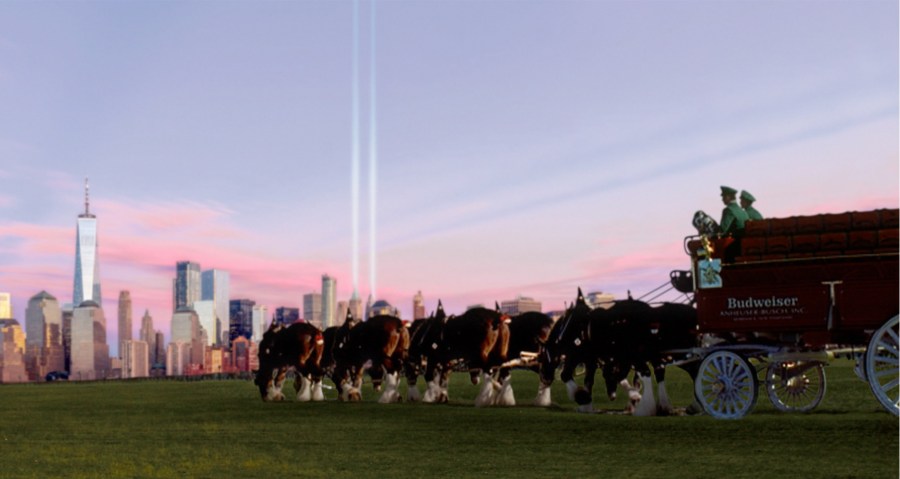 ST. LOUIS, Mo. (KTVI) — As the nation marks the 20th anniversary of the September 11 attacks, the moment offers a reminder of the role a St. Louis-based company played in paying tribute to the memory of those who lost their lives that day. All through an ad that only aired once.

Anheuser Busch just updated the ad to mark two decades since the attacks. The new digital additions to the commercial feature a modern New York skyline with the completed One World Trade building. You can also see the ad during broadcasts on the anniversary and through social media.

The ad, which aired nearly five months later during the Super Bowl on February 3, 2002, shows the Budweiser Clydesdales traveling to New York City bowing their heads.

The updated ad is scheduled to broadcast on September 11th during the Airforce vs. Navy game at 3:30 PM EST and the Yankees vs. Mets game at 7:40 PM EST.

While the ad is powerfully simple, it was the result of a monumental effort at the time, which involved Congress, the New York City Mayor’s Office, and others at a time when the city and the country, was in a fragile moment.

“We filmed in New York City. We had a helicopter going over the Brooklyn Bridge. Mayor Giuliani let us into the city. The only film company of any sort right after 9-11 to actually come into air space with our helicopter to film the Clydesdale the hitch coming into Battery Park and it was amazing…just amazing,” said Bob Lachky, former executive vice president of AB Global Creative.

The company released a remastered version of the ad to mark the 10th anniversary and to bring awareness to the fundraising campaign for the National September 11 Memorial.