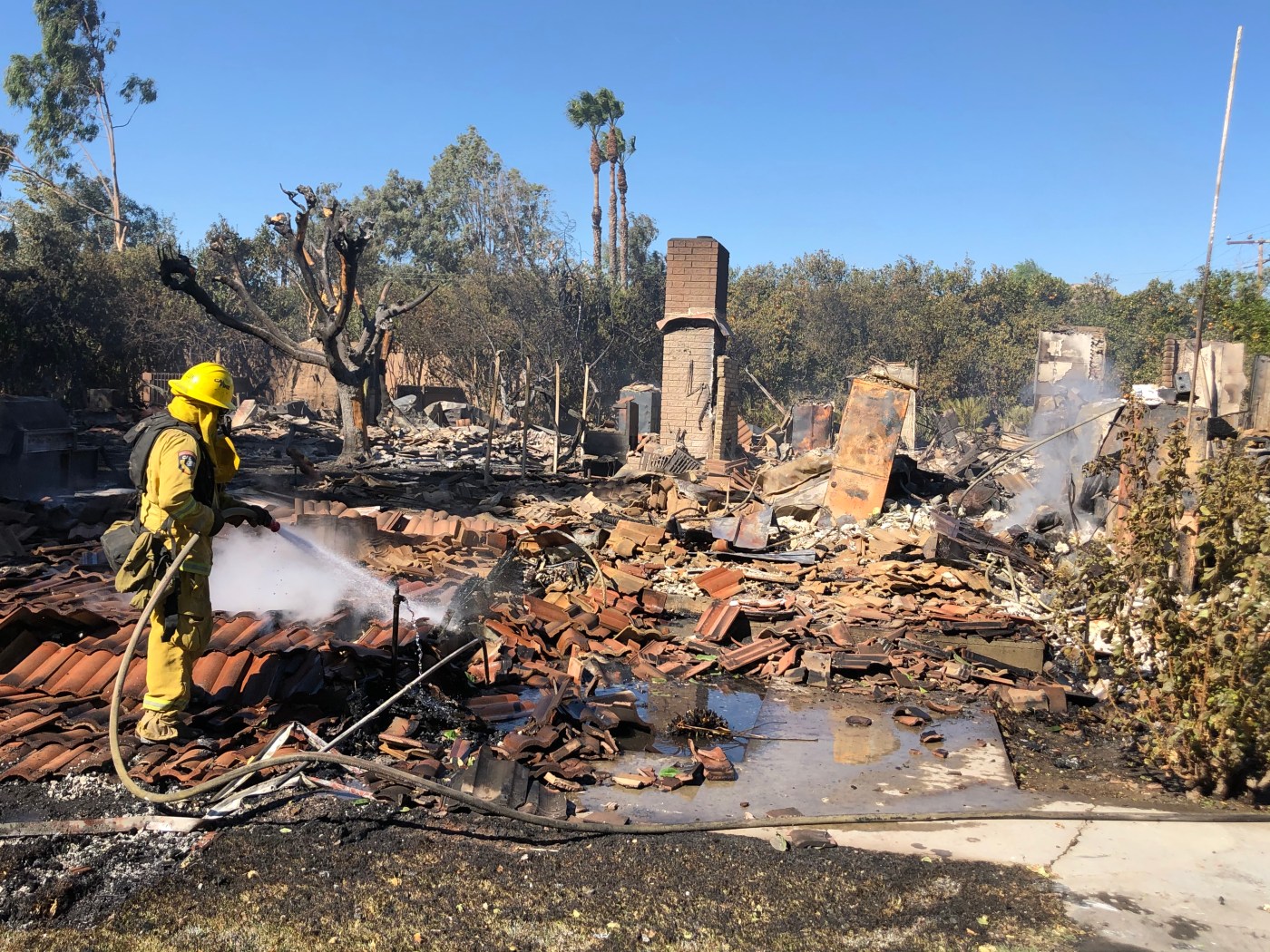 The flames  of the 46 fire that roared southwest through the Rubidoux neighborhood of Jurupa Valley early Halloween morning rousted, then mobilized, a family of more than a dozen who raced up and down their dirt road to warn others.

“We woke up to a little bit of smoke, everyone yelling, and flames that were tremendous,” said Jazmin Guzman, 35. Hours after the fire blasted through about 1 a.m., she recounted the ordeal while still wearing Christmas-themed pajamas and an American Red Cross blanket.

I’m happy to say that many of Dr. Butchko’s birds survived. pic.twitter.com/5fP4UD4but

Her brother, Humberto Guzman, 47, said he went to one home and yelled, “Butchko! Butchko! Fire! Fire!”

That was the home of Ruby Butchko, widow of the well-known and beloved veterinarian Michael Butchko. Dr. Butchko, as he was simply known, died in February at 81. Ruby Butchko was awakened and safely evacuated, the Guzmans said. But the house was destroyed, with only the chimney left standing.

Later Thursday morning, a Butchko family friend named Rose, who declined to give her last name, arrived to check on the Butchkos’ menagerie of exotic birds and animals. She estimated that there were 200 peacocks on the property. A few had died in their pens while others kicked up ash when they flapped their wings. A barn that housed lovebirds, parakeets, geese and other birds was a pile of rubble, Rose pointed out while choking up.

While the flames burned the main house and much of the equipment on the ranch, a second house somehow escaped the flames.

Another Butchko family friend who declined to comment at length said she had known the Butchkos for many years. She walked up to a pen where badly burned goat carcasses were piled up near the closed gate where they died, apparently while trying to get out.

“Damn,” the woman said to a companion. “Let’s move these before Mrs. B sees them.”