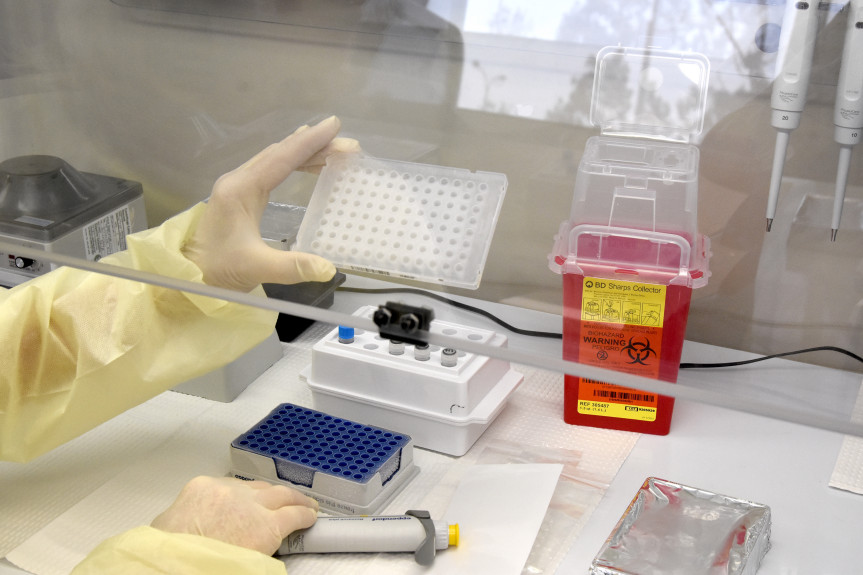 An inmate at a state prison in Chino has tested positive for coronavirus, as well as four additional employees who work at the facility, officials said Sunday, March 29.

The prisoner in Chino is the first incarcerated person at the California Institution for Men (CIM) to contract COVID-19, Department of Corrections and Rehabilitation (CDCR) officials said in an update on their website. A second inmate at the California State Prison, Los Angeles County in Lancaster was also diagnosed with the disease, bringing the number of people in custody at state correctional facilities and known to have been infected with the new disease up to three.

CDCR officials had announced Saturday, March 21 that a pair of staff members at CIM had become two of the first people working in California’s prison system known to have contracted coronavirus. Authorities learned another employee had been infected three days later. By Sunday afternoon, there were seven confirmed cases of COVID-19 among CIM staff, after four more employees tested positive for the disease, CDCR officials said. A total of 18 of the agency’s employees throughout the state have contracted the virus.

Meanwhile, positive COVID-19 cases have also been detected among staff and inmates at jails in Riverside and Orange Counties.

A trace investigation was underway to determine how the newest patients acquired the pathogen, and who they may have been in contact with, CDCR spokeswoman Dana Simas said Sunday. Any prisoners who may have been exposed to coronavirus will be placed under quarantine, monitored for symptoms and tested for COVID-19. Specific details regarding how many people the recently diagnosed inmate in Chino may have been housed with were not immediately released.

The CDCR had administered tests to 205 inmates statewide as of Sunday. The agency is responsible for screening prisoners, but cases involving prison employees are self-reported and typically conducted by private health care providers, Simas said. Figures regarding the number of staff and prisoners placed into quarantine or isolation with possible COVID-19 symptoms were not immediately available.

Corrections officials have made sweeping changes in hopes of preventing a major outbreak within the prison population, including the suspension of all out of state inmate transfers from and outside visits to CDCR facilities. Last week, Gov. Gavin Newsom announced he signed an order to immediately halt the intake and transfer of inmates and youth into California’s 35 state prisons and four youth correctional facilities.

Newsom said the executive order was issued to protect the health and safety of state inmates, youth and staff following the recent confirmed COVID-19 cases in state prisons.

Officials have also directed the California Prison Industry Authority to begin producing hand sanitizer for use by inmates and staff at dispensers that will be placed in housing units, dining halls, work change areas and anywhere else soap and sinks may not be immediately available.

New hand sanitizer being produced by @CAL_PIA for staff and incarcerated population. Is being placed in housing units, dining halls, work change areas, and other areas where soap and sinks are not available. More info https://t.co/EZq5DZUjNM pic.twitter.com/xeKTjwI1Gk