Coronavirus testing needs to go up by 350,000 per day for the US to reopen, Harvard researchers say

Coronavirus testing needs to go up by 350,000 per day for the US to reopen, Harvard researchers say 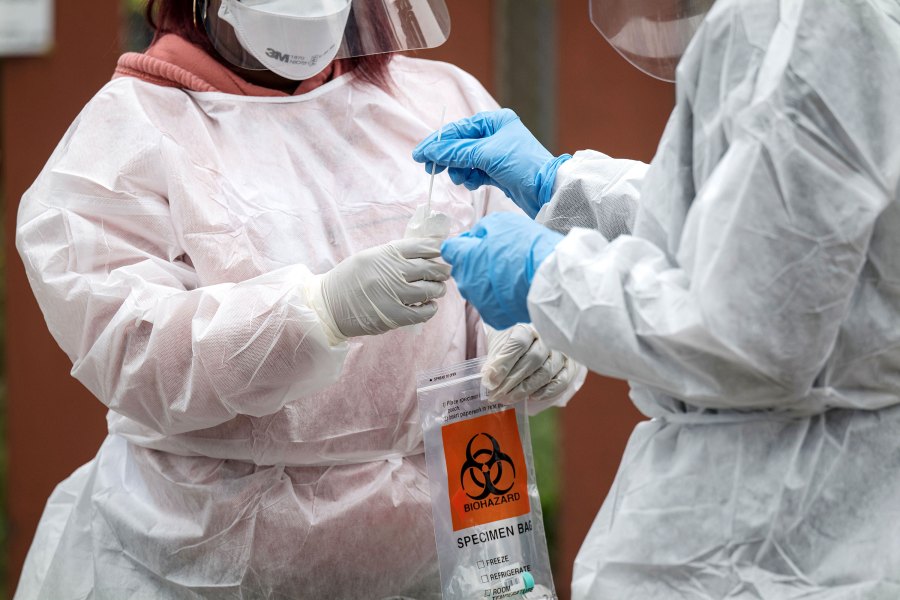 (CNN) — If the United States wants the economy to open back up — and stay that way — coronavirus testing must go up to at least 500,000 per day, Harvard researchers said.

The US has reported more than 735,000 coronavirus cases and 39,095 deaths, according to data from Johns Hopkins University. Though some officials have warned against it, several states are looking to reopen as soon as possible. Protesters showed up in the capitals of Indiana, Maryland, New Hampshire and Texas this weekend to decry their states’ stay-at-home orders.

And the number of positive tests must also be much lower, the researchers said. In the US, 20% of those tested for coronavirus get positive results. The World Health Organization has said that to reopen, that number should be between 3% to 12%.

In a three-part guideline released last week, the White House said states can enter the first phase toward reopening once they see a continued decrease over two weeks.

Experts have long said one of the major determining factors behind governors’ decisions to reopen their economies should be testing.

Testing is crucial to determine who’s infected and a risk to others.

The US is currently lacking the testing capacity critical to reopening, and the roll out of tests was stalled from the start of the national outbreak.

That delay stemmed from contamination in manufacturing the Centers for Disease Control and Prevention coronavirus test, multiple health officials told CNN. Part of that contamination came from the CDC not adhering to its own protocols, according to the US Food and Drug Administration. It said the test was made in a CDC laboratory instead of one of its manufacturing facilities, which is not consistent with its protocol.

“Routine quality control measures aim to identify these types of issues. Those measures were not sufficient in this circumstance, and CDC implemented enhanced quality control to address the issue and will be assessing this issue moving forward,” CDC spokesman Benjamin Haynes said.

Some states are already taking steps to begin reopening, though the changes are gradual and limited mostly to outdoor activities.

In South Carolina, Gov. Henry McMaster is expected to announce Monday that he lifted restrictions on beach access and retail stores, according to a report from The Post and Courier newspaper in Charleston. In Florida, residents flocked to Jacksonville beaches after officials announced a soft opening Friday night allowing for recreational activities for several hours each day.

But Jacksonville Mayor Lenny Curry said the openings do not mean the area is done flattening the curve but provide a responsible way to exercise outdoors.

The soft reopening comes on the same weekend that Gov. Ron DeSantis announced that the Florida Department of Health has released the names of 303 long-term care facilities that have reported Covid-19 cases. Of the 1,627 residents or staff members who have contracted the illness, 162 have died, the department said Saturday.

Texas Gov. Greg Abbott issued an executive order Friday easing some measures next week — ordering state parks to reopen by Monday but directing residents to wear face coverings, keep a distance and stay in groups of five people or less. The state has more than 18,000 reported infections.

Abbott said the process of reopening the state will happen gradually and will be guided by medical experts.

“The only way this is going to work even with something like golf or shooting ranges or trails, is if we follow those, washing our hands, stay home (guidelines). If you’re sick, cough into your sleeve, wear a mask.” Walz said Friday.

Meanwhile, some residents are taking to the streets demanding an end to stay-at-home orders over concerns of the economic impact.

Hundreds gathered in front of the Texas State Capitol in Austin Saturday for a “You Can’t Close America” rally. While, in New Hampshire, a crowd formed outside the State House, urging Gov. Chris Sununu to lift emergency orders.

In Indianapolis, protesters gathered outside the home of Gov. Eric Holcomb to protest his stay-at-home order, which has been extended until May 1. People in cars paraded through Annapolis, Maryland, honking their horns and holding signs asking Gov. Larry Hogan to lift restrictions.

More are planned for the coming days, including in Wisconsin, Kansas and Missouri.

“Hundreds of thousands of workers are out of work. Hundreds and thousands of small family businesses are being destroyed right now under this quarantine, under this lockdown,” Dorr told the news station.