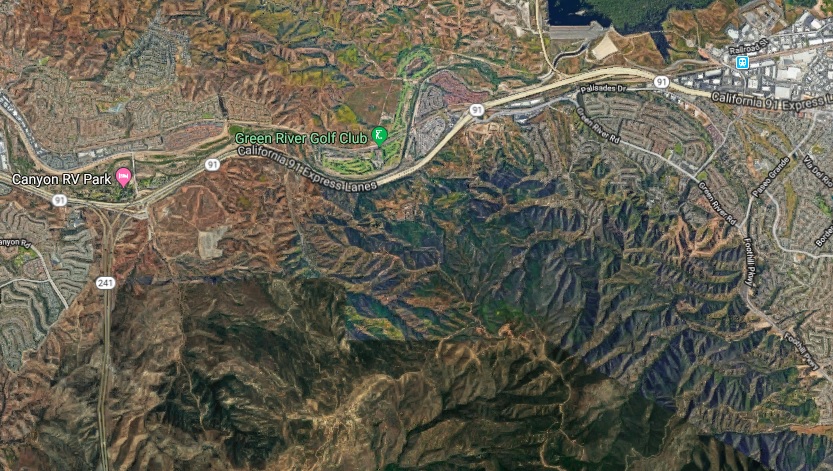 A 5-acre wildland fire broke out south of the 91 Freeway in an unincorporated part of Riverside County near Corona on Saturday afternoon, Oct. 26, according to fire officials.

Fire 91 @ Coal Canyon: fires forward progress has been stopped. Air and ground crews are working on mop up. Fire is at 5 acres in rough terrain above the 91 fwy just east of Coal Canyon. pic.twitter.com/2U2v8h8lQo

The fire was reported to Cal Fire/Riverside County Fire Department officials at around 3:15 p.m. near Green River Road, the department said in a Tweet.

The fire, which officials were calling the Contempo Fire, was spreading at a slow rate, the Tweet said.

An Orange County Fire Authority dispatcher said that the agency was assisting with the fire, near Coal Canyon Trail but mostly in the middle of the hills. The fire was winding down the with the use of aircraft, the dispatcher said.

By 4:18 p.m, forward spread of the fire was stopped at 5 acres, Cal Fire/Riverside said.