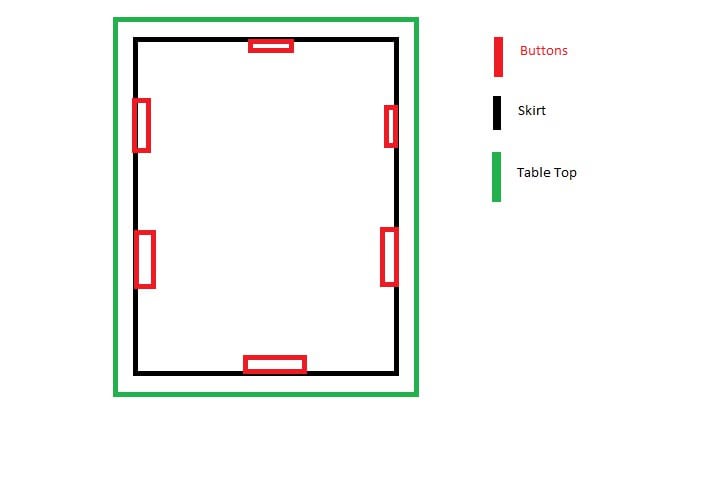 So about a year ago I finished a kitchen table. It has worked great until the last month or so when I’ve noticed a couple of the corners have raised up off the skirt a little.

The way I attached it was not normal but I thought it would be fine. I made a few buttons and screwed them into the table skirts. Then I drilled 3/8ths inch holes in the buttons and put screws into the table top from underneath with washers to keep them from going into the holes. The idea being that the wide holes would give enough wiggle room to allow for movement.

What is going on is one corner has pulled up a bit (maybe 1/8th of an inch) and is no longer resting on the apron/skirt.

Don’t know if it matters but the top is all solid flat sawn white oak butt jointed together. Alternated grain directions to try and avoid the whole top trying to cup in the same direction.

Anyone have any suggestions? My first thought is to just put another button in the corners to hold them down, but I avoided that at first to give as much room for movement as possible. I’m not even sure its really a problem, but I’d rather implement a fix now than end up with a screwed up table top I have to re do.