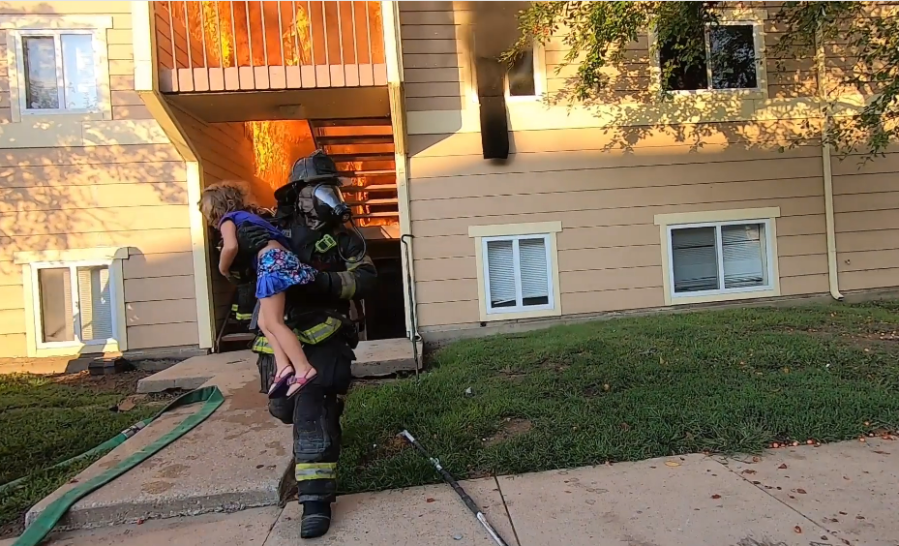 The Wichita Fire Department saved several people, including a little girl, when an early morning fire tore through an apartment complex.

“They opened up one of the doors below where the fire was burning and they found two children and a mom, that were kind of startled that we were there,” said Capt. Chad Cox. “And they probably didn’t realize that there was actually a fire burning in the apartments above them”

Rescuers were able to free the people in the complex within two minutes of arriving on the scene. The fire chief said firefighters had trained at this complex before.

No one died, the fire department said, but four residents and two firefighters were treated for injuries on the scene.

Investigators say the total damage is around $250,000.