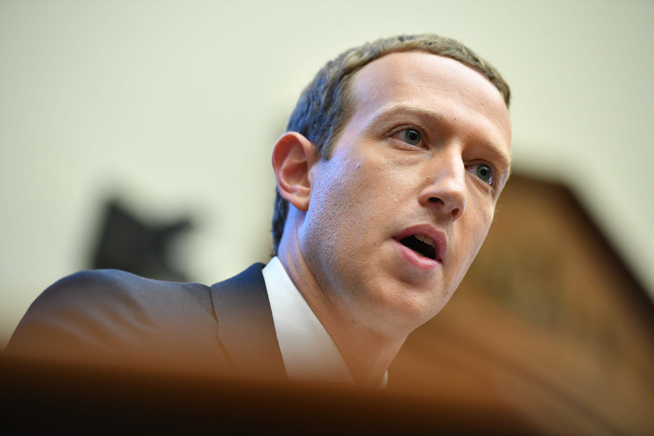 Under Congress’ klieg lights, Facebook’s Mark Zuckerberg tried to defend his company’s plans to launch a digital currency, while politicians laid into him for not policing paid and unpaid political speech more aggressively.

Here, we sympathize with Zuckerberg, whose business has run roughshod over privacy rights, has dominated the advertising business and invites serious antitrust scrutiny: While a company built to facilitate communications, that enables billions upon billions of interactions a day, must do more to purge clearly bigoted speech, terrorist incitement, malicious deepfake videos, foreign money meddling in American elections and other outright lawbreaking, it should ban content only in extreme cases, and stay far away from picking partisan sides.

Policing of political speech for truthfulness is a dangerous road to go down.

Meantime, another tech giant, Apple, showed what can happen when a corporation too easily bends to a government’s will to purge content it considers dangerous: Knuckling under to Beijing’s pressure, Apple deleted from its App Store the HKmap.live, which had been a vital tool for Hong Kong’s protesters to avoid police and locate demonstrations.

Err on the side of freedom. These days, that’s what qualifies as thinking different.

As the Golden State Warriors open the season today at their new $1.4 billion arena in San Francisco, they’re turning out to be sore losers across the bay trying to stick taxpayers with the team’s $56 million debt. That’s how much is still owed to retire bonds the city of Oakland and county of Alameda issued back in 1996 to finance renovations the team wanted as a condition of staying at the Coliseum Arena.

The bonds were to be repaid over 30 years. The team has tried to claim that, when it left town, it could also walk away from the debt. An arbitrator has said no. A San Francisco Superior Court judge has said no. Now the team is taking the case to the state Court of Appeal.

So much for the team’s promotion of its efforts over the years to give back to the community. In the end, for the team owners, venture capitalist Joe Lacob and film producer and UC Regent Peter Guber, it’s apparently all about the dollar — even when it’s not rightly theirs.

The team is now worth an estimated $3.5 billion, nearly eight times the $450 million sale price nine years ago. To be sure, Lacob and Guber deserve credit for building a winning team. But trying to stick it to the very communities, fans and taxpayers who backed the Warriors all those years is reprehensible.

It’s time for the Warriors to do the honorable thing. Show respect for the community they left behind and pay the debt. Demonstrate to the Bay Area that in court, as well as on the court, they can lose with dignity.