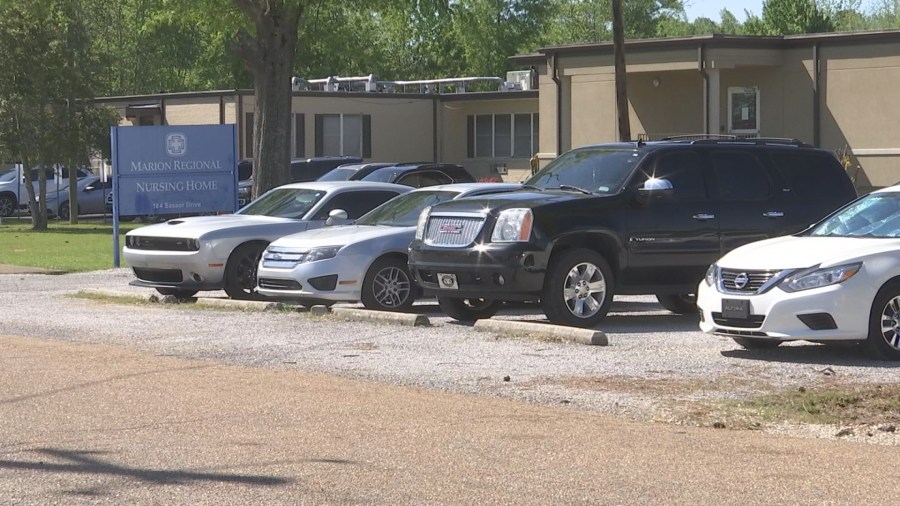 MARION COUNTY, Ala. (WIAT) — Loved ones with family members of patients at Marion Regional Nursing Home are sharing concerns about communication from hospital administration about COVID-19.

Earlier this month nurse Rose Harrison died after her daughter said she tested positive for COVID-19.

Rick Emerson told CBS 42 that he just learned his 93-year-old mother, Jewell Emerson, contracted coronavirus at the facility. She has Alzheimer’s.

“I was frankly, alarmed and enraged when apparently they learned that my mom had tested positive on Tuesday, they did not contact us until Thursday night,” said Emerson.

Emerson’s mother has already battled several forms of cancer. He and his wife live in Minnesota and are now taking turns returning to Alabama to help care for his mother. She is asymptomatic so far.

“We were just completely knocked off our feet. We had no idea. We know this is happening. I am not accusing anyone of doing anything wrong, all I know is my mom is in a facility where there are more cases than they are making public,” said Emerson.

Marion Regional Nursing Home is operated by North Mississippi Health Services. So far, communications staff at NMHS have repeatedly declined to release statistics for the number of patients or caregivers who have tested positive at the facility.

“Started running a low grade fever last Monday was told by her supervisors that unless you are running a 100.4 fever, you are expected to work, you are part of the leadership team,” Williams said.
Williams said that all residents and staff members were tested.

“My mother is not the first nurse to be tested positive at that nursing home,” Williams said.

Williams took her mother to the hospital Friday after the work week. She was on a ventilator by Saturday. She died Monday night.

At the time of Harrison’s case, Williams said nursing home employees were not required to wear masks. Williams expressed concerns about personal protective equipment in a previous interview.

This week, NMHS announced that reusable cloth face masks had been purchased by the hospital system for all team members.

Williams said her mother was dedicated to her family and her nursing career that spanned about 30 years.

“Daddy was very quiet prideful man, he loved to see a good joke! He was mostly all smiles! Daddy was a early riser and loved his coffee. And by all means the bravest and strongest man our family has ever seen,” his daughter, Audrey Pennington wrote in a message to CBS 42.

She added that her father was an avid Alabama fan. When asked about the care at Marion Regional Nursing Home, Pennington responded.

After hearing of other positive cases at the facility, families like the Emersons continue to worry about loved ones and say they’ll keep fighting for answers.

“I am not trying to demonize anyone, I’m just saying the experience that I had was very unprofessional, very unpleasant, and very disturbing,” Emerson continued. “As family members, it is our responsibility to push these people for information, to get accurate information, and make sure that they are following every protocol.”

Communications staff at NMHS declined to be interviewed.

When asked about a response to Emerson’s claims or for an update on the number of positive COVID-19 cases, a spokesperson shared the following correspondence that went out to family members and sponsors at Marion Regional Nursing Home.