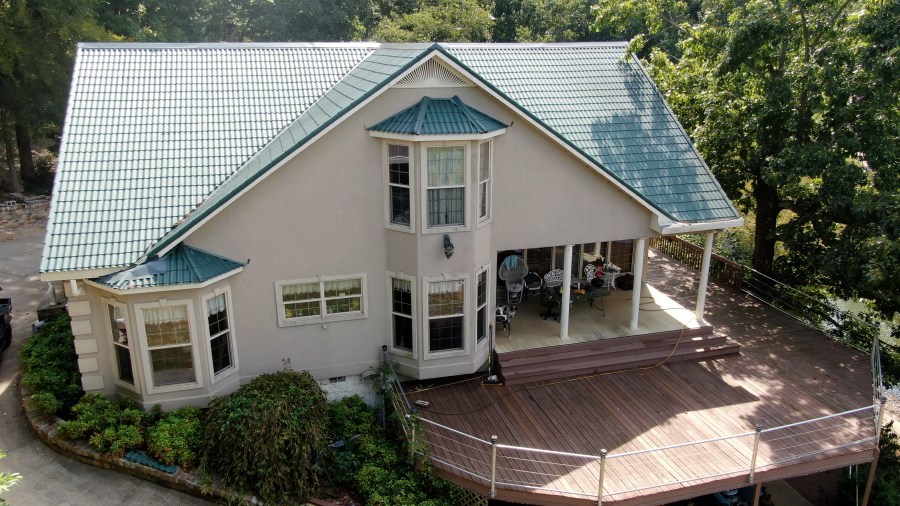 LIMESTONE COUNTY, Ala. — Phillip Cottles and his mother Trudy live in Limestone County on the Elk River, just a stone’s throw from Rogersville.

Phillip is doing what he can to help his mother who has suffered a stroke, stepping into the role after his father passed away in 2020.

Cottles said part of that responsibility is trying to make an Athens contractor keep his word, “The house had some leaks and he said he would fix them all.”

The work was done in January, however, Cottles said the leaks continued. According to the invoice, Tracy Collins of Tracy Collins Construction said the work he performed would guarantee no leaks for a year.

“He was going to replace the ridge caps and also remove some metal from the eaves,” Cottles said. “I thought, ‘there’s no way that would fix all the leaks,’ but he said it would and I said, ‘what if it doesn’t,’ he said, ‘well, I’ll come back.’”

Fed up, Cottles reached out to News 19 who also tried contacting Collins. Our calls also went unanswered, but messages have been left asking Collins to share his comments on the situation.

Cottles said his family wasted $3900 if Collins doesn’t return to fix the leaks.