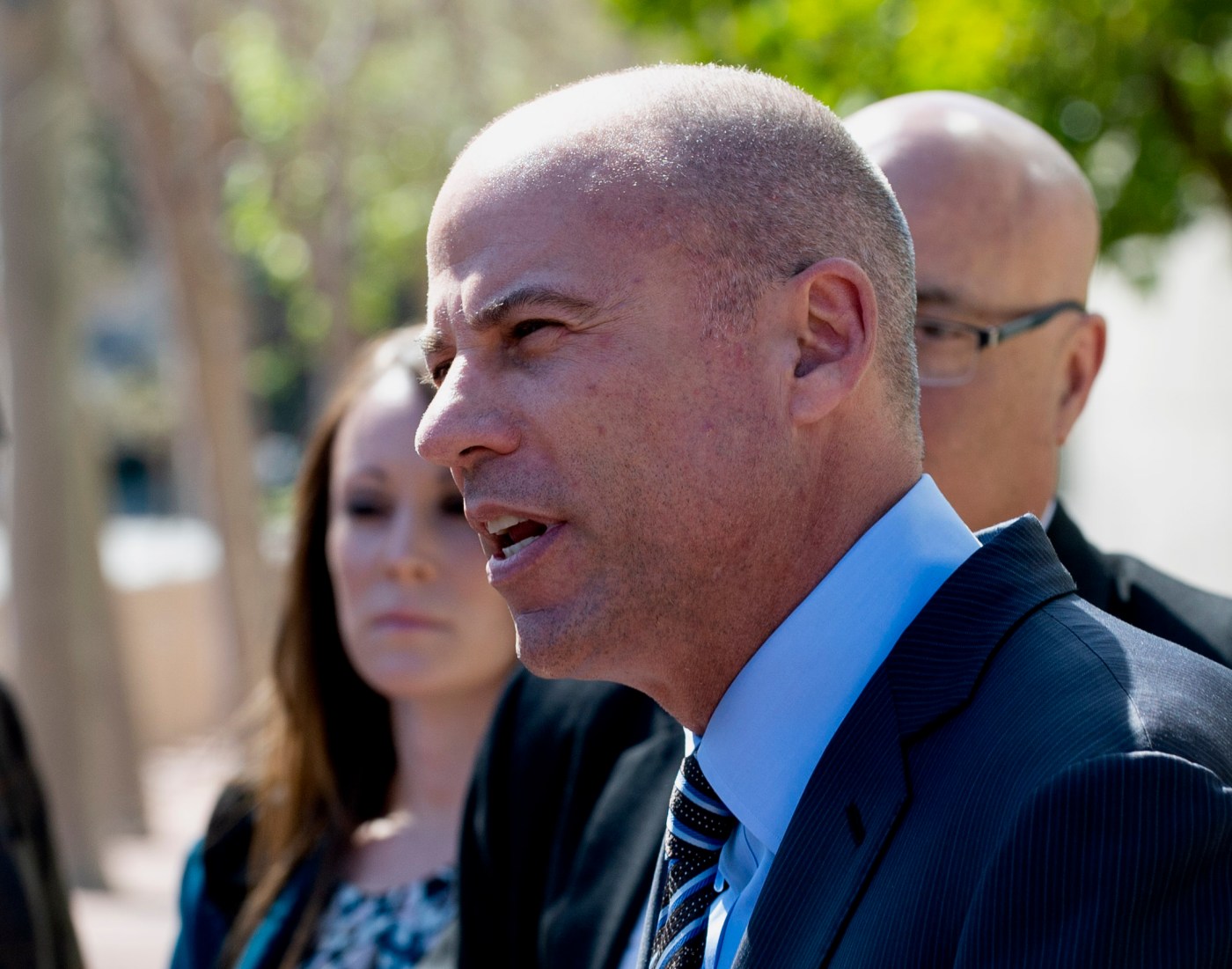 SANTA ANA — Federal prosecutors in Orange County have filed court papers objecting to a request that bail be set for convicted attorney Michael Avenatti, arguing there is nothing special about his situation in New York City, where a fellow jail inmate has been diagnosed with coronavirus.

Avenatti “offers no evidence that being inside of a Bureau of Prison facility is more dangerous — to him — than being outside one,” the prosecutors wrote. “But the danger to the community from such a release is immense, and the logic of defendant’s request is staggering. COVID-19 does not demand the mass release of healthy pre-trial detainees.”

The prosecutors dismissed Avenatti’s contention that he is more vulnerable than most inmates because he battled a case of pneumonia last fall.

“Although defendant has claimed that he suffered from pneumonia of an unknown severity approximately six months ago, defendant has never presented any evidence or information demonstrating that he is currently suffering from any ongoing respiratory issues,” the prosecutors wrote. “Nor has defendant presented any evidence demonstrating that a single past instance of pneumonia places defendant at a higher risk of adverse consequences from COVID-19.”

Avenatti’s attorney, Dean Steward, filed a motion Thursday seeking bail so his client — who was convicted in February of trying to extort up to $25 million from Nike — can get out of jail in Manhattan while awaiting another trial in New York and then a third one in Orange County.

Avenatti is due to go on trial next month in New York in a case involving allegations that he ripped off former client Stormy Daniels. His representation of the adult film star in a nondisclosure agreement issue with President Donald Trump catapulted the attorney to fame.

Avenatti has been in custody since January, when prosecutors in Santa Ana alleged he was engaging in a scheme to keep a step ahead of his various creditors while out on bail.

Steward said Avenatti fell ill to pneumonia last September, but the sickness lingered through the holidays. He noted in the bail motion that cases of coronavirus are “alarmingly” on the rise in New York City, and that “chillingly” the Metropolitan Correctional Center, where Avenatti is housed, had recorded its first case of COVID-19.

Avenatti is seeking to restore $300,000 bail signed off on by a longtime friend, Hugh Bromma of San Francisco, CEO of a major investment advisory firm.

Avenatti would reside in a halfway house in Orange or Los Angeles counties under the terms of the bail, according to the motion. Any transactions over $1,000 would have to be approved by authorities who oversee defendants in and out of custody. He would only be allowed to travel to and from New York for court appearances.

U.S. District Judge James Selna on Thursday moved Avenatti’s Santa Ana trial from May 19 to Aug. 18, because no trials are being held during the coronavirus emergency.

Selna, who rejected Avenatti’s bid for bail last week, decided this week to reconsider his ruling.

“In light of the evolving nature of the COVID-19 pandemic, particularly in the greater New York City area, the court invites Avenatti to apply ex parte for reconsideration” of the court’s denial of bail, Selna said in his order.

“The main thing he is looking for under the bail reform act is there is a catch-all that you can be released for compelling reasons,” Steward told City News Service on Wednesday. “The problem is the compelling reasons are medical problems for the defendant or a family member, things like that. You would think there would be good grounds for release, but there’s never been one for COVID-19.”

Steward said there is no legal precedent “that is even close” to bail amid a pandemic. There have been a couple of cases ruled on in New York recently regarding coronavirus, but those were handed down on the district level and not from an appellate court, which would establish precedence, he said.

In one of those cases bail was granted and in the other it was denied, Steward said.

Selna wants to know if there is “another compelling reason” to release Avenatti and he wants to know where the defendant would theoretically reside under a proposed house arrest, Steward said.

“It’s just like he was arrested fresh and we’re trying to make the bail arrangements,” the defense attorney said.

Avenatti has been emailing his attorneys about living conditions at the Metropolitan Correctional Center in Manhattan amid the coronavirus pandemic.

“He’s very concerned,” Steward said. “We receive a lot of email from him describing someone in his unit who has tested positive, so he’s really concerned about catching this and soon, which lends a lot of urgency to what I’m doing.”