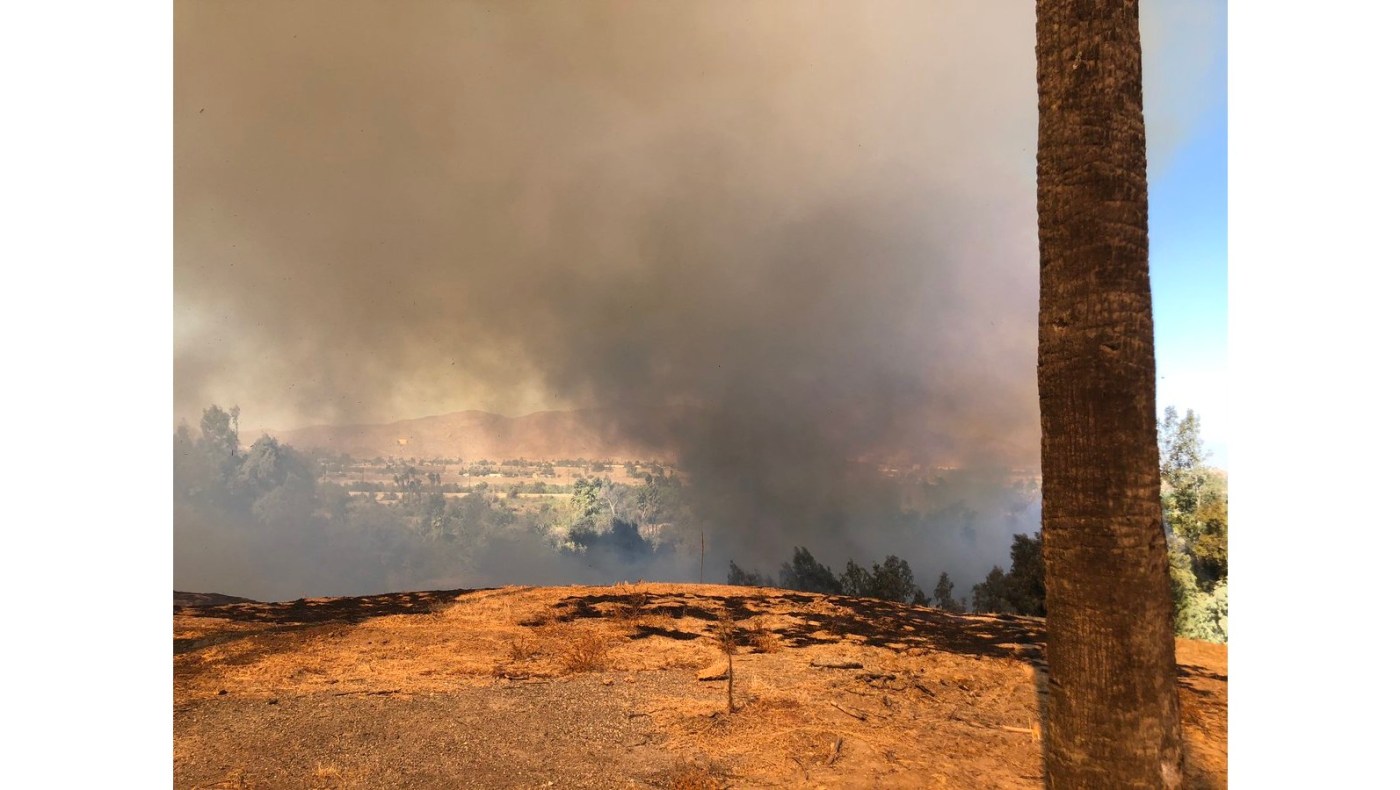 The Riverside Fire Department is battling a brush fire Wednesday afternoon, Oct. 30, along the Santa Ana River bottom in Riverside.

The blaze broke out around 11:45 a.m. Wednesday in the area of  Indian Hill Road and Ladera Lane, according to Riverside fire Capt. Brian Guzzetta.

• Map: This is where the Dexter fire is burning in Riverside

The fire department reported via Twitter that firefighters are working to protect structures.

As of 1:50 p.m. fire officials reported no containment of the blaze with embers falling near homes on Ladera Lane, Beacon Way and Indian Hill Road. Twenty-five fire engines from the Riverside Fire Department and other agencies were at the scene.

“Please do not put your lives and the lives of our first responders in jeopardy by staying in these areas,” Riverside Mayor Rusty Bailey said via Twitter.

Information was not immediately available regarding the cause of the blaze, how many acres have burned or whether any structures are threatened.

This is a developing story. Check back for more information.