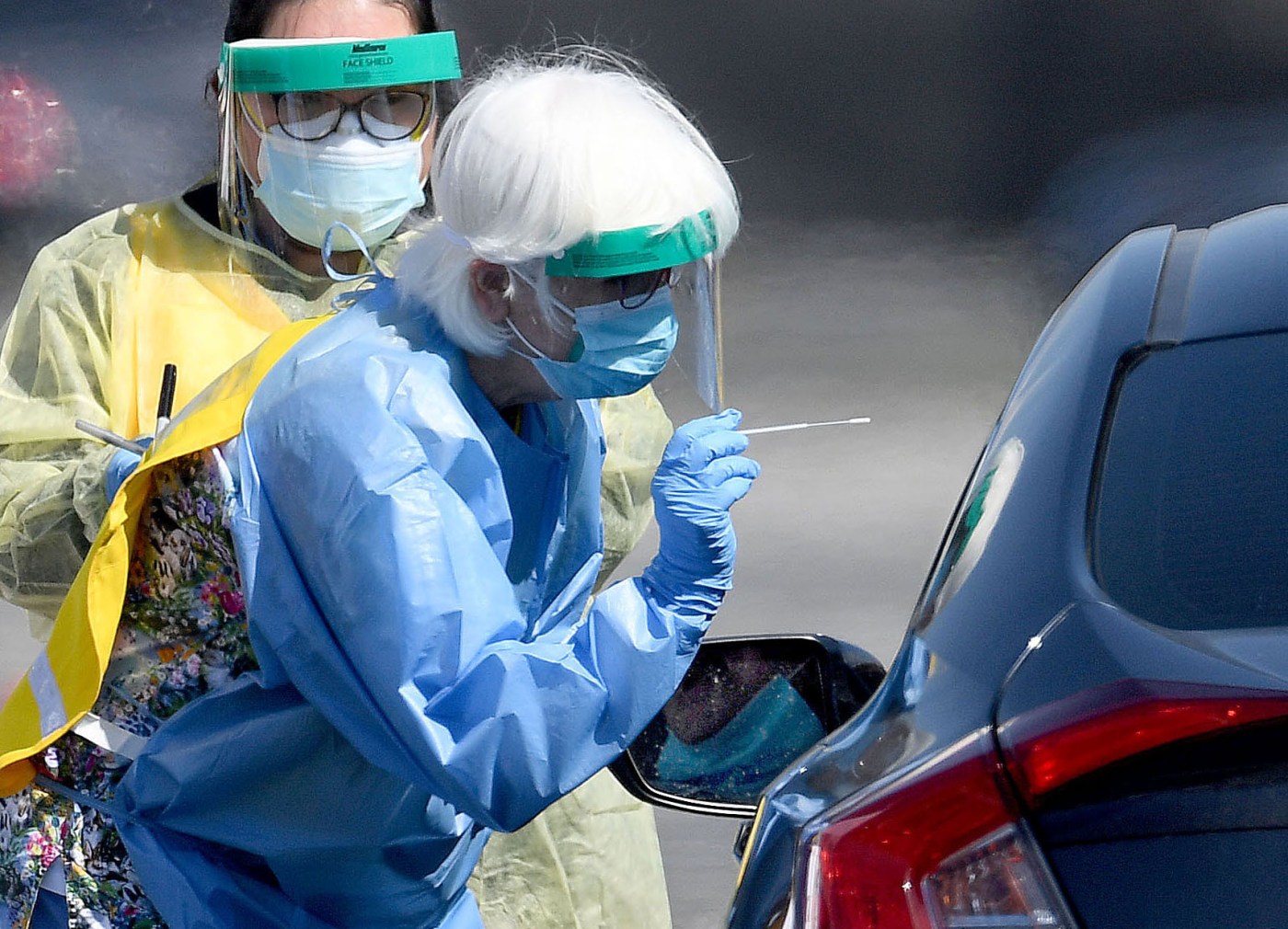 Officials also reported five new deaths related to COVID-19, the disease resulting from the novel coronavirus, and 332 new cases. A total of 2,136 residents of the county are now confirmed to have contracted the disease as of Sunday, according to county health officials. There have been 37 confirmed deaths.

Information on the latest individuals to succumb to illness was still pending, health officials said, while they did shed light on cases announced Saturday.

As of Sunday, 453 people who tested positive for COVID-19, roughly 21% of positive cases, have been hospitalized.

The increase in reported cases is the result of several factors including the spread of the virus and increased testing capacity, health officials said. Still, officials say the number of confirmed cases is still likely likely the tip of the iceberg.

At area hospitals, where preparations have been developing for weeks, intensive care units are beginning to get busy with some nurses having difficulty, breaking down at times by the volume of patients, according to reports.

“My friends want to quit, they cry multiple times a day,” said one LA area nurse who spoke on condition of anonymity because the hospital will not allow the person to talk with the media. “They are having sleep issues, scared they have already contracted the virus because of the risk.”

The city of Los Angeles began operating four drive-up swab testing stations last week. Several hospitals have expanded their testing capability. The county’s own lab and commercial lab partners have also increased their capacity to return lab results. But delays have still been a problem with results often taking about a week.

County officials have said healthcare workers would be prioritized for testing.

LA County’s tally on Sunday included 88 cases from Long Beach, which operates its own health department. Long Beach on Sunday confirmed 11 new cases that were not included the county’s total, bringing that city’s total number of confirmed cases to 99 with one death. Pasadena, meanwhile, has 10 confirmed cases. The county total lags behind those cities because they operate their own health departments and conduct their own counts.

Over the weekend, the USNS Mercy began receiving patients at the Port of Los Angeles. The ship is being used to care for non-coronavirus related patients in order to free up space at area hospitals.