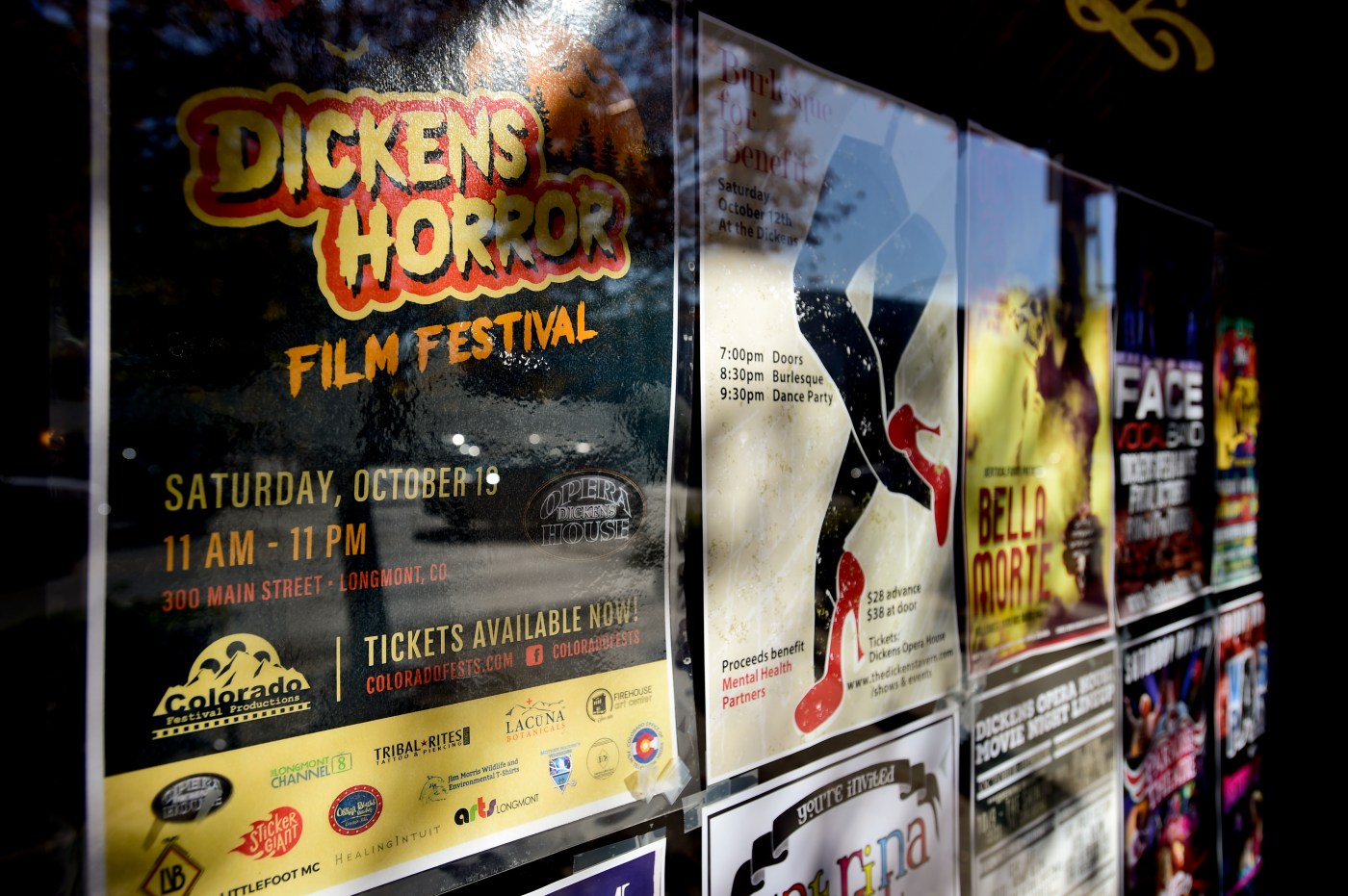 The festival began four years ago when founder Jake Fink approached the owners of Dickens Opera House about the need for a Halloween film festival in Northern Colorado featuring the work of novice and professional filmmakers. The venue made the perfect site for Fink to launch such an event, and the rest is history.

“I think it took off just because of the Dickens itself, because of the time of the year and because there’s just a lot of people who love that type of thing,” said Jackie Brennan, marketing specialist for Colorado Festival Productions.

Speakers will be presenting insights into the horror film industry, filmmakers will host discussions of their work and there will be interactive workshops throughout the day — all of which is included with the price of admission to screenings of the 21 films. If festival-goers don’t want to stay for the whole day, they can also buy tickets to individual blocks that catch their interest.

“Film festivals are a work of love, it’s the love of getting filmmakers who can fly in to see their film up on the screen,” Brennan said. “Every film festival is exciting because we can be a platform for new and upcoming writers who have stories.”

Even with the alleged ghost stories of the so-called haunted Dickens, frights should be limited to what is on screen. While the owner of the establishment, Lynn Owens, said she doesn’t know all of the ghosts that inhabit the Opera House — and refuses to see them — she said she does know of at least one ghost that hangs around, protecting the venue and helping to make visitors feel welcome and comfortable.

“One of the most famous is Sassy Cassie, she was brought to my attention when a medium came in and said that she followed her around and told her all about the Opera House and how she protects it,” Owens said. “If she doesn’t like someone, she makes them feel uncomfortable … but if she likes you, she makes you feel welcome.”

This is a sentiment that visitors to the horror film festival have shared — that the event is a small, welcoming affair that allows cinephiles to enjoy and discuss their favorite genre while learning more about it. Whether or not that feeling comes from Sassy Cassie or the scheduled events, the two are a great pairing.

“I think what makes us unique is that we started something that hasn’t been done before along the Front Range and in Longmont,” Brennan said. “I think we offer our attendees a unique look at horror, they’re not just going to watch a scary flick. We’re offering them workshops and speakers and giving them some of the histories behind horror. And it’s small, it has kind of a cozy feel to it and people will feel welcome,”

Presentations include a discussion on Estes Park’s Stanley Hotel, the inspiration for the haunted hotel of the Stephen King book “The Shining,” by Bryan Bonner, a film talk-back with Linda Godfrey creator of the paranormal thriller “Return to Wildcat Mountain,” an acting workshop by Bob Rais and a lesson about the phantoms and legends of Mexico with Jose Gonzalez.

“I’m excited that it’s our fourth annual, that a lot of people look forward to it and return to it and it’s just a great Halloween activity,” Owens said. “All different kinds of interests can enjoy it — from people who enjoy watching films to making films to paranormal activity — we get all kinds of people that enjoy the festival.”

Costumed visitors are invited to enjoy the festival starting at 11 a.m. Saturday.

“We hope when people go away that they learn something but that they also have a good time,” Brennan said.