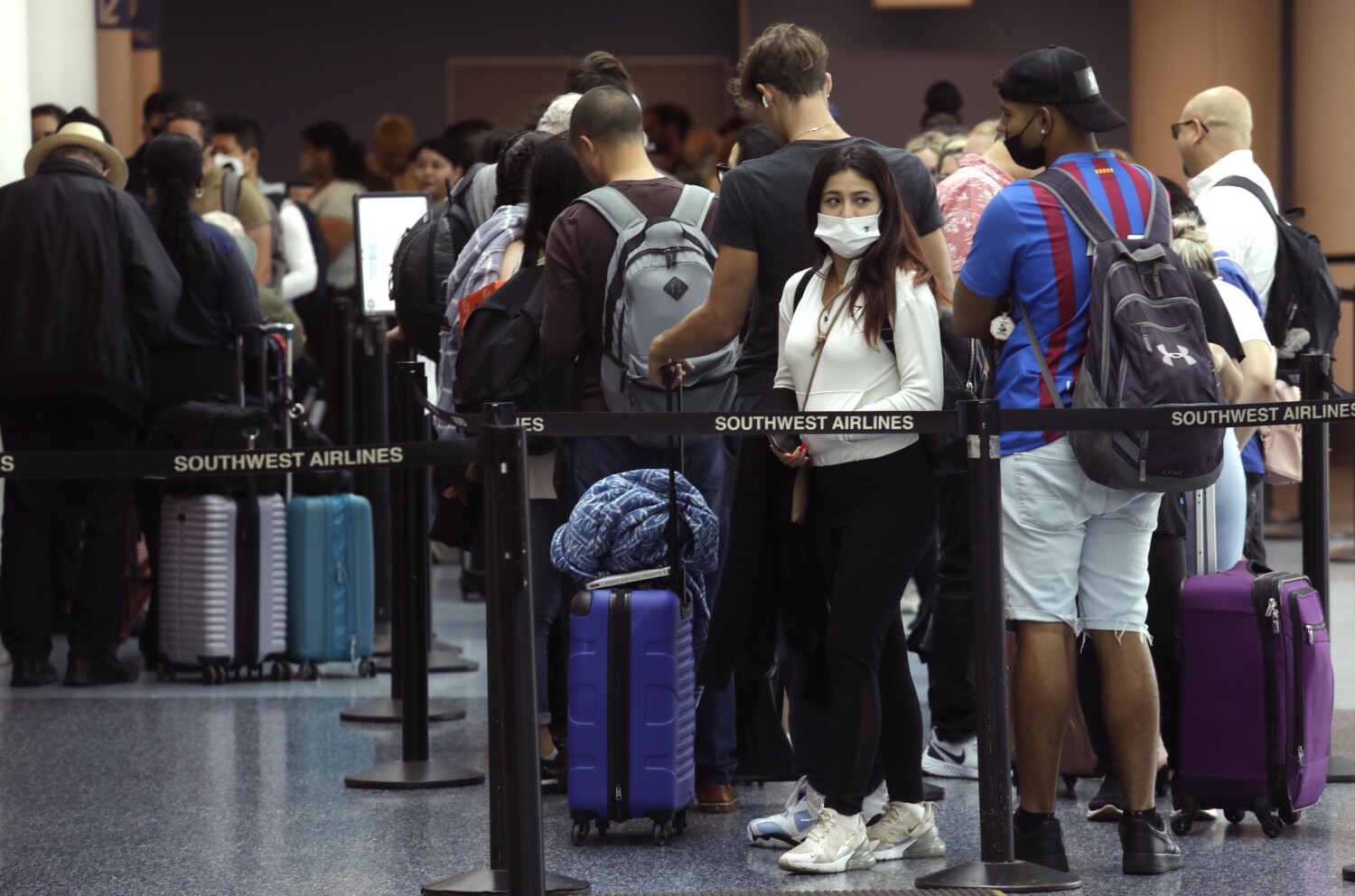 Despite soaring gas prices and the threat of delayed or canceled flights, experts are predicting travelers will be out this holiday weekend at levels not seen since before the pandemic, and in some cases, at record highs.

Experts with the American Automobile Assn. predict that 42 million people across the U.S. will be on the road over the Fourth of July weekend, traveling to destinations 50 or more miles from home, a nationwide record for automobile travel.

In Southern California, 2.7 million people will be hitting the road for a trip sometime between Thursday through Monday, according to AAA spokesperson Anlleyn Venegas. She said those predictions for the region are up significantly from last year but still below 2018 or 2019.

“People are finally taking those trips that they weren’t able to take over the last two years, and it seems like nothing is stopping them,” Venegas said. “We do believe that July is going to represent the peak [travel] consumption for this year, meaning that gas prices will go up because of that demand.”

Californians are already paying the highest prices at the pump in the country, only exacerbated by the state’s annual gas tax increase that went into effect Friday. Residents already contending with the highest gas prices in the nation will pay another 3 cents per gallon.

The total number of Southern Californians traveling this weekend — which includes those traveling via air, train, cruise and other modes — should reach 3.3 million, Venegas said. Nationwide, AAA expects 48 million total travelers during the Independence Day extended weekend, an almost 4% increase from last year but still under 2019 levels.

Although air travel isn’t expected to see as big a boost as roadways, officials at LAX are warning of crowds and increased travelers. On Thursday, the airport saw more than 100,000 people go through security for departing flights, numbers that are expected to hold steady or increase through Wednesday, said LAX spokesperson Heath Montgomery.

“We are at about 75% of where we were in 2019, and 2019 was a record year for us,” Montgomery said. He said the vast majority of that lagging 25% is related to international travel, especially since much of Asia has not yet opened back up to travelers. He did say some domestic airlines are still struggling with staffing issues, which is affecting some domestic flights.

On Thursday, 31 flights were canceled in or out of LAX, about 2% of total flights, Montgomery said. As of Friday morning about 9:30 a.m., there were three cancellations and nine flights delayed. Montgomery said those numbers are expected to increase, though, as the day goes on due to afternoon thunderstorms that often affect travel across the rest of the nation.

Montgomery advised travelers to arrive early at the airport to compensate for expected traffic increases and recommended that parking be prebooked via parking.flylax.com. Many lots were already close to capacity, he said, and airport officials expect Friday, Saturday, Tuesday and Wednesday to be the heaviest travel days.

But as of Friday morning, the airport wasn’t yet experiencing crazy crowds or difficult traffic.

Samuel Tesfaw waited with friends near ticketing Friday morning, surprised by the lack of bustle around the LAX departing terminal. He said he was traveling to play in a soccer tournament, and he and his team made sure to arrive at LAX from San Diego early.

“I’m waiting until we get to pre-check to see how busy it is, but it doesn’t look bad right now,” Tesfaw said.