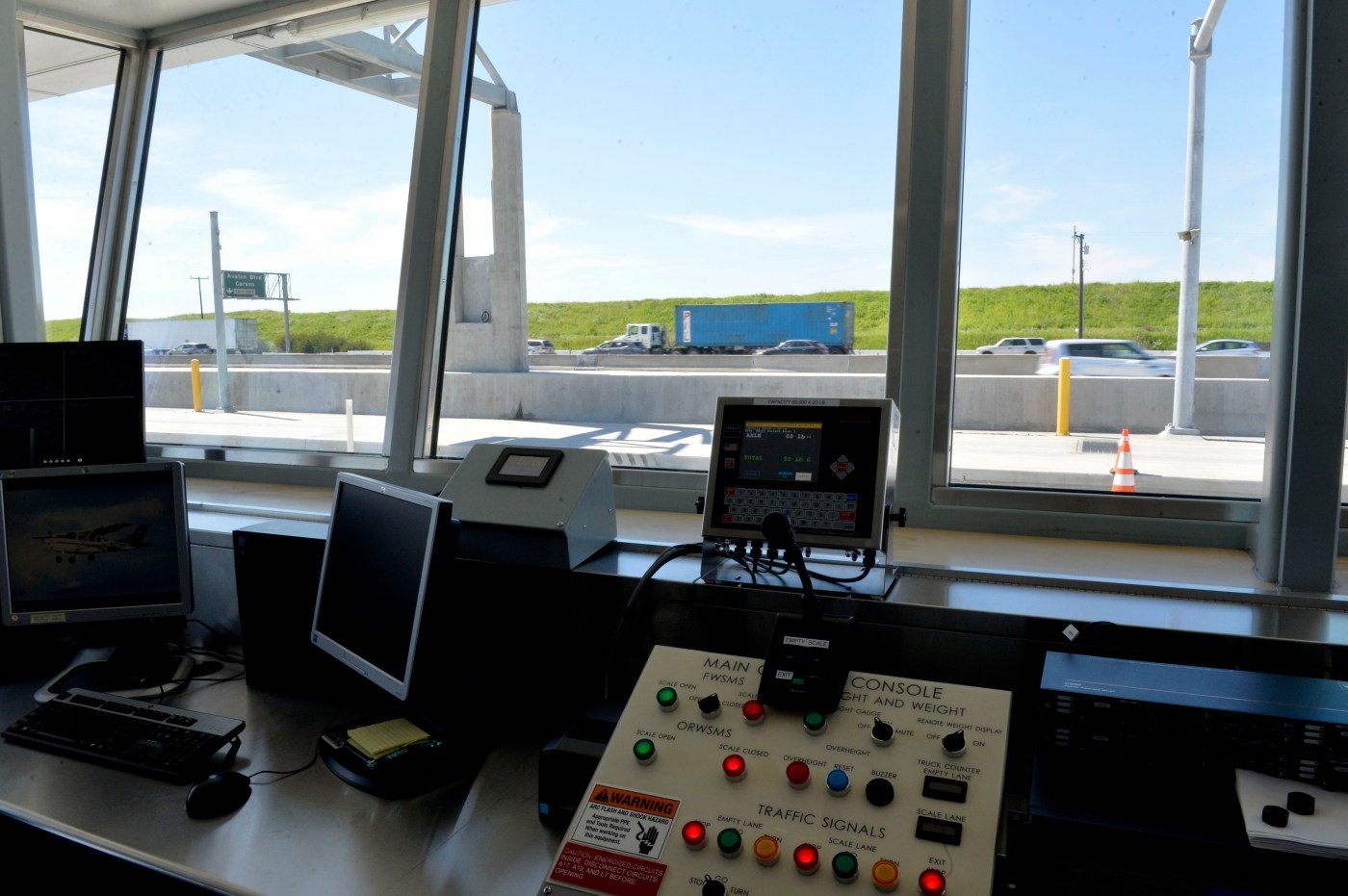 Q. Dear Honk: I’ve noticed a number of freeway on-ramps with two lanes, each with a meter light, and then those lanes merge into one. Both lights turn green at the same time, thus requiring the two drivers to merge cooperatively, which usually occurs without incident. Why not make the process simpler and stagger the green lights so one lane at a time moves forward?

The agency long ago kicked off a project to “convert ramp meters throughout Orange County to staggered metering,” said Elizabeth Manzo, a Caltrans spokeswoman. “The completion of this project depends on the availability of funds.”

On some ramps that haven’t yet gotten the staggered meter signals, the problem isn’t too bad – at least the lanes themselves are staggered.

Converting ramps with two lights that simultaneously turn green to staggered signals isn’t as simple as it seems. New lights and signs must be installed and the ramp area rewired. Caltrans tends to do such work when it has a construction project in the area, because then it costs less to do the conversion.

The cost of conversions apparently varies, as different factors are involved.

As you can tell, Bill, it is going to take awhile until all of the county’s ramps are up to speed – so for now we all need to pretend that Miss Manners is in the car with us while merging on non-staggered ramps.

Q. Honk: The truck weigh stations on the 91 Freeway between Imperial Highway and Yorba Linda Boulevard have been closed. The westbound off-ramp has been blocked in such a way that it looks permanently closed. What’s going on with them?

A. On both sides of the 91, the aging weigh-station buildings needed to be replaced along with their scales, said Officer Kasonja Pochop of the California Highway Patrol’s Commercial Vehicle Section. Both buildings were torn down.

The westbound facility shut down on Dec. 3, 2018, with construction to be completed by this June 1. It won’t open then, because equipment will need to be installed and tested. So the opening date is unclear.

“Construction-related issues caused the delays, which is why it took so long to complete,” Pochop told Honk.

The eastbound facility closed not too long ago, on Feb. 21. Construction is to wrap up by Nov. 1.

At weigh stations, also commonly called truck scales, the CHP checks commercial trucks to ensure they are of the proper size, aren’t carrying too heavy of a load, aren’t belching too much in emissions and that the vehicles’ equipment is up to snuff.

Honkin’ fact: The 1961 Lincoln Continental convertible that President John F. Kennedy was in when fatally shot would have cost $7,347 new, except it was retrofitted with all sorts of doodads – the bill came in at nearly $200,000. But the Ford Motor Co. leased it to the Secret Service for $500 a year.

Seems morbid now, but after the assassination the Lincoln was again modified and put back in service.

Other presidential cars were added to the fleet, but the Lincoln on occasion was used by presidents Lyndon B. Johnson, Richard Nixon, Gerald Ford and Jimmy Carter before it was retired in 1977. These days, it sits in the Henry Ford Museum in Dearborn, Michigan. (Source: the museum).

To ask Honk questions, reach him at honk@ocregister.com. He only answers those that are published. To see Honk online: ocregister.com/tag/honk.