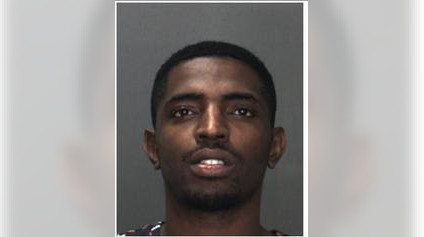 A man has been arrested in connection with one of two home invasion robberies this month in Rancho Cucamonga.

The first home invasion robbery took place on Oct. 3, when several men approached a residence on the 6700 block of Dicarlo Place, tied the residents up, pepper sprayed them and stole multiple things from the house.

A man, woman and two boys were pepper sprayed during the robbery, according to the San Bernardino County Sheriff’s Department.

The second robbery happened on Oct. 14 on the 13000 block of Carnesi Drive when several armed men approached a victim in their driveway. The suspects forced the victim into the residence, authorities said.

Dennis Charles Franks, 25, of Highland, was identified as a suspect in connection with the Carnesi Drive robbery after a preliminary investigation by the Sheriff’s Department. Franks was located at his residence in Highland on Wednesday and arrested on suspicion of robbery.

Detectives with the Sheriff’s Department are investigating the Dicarlo Place robbery and have not determined if the two robberies are related.