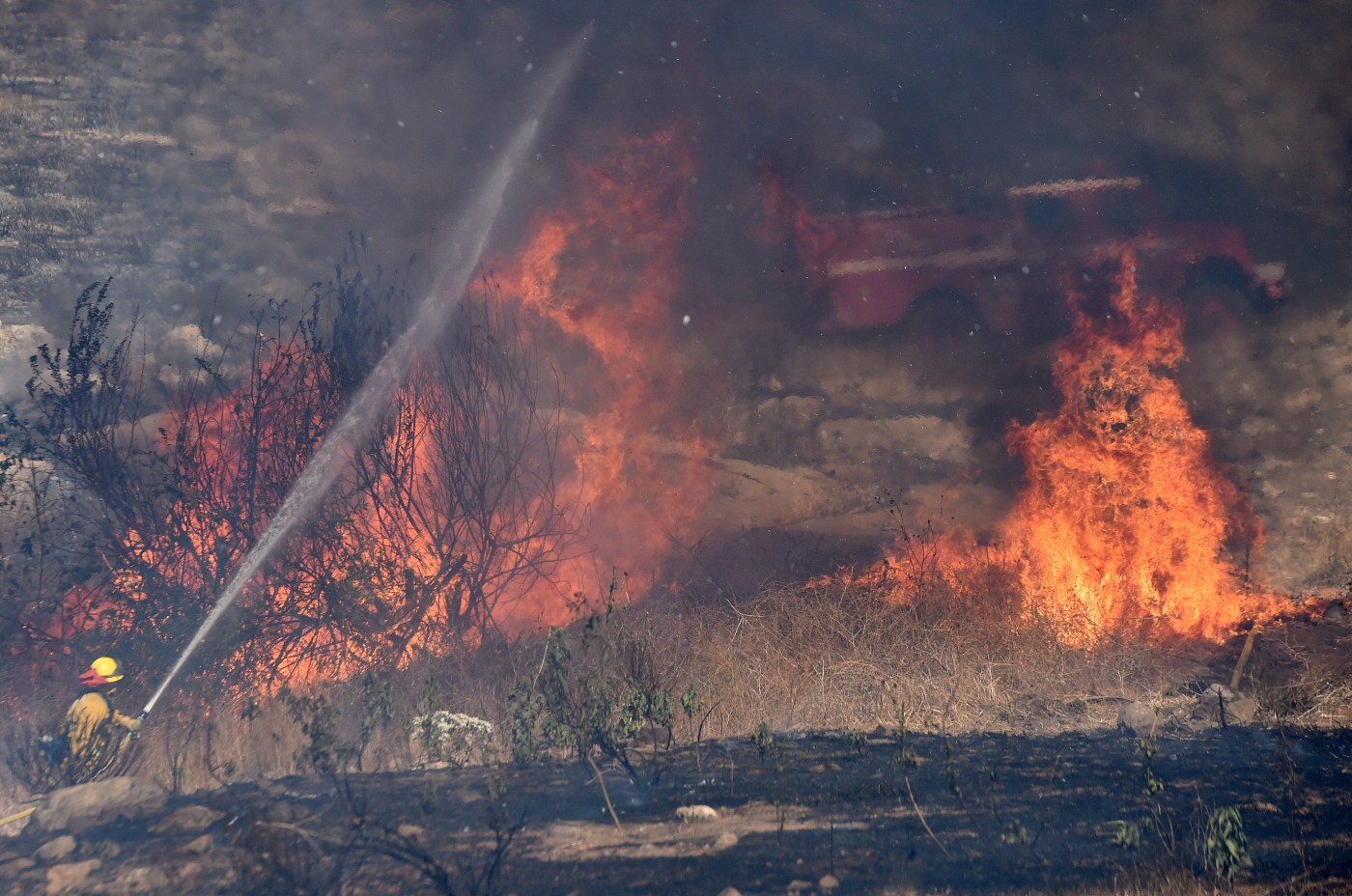 Firefighters say a brush fire in the hills north of Jurupa Valley that had earlier forced evacuations was 80% contained as of 11:20 a.m. Thursday, Oct. 31, and remained at 628 acres.

The wind-driven Hill fire grew rapidly after it started Wednesday morning and had threatened an estimated 100 homes in Jurupa Valley, county authorities said.

Two mobile home parks, a health care center and an elementary school were evacuated. Evacuations were lifted at 6:45 p.m. Wednesday.

“Firefighters have mitigated all structure threat and resources will remain assigned to the incident throughout the day,” Cal Fire/Riverside County said in a tweet.

Officials had 189 firefighters assigned to the fire Thursday morning, according to the agency. Earlier, there were 500.