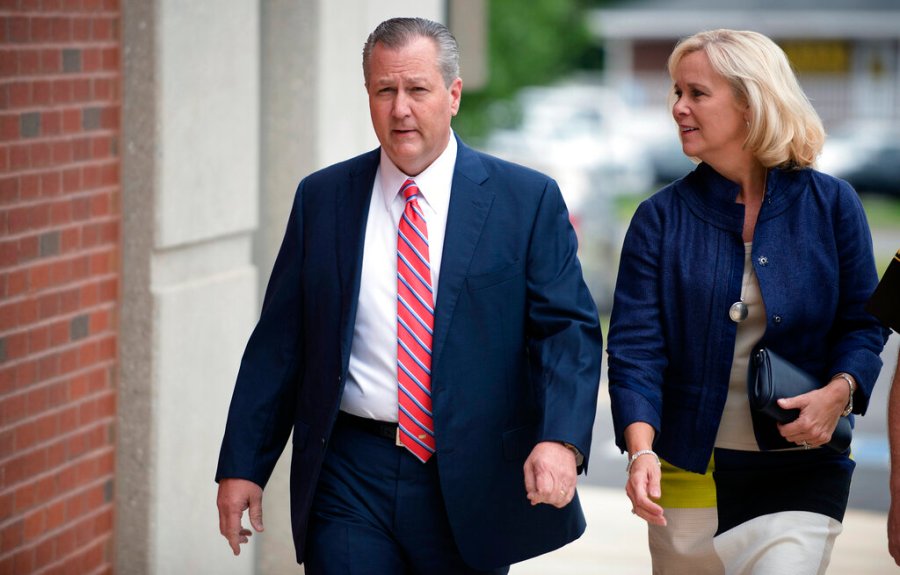 MONTGOMERY, Ala. (AP) — Former House Speaker Mike Hubbard in a Friday court filing apologized for his ethics conviction that he said hurt the state and his family as his attorney filed a request for his early release after serving one year of a 28-month sentence.

Hubbard’s attorney argued his sentence of over two years behind bars is out of line with punishments handed down to other officials convicted of violating the state ethics law. In a letter to the judge, Hubbard wrote that, “I recognize and admit my errors” and apologized to the people of the state and others.

“My conviction has severely damaged and embarrassed me and and my family, friends, former constituents, community, church, the legislature and the state of Alabama. For this, I am severely sorry and respectfully ask forgiveness from everyone affected,” Hubbard wrote in the letter to Lee County Circuit Judge Jacob Walker.

He wrote that it was embarrassing to be convicted of violating an ethics law he oversaw being drafted and approved by lawmakers. Whether a criminal defendant has accepted responsibility and expressed remorse is often a factor when a judge weighs a request for leniency.

A jury in 2016 convicted Hubbard of violating the state ethics law, including using his public office for personal financial gain. Prosecutors accused Hubbard of leveraging his powerful public office to obtain clients and investments for his businesses, violating the prohibition against giving a “thing of value” to an elected official. His defense maintained the contracts were legitimate work and unrelated to his position as House speaker.

In upholding the conviction this spring, justices noted that when contacting a company for one client, Hubbard “identified himself as a state legislator and as Speaker of the House of Representatives.” They also noted how one company executive wrote in an email that Hubbard could get the company, “in front of any speaker in the country regardless of party.”

The Republican was one of the state’s most powerful politicians until the ethics conviction in a corruption case ended his political career. Hubbard, the architect of the GOP’s takeover of the Alabama Legislature in 2010, was a legislator from Auburn and former chairman of the Alabama Republican Party. He was elected House speaker soon after Republicans won control of both legislative chambers.

Hubbard was automatically removed from office after his 2016 felony conviction.

Hubbard was originally sentenced to 48 months behind bars, but that was reduced after some counts against him were overturned on appeal.

However, former Gov. Don Siegelman served six years in federal prison after being convicted in 2006 on charges that he sold a seat on a state regulatory board to HealthSouth founder Richard Scrushy in exchange for $500,000 in donations to Siegelman’s signature political issue — his 1999 campaign to establish a state lottery. Siegelman was convicted on a separate obstruction of justice charge that he tried to hide money he received from a lobbyist.

Siegelman was released in 2017. He has regained his law license and says he plans to focus on criminal justice issues.