Investor lawsuit seeks to stop $11.4B merger of Pfizer and Boulder-based Array BioPharma 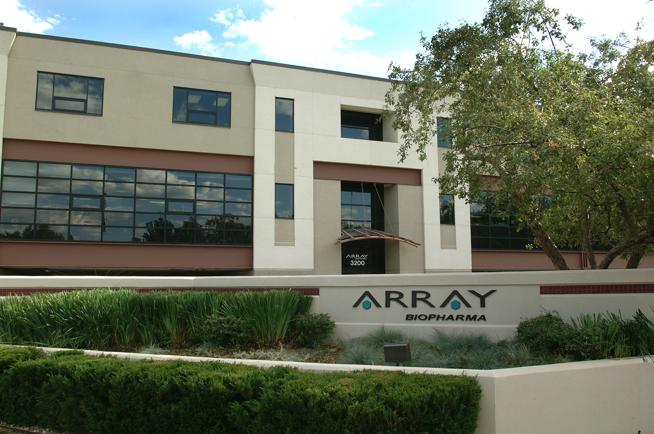 Array makes “small molecule” drugs, and in June 2018 gained U.S. Department of Agriculture approval to market products Braftovi and Mektovi as a combination to treat a certain type of skin cancer. Its merger with Pfizer was announced in June at $48 per share in cash.

But Array investor Larry Guerrero in a U.S. District Court court complaint filed in Colorado alleges “material information” was either omitted or misrepresented in a statement recommending Array shareholders tender their shares to Pfizer as part of the deal.

The lawsuit claims the recommendation failed to disclose all line items used to calculate prospective Array financial information, among other figures used in a financial adviser’s statement.

The suit was first reported by BizWest.

Array executive directors stand to gain millions should the Pfizer deal go through, with CEO Ron Squarer set to gain $124.8 million in stock options, or an $85.3 million golden parachute should he be fired amid the transaction, according to the suit.

“Without the information described … Array shareholders are unable to fully understand (financial adviser) Centerview’s fairness opinion and analyses, and are thus unable to determine how much weight, if any, to place on it in determining whether to tender their shares to Pfizer,” the suit states.

The complaint also alleges Array entered a confidentiality agreement with another company, but the Pfizer solicitation statement failed to disclose whether the agreement with the unnamed company precluded it from making a bigger offer for Array than Pfizer.

A Pfizer spokesperson did not comment on the suit, referring a reporter to the June news release announcing its takeover plans.

“The merger agreement contemplates Pfizer will acquire any shares of Array that are not tendered into the offer through a second-step merger, which will be completed promptly following the closing of the tender offer,” the Pfizer news release stated.

Array spokesperson Andrea Flynn said the suit in Colorado is among a half-dozen filed by purported shareholders in federal courts in several states naming the company as a defendant since the Pfizer announcement. They make similar allegations, Flynn said.

“The defendants believe the claims asserted in the complaints are without merit,” Flynn said.