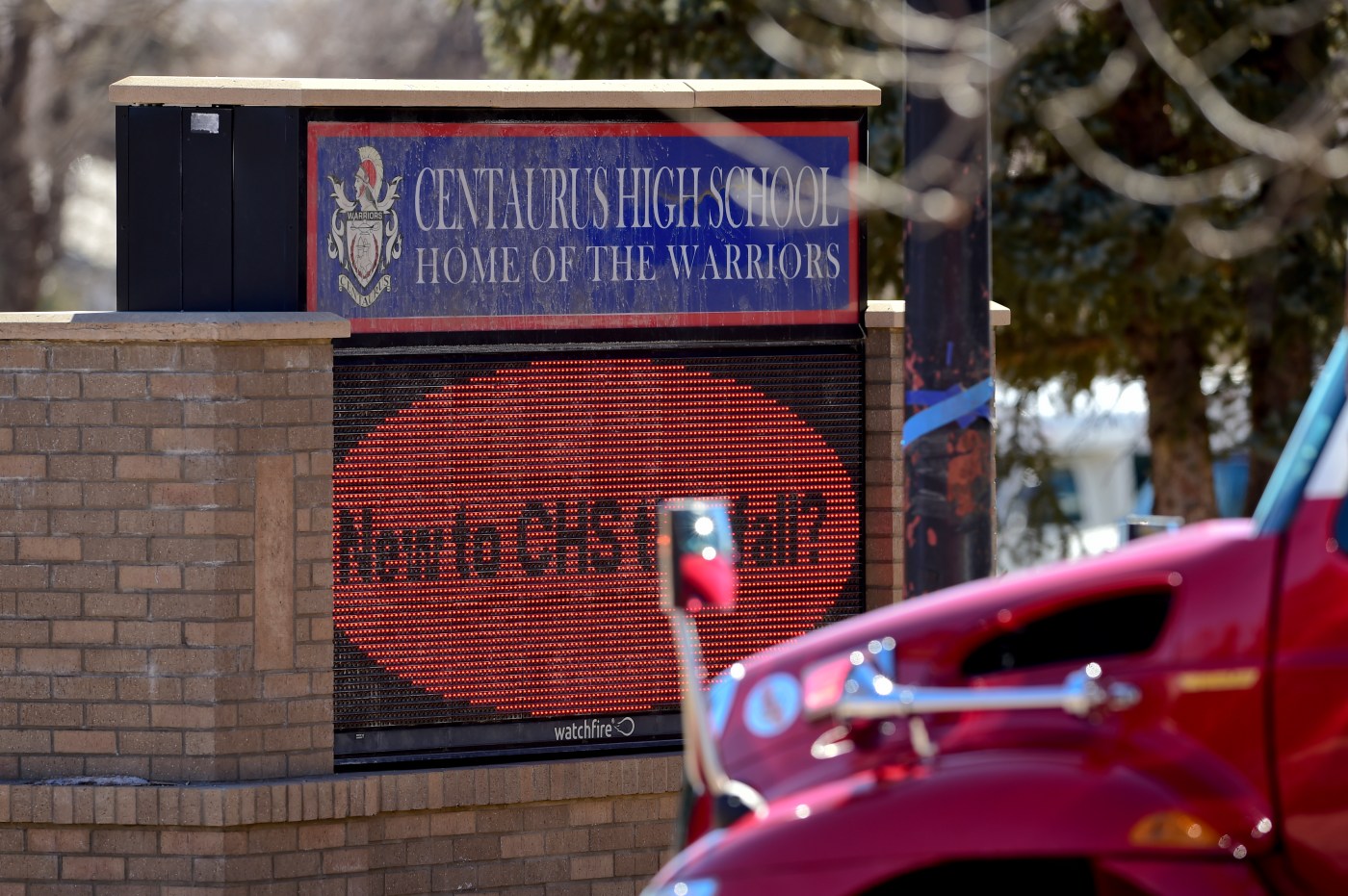 A juvenile boy was arrested Wednesday on suspicion of posting to social media a message that was investigated as a potential threat against Centaurus High School.

While school officials said it has been determined the boy apparently meant the message as a joke, a Lafayette Police Department release stated he will face charges of interference with staff, faculty, or students of educational institutions, a Class 1 misdemeanor; and harassment, a Class 3 misdemeanor.

On Monday, police received a report of a potential threat toward Centaurus High School, 10300 West South Boulder Road, the release said. The information provided to the officer was that an anonymous post had been made on Yik Yak, a social media platform, stating, “@chs things getting lit tomorrow.” The post included three gun emojis.

BVSD officials first noted the possible threat in a tweet posted to its official account at 7:45 a.m. Tuesday. It noted that Lafayette police were investigating but had not yet been able to determine whether the anonymous message was intended as a threat or whether it was credible.

Proactive measures were being taken to protect the Centaurus High community throughout the day after it learned of the message. In a Facebook post from the district Tuesday evening, Principal Daniel Ryan wrote that this additional support is expected to continue for the remainder of the week.

Randy Barber, chief communications officer with Boulder Valley School District, said additional counseling services will be available the remainder of the week for students, and there will be an additional security presence.

In an email to families Wednesday, Ryan said the school district is thankful for a resolution but saddened by the occurrence.

“It is important to know that our understanding is that ultimately the social media post was apparently meant to be a joke and at no time was there an actual, credible threat to the school,” he wrote in the email. “Again, I am proud of how the Centaurus community responded during this difficult time. While unfortunate, it certainly highlighted the outstanding system in place to protect our kids – measures that remain in place at all times.”