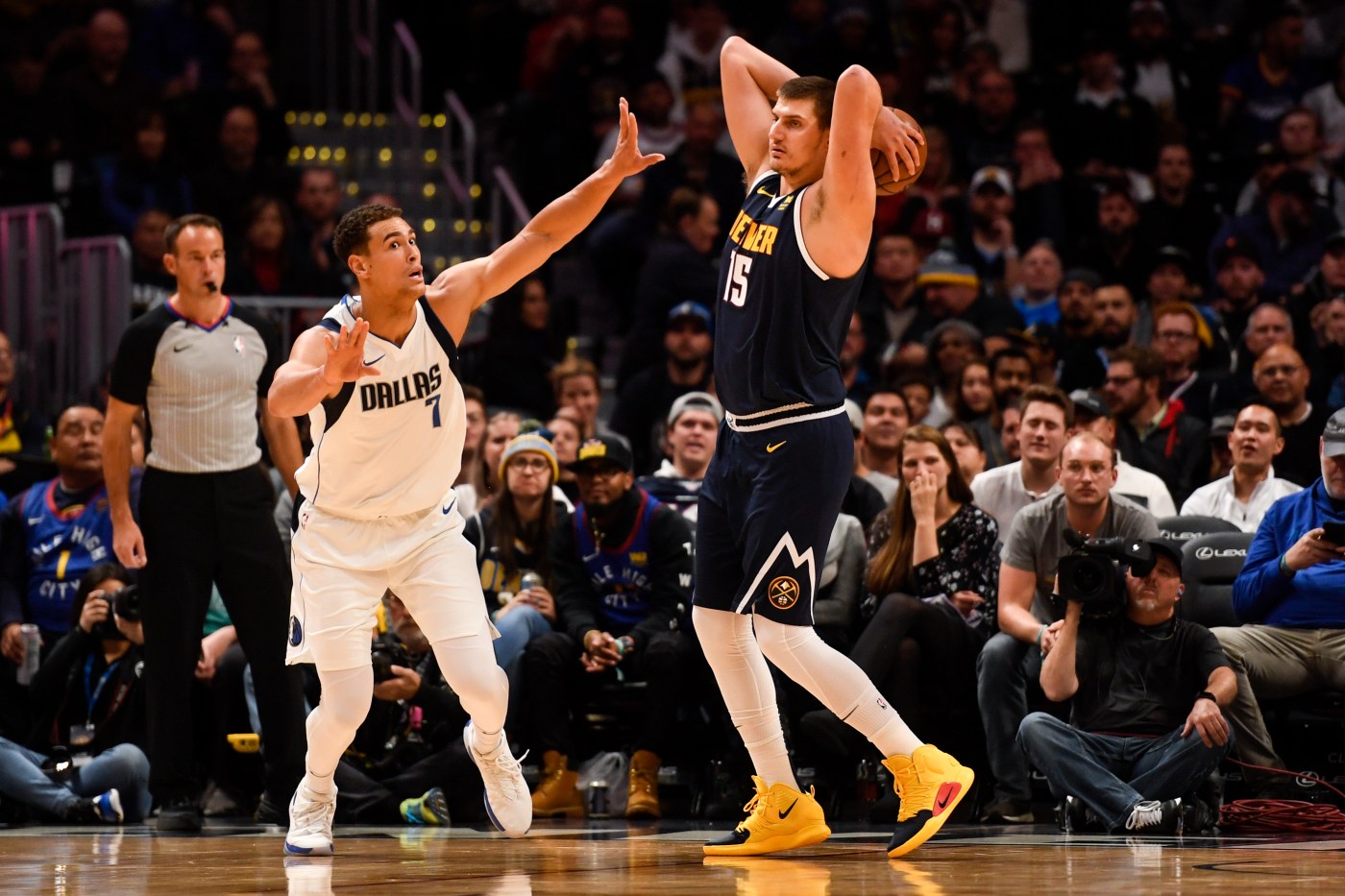 Millsap buoyed a fourth-quarter charge, cutting the Dallas Mavericks’ lead to one late, but the Nuggets failed to capitalize on their first back-to-back of the season. The Mavericks escaped with a 109-106 win, dropping Denver’s record to 3-1.

“The story tonight was just a lack of defense,” said Nuggets coach Michael Malone. “This is the first time in four games that our defense did not show up. Their bench dominated the game.”

Dallas sensation Luka Doncic fought through a crowd for a tough layup with under a minute left to put the Mavericks up three. A costly turnover on the ensuing possession from Nikola Jokic hindered their comeback attempt, and one final errant 3-pointer from Jamal Murray sealed the loss.

Jokic landed his second triple-double of the season with 10 points, 10 rebounds and 10 assists, but he hardly dominated.

The Nuggets trailed 103-94 with just over six minutes remaining before they started hacking into Dallas’ lead. Millsap drained one of his four 3-pointers and he elevated for an electric put-back dunk that further cut the deficit. Will Barton had 19 points and 11 rebounds in his best effort of the season.

The Nuggets momentarily broke it open in the third quarter as Murray asserted himself offensively. Though he only had one assist, Murray scored 8 of his 16 in the third quarter on an array of driving, difficult looks. Denver was up nine on several occasions, but the Mavericks clawed back with a 3-point barrage. The Nuggets held an 88-83 lead heading into the fourth.

Millsap and Gary Harris earned the lion’s share of credit for bottling up Dallas’ star tandem of Kristaps Porzingis and Doncic. Both were physical and made things uncomfortable for the respective stars. Together, they were a combined for 22 points on 7 for 26 from the field.

Instead, it was the Mavs’ cadre of role players who kept threatening the Nuggets’ undefeated record.

Coming off of Monday’s road win in Sacramento, the Nuggets landed in snowy Denver at around 2 a.m. Players said they didn’t get to bed by 3 or 3:30.

Malone wouldn’t consider the impact of a brutal travel schedule since such nights are the reality in the NBA.

“Not falling into the trap of making excuse,” Malone said. “It’s not ideal, but it is what it is. You can waste valuable energy finding ways to come up with excuses about going into the game. We can’t do that.”

The Mavericks had the luxury of watching Monday’s game from Denver and avoided the worst of the wintery weather.

“You always want a situation where you’re rested, and if you catch a break with the other team playing, that’s always a break on paper, but you gotta make it a break in reality on the floor,” said Mavericks coach Rick Carlisle. “We’re going to have to play well. This is a top level team with great coaching and great depth and they’ve got a couple guys that haven’t even been playing that are really good players as well.”

The first half featured little of the defense that had won the Nuggets their first three games of the season. The Nuggets led 61-60 at halftime, which was the result of unselfish play, clean basketball and a strong surge from Millsap.

Denver’s veteran power forward buried three of the Nuggets’ six first-half 3-pointers, finishing with a team-high 14 points heading into halftime. His perimeter shooting paled in comparison to Dallas’ outside gunners. The Mavs took 21 3-point attempts in the first half, right on pace for their 42 per game.

Barton supplemented the offense with his knifing drives and second-chance rebounds. He poured in 11 points and snatched 4 boards as Murray struggled to find his rhythm.