Meeting focuses on way to protect people, property, pets and bears as bear activity on the rise in Boulder 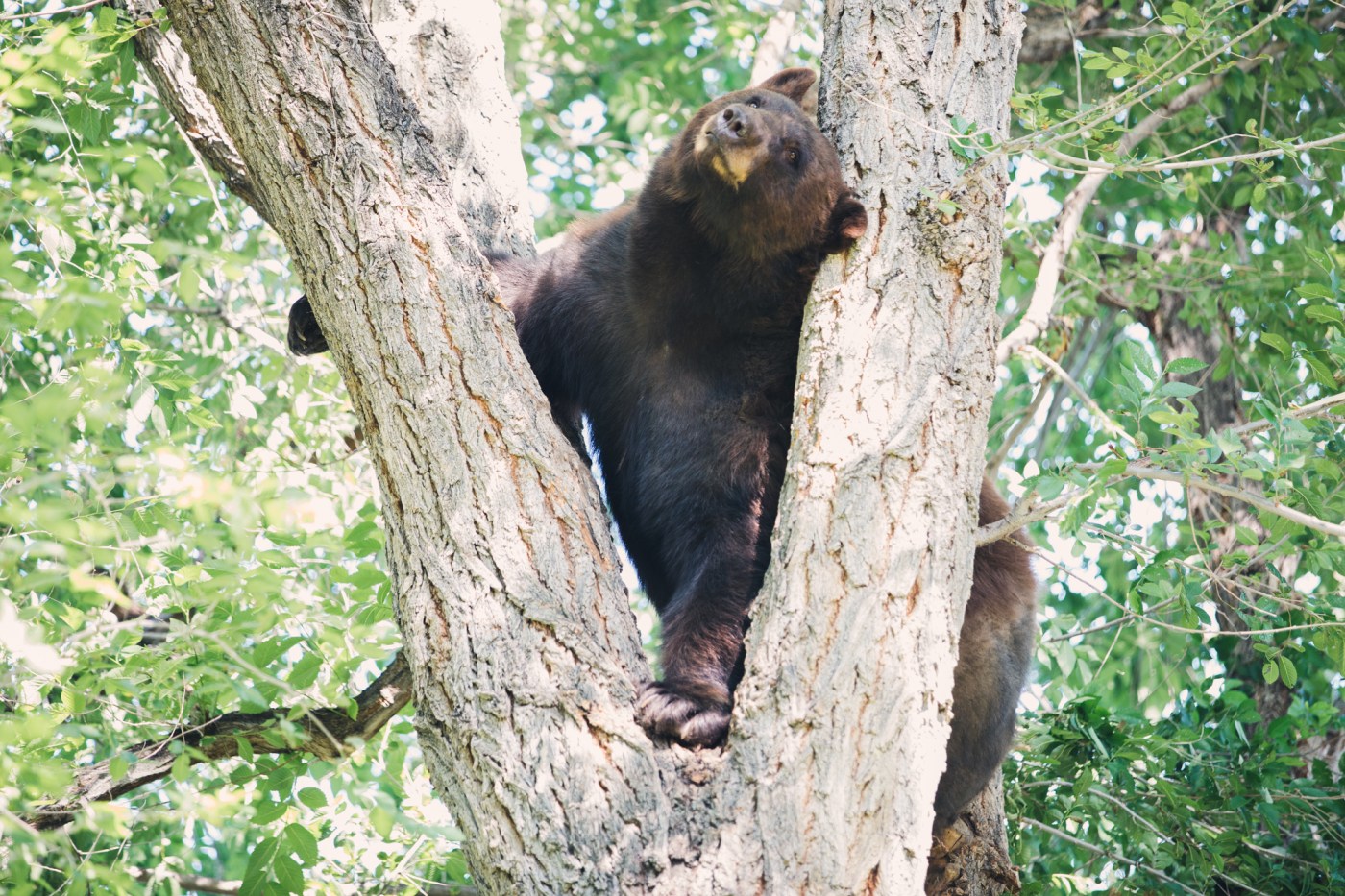 In the wake of increased bear activity in Boulder, which includes two being put down earlier this month, wildlife officials held an open house Monday to discuss ways residents can protect themselves, their property and bears.

Colorado Parks and Wildlife officers held the forum at Foothill Elementary School, which drew representatives from nonprofits and community groups, as well as residents who attended to hear about the animals and ways to manage them.

Kristin Cannon, area wildlife manager, said Boulder has a lot of the habitat that bears seek.

“There is garbage, Boulder might be a really good source of water when it’s a dry season,” Cannon said. “We can’t eliminate bears in Boulder.”

The goal of Monday’s meeting was to discuss why bears are in Boulder, an overview of Colorado Parks and Wildlife, the history of bears in Boulder, current and future efforts, what residents can do to protect bears as well as to have an open discussion.

Recently, two bears were put down in Boulder County. One wandered onto the University of Colorado Boulder campus near the CU Museum of Natural History. Officials said there was no good way for the bear to get out, and they could not safely leave it where it was, so they immobilized it with a tranquilizer. Another bear visited the campus during student move-in just a few days later, but left in the direction of the foothills before wildlife officers had to intervene.

A second bear was trapped after breaking into a cabin in Fourmile Canyon.

Cannon spoke about the bear that was killed after visiting the CU campus. She said this particular bear had already been relocated from Niwot.

“It was in the heart of campus on a Saturday before move-in,” Cannon said. “There weren’t any places to haze the bear, or to move it to, and this was the best and safest way to get the bear out of the courtyard. It’s a hard pill to swallow.”

Cannon talked about hazing, which means to try and scare the bear away from an area. This could occur by making loud noises, using rubber buckshot or using a Taser to try and give the animals a negative experience in an area.

Cannon said CPW officers would always prefer to use hazing rather than kill the animals, but they don’t always have the option, especially if the bear has been relocated once before.

“We don’t have areas to move the bears to,” Leslie said. “It doesn’t feel good when we have to put a bear down.”

Many people in attendance said the issue was that many Boulder residents are uninformed about what they should do to keep bears from wanting to roam their neighborhoods.

“A bunch of residents don’t have the appropriate trash cans,” said Nicole Perelman, a Boulder County resident. “Obviously people get upset (that bears are killed), but there’s a policy for a reason. I just wish residents would take responsibility.”

She mentioned her neighbors do not use bear-resistant trash cans, but she said believes they should.

In 2014, Boulder City Council passed an ordinance that requires residents west of Broadway and south of Sumac Avenue have bear-resistant trash cans.

Perelman said she hopes the city strengthens the ordinance to cover a larger area.

“Talk to your neighbors and community, get a bear-resistant garbage can,” Cannon said. “Protect livestock and beehives, pick ripe and fallen fruit, take down bird feeders.”

Cannon said, so far, the Colorado Parks and Wildlife staff have received 145 calls for bears in the Boulder area this year.

Officials said residents can assist by calling when a bear has been spotted, so it can be entered into a database. Cannon said it’s important to notify CPW when bears have been spotted.