PokerNews Op-Ed: Is Doug Polk a Poker Hall of Famer?

Previous Next
PokerNews Op-Ed: Is Doug Polk a Poker Hall of Famer? 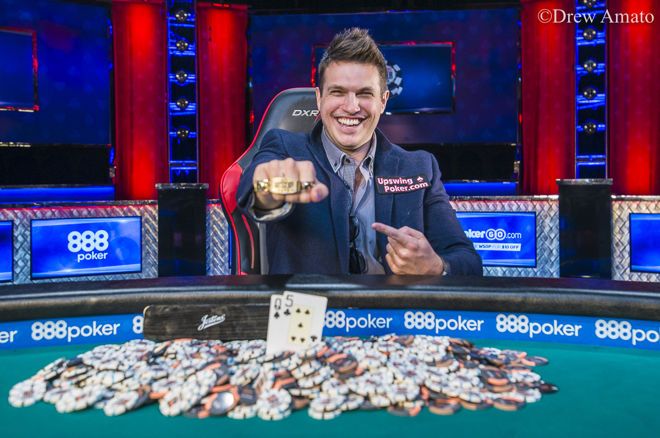 In September 2018, Polk announced his “retirement” from professional poker, though he continued to play on occasion while releasing poker-related content. Polk, who was miffed after failing to receive a Global Poker Award nomination for his work in 2019, more recently shuttered his industry-leading YouTube channel, one that had 286,000 subscribers. It was seemingly his final bow before the proverbial poker curtain was drawn.

As Polk focuses his attention on more mainstream content, it seems like an opportune time to look back at his poker career and see whether or not it’s worthy of induction into the Poker Hall of Fame (when he is eligible in eight years of course).

As a quick reminder, the current criteria for the PHoF are:

just setting up my twttr

The Case for PHoF

The Class of 2019, which included Chris Moneymaker and David Oppenheim, may go down in history as a demarcation line, the point where the Poker Hall of Fame shifted from those players who made their mark in the days before the “Poker Boom” to those who rose to prominences after.

High rollers, online players, and those who found success at the Rio as opposed to Binion’s Horseshoe will slowly take over the list of nominees. Polk is all three of those wrapped into one. He’s played high rollers, was considered one of the best, if not THE best, heads-up no-limit hold’em players online as “WCGRider,” and notched three gold bracelet wins at the World Series of Poker, in just a dozen WSOP cashes totaling more than $4.5 million.

“There’s no denying Polk played poker against acknowledged top competition and for high stakes, both live and online.”

There’s no denying Polk played poker against acknowledged top competition and for high stakes, both live and online. That satisfies two of the criteria right off the bat, and when he turns 40 he’ll already be halfway there. Unfortunately for him, it’s in the other three criteria where he may face an uphill battle.

The Case Against PHoF Induction

Polk’s age is one factor working against him. He’s eight years away from even being eligible for the PHoF, so who’s to say that when the day finally arrives the poker world will even remember Polk. As the old saying goes, “Out of sight, out of mind.” It may be challenging for voters (media and enshrined PHoF members) to even recall Polk, much less his accomplishments and contributions from a decade prior.

Along those lines, there are concerns about Polk having “stood the test of time.” In essence, his poker career spanned 10 years from 2010-20. Is that a good enough sample size for PHoF induction? It seemed to be the biggest concern on social media.

just setting up my twttr

The final hurdle for Polk may be in the “Played consistently well, gaining the respect of peers” criteria. He definitely played well throughout his career, there’s no denying that, but did he gain the respect of his peers?

Polk is polarizing. Legions of fans love him, but there are plenty of folks out there who don’t look too kindly on him. There is no love lost between him and Daniel Negreanu, who has both a vote and influence when it comes to the PHoF. The two have feuded for years and it’s hard to imagine a world where Negreanu would be pulling for Polk to get in.

Polk has rubbed a lot of people the wrong way over the years, and it’s well within the realm of possibility that when he turns 40, he will be snubbed for the PHoF, just like he was at the 2nd Annual Global Poker Awards.

Polk’s content has helped grow the game, and there is a way in for those who contribute positive results to poker.

The last of the criteria states: “Or, for non-players, contributed to the overall growth and success of the game of poker, with indelible positive and lasting results.”

“When you ask someone like Negreanu, they believe there’s a clear separation between playing and contributing, and the two shouldn’t overlap.”

The issue here is how it’s written, namely that it says for “non-players.” Polk was first and foremost a player, so when you ask someone like Negreanu, they believe there’s a clear separation between playing and contributing, and the two shouldn’t overlap. In other words, you should consider only one or the other, not a combination of both. Polk would clearly benefit if both his playing and content were considered together.

That said, there are those out there who do consider both (myself included) when considering their nominations and votes. Moneymaker is a prime example. Aside from his 2003 WSOP Main Event score, he didn’t exactly light up HendonMob. However, that win combined with all he did for the game as an ambassador certainly added up to a PHoF-worthy career.

As a longtime poker fan, a historian of the game, and someone who has a vote for the PHoF, I think Polk has a strong case for induction, and that’s assuming he doesn’t find his way back to the game in the years to come. Heck, he’d be a prime candidate to pull a Stu Ungar, who won the WSOP Main Event in 1980 and 1981 and then returned 16 years later to win it for the third time in 1997.

Even if Polk never plays another hand of poker in his lifetime, I do think he’s deserving of at least a nomination into the PHoF when the time comes. Whether or not he actually gets in, I guess we’ll have to wait and see.

Check Out Oddschecker US today!