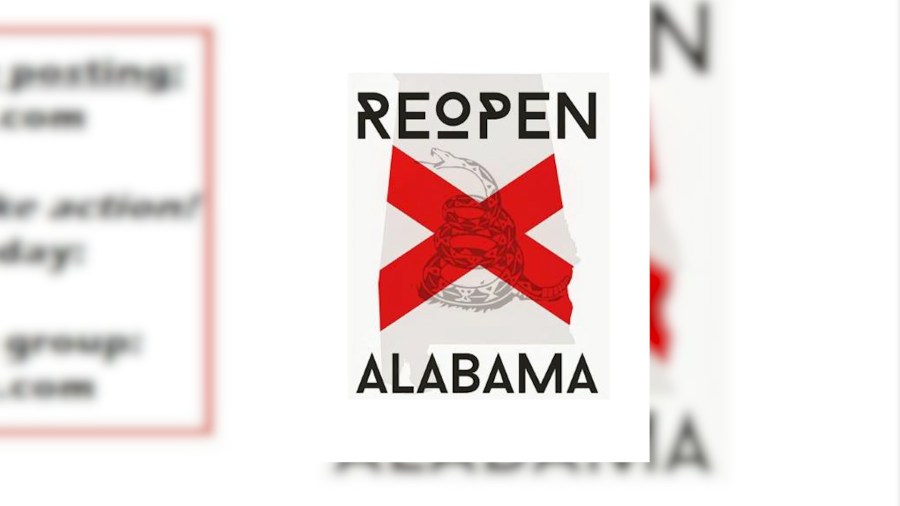 MOBILE, Ala. (WKRG) — A Facebook page made this week is now up to more than 5,000 members. It’s called Reopen Alabama and some of its members say that’s exactly what they want.

“At some point, the economy turning down the way that it already has is going to hurt more people than the virus will ever hurt and for longer,” group administrator Erik Johansen told WKRG.

He said that’s one of the reasons why he got involved in Reopen Alabama. He lives in Loxley and said he’s personally seen how much this economic shut down can hurt people. Johansen said,

Mobile Mayor Sandy Stimpson said that ultimately, it’s not his decision when the state opens up.

“That’s really controlled by the governor,” Stimpson said. “You know the mayors, we’re going to be doing what we’re doing because they control the trigger.”

In a little more than two days, there are more than 5,500 members of the group.

“What that tells me is that there are a lot of people thinking along the same lines why Clayton and Daniel started this group in the first place,” Johansen said.

WKRG reporter Dana Winter sat down with Johansen and also Clayton Bodley, one of the group’s founders. Bodley is a college student in Pennsylvania who was forced to come back home to Alabama due to the Coronavirus pandemic.

“We’re together in the reopening of the state,” Bodley said.

He said if the state does not reopen by May, the group plans on taking action.

“The protest is our last measure of defense right now,” Bodley said. “We want to try to do everything as legally as we can by addressing Governor Ivey and our Senators and Representatives first and try to get them moving on this before we do anything else like that.”

The protest is planned for May 2. If you’d like to get involved in Reopen Alabama, CLICK HERE, or go to ReopenAlabama.com.