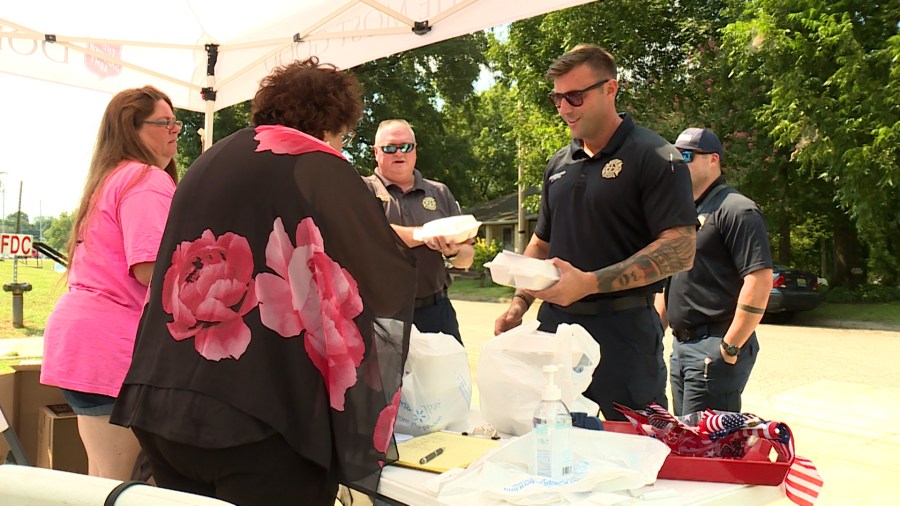 FLORENCE, Ala. — It’s a day in history where time stood still, an attack on American soil where nearly 3,000 people lost their lives, September 11, 2001.

Saturday marks the twentieth anniversary of that devastating day, but in that time, as a country, we recognize and honor the first responders who then and now, live their lives by a code of ethics, putting the safety of others above their own.

In The Shoals, the Salvation Army is showed their appreciation by providing the area’s first responders with a warm meal.

“This is our sixth annual First Responders Lunch and it’s a way for the Salvation Army to just honor the men and women who serve on the frontlines and respond to those events that put our lives at risk,” Captain Richard Watts said.

Watts explained planning for the lunch took several months as his team coordinated with local donors who supplied the food.

Tuscumbia Police Chief Tony Logan said many may think of a meal as a small gesture but in reality, it goes much further.

“It does mean a lot because so many first responders are just forgotten about or not appreciated, and for somebody in the community to step up and show their appreciation for us, it means a lot to us; it’s not just a simple meal,” Logan said.

For Watts, he said the opportunity to serve the first responders is symbolic of the unity Americans experienced following September 11, 2001. It’s a lesson from which the nation can benefit even today.

“We all have to work together to solve the issues that we think are most important and it starts with sometimes a meal and a bottle of water,” Watts said.

Friday’s lunch was dedicated in memory of Joseph Naidu, the brother of a Salvation Army board member, who lost his life in the September 11 attack.