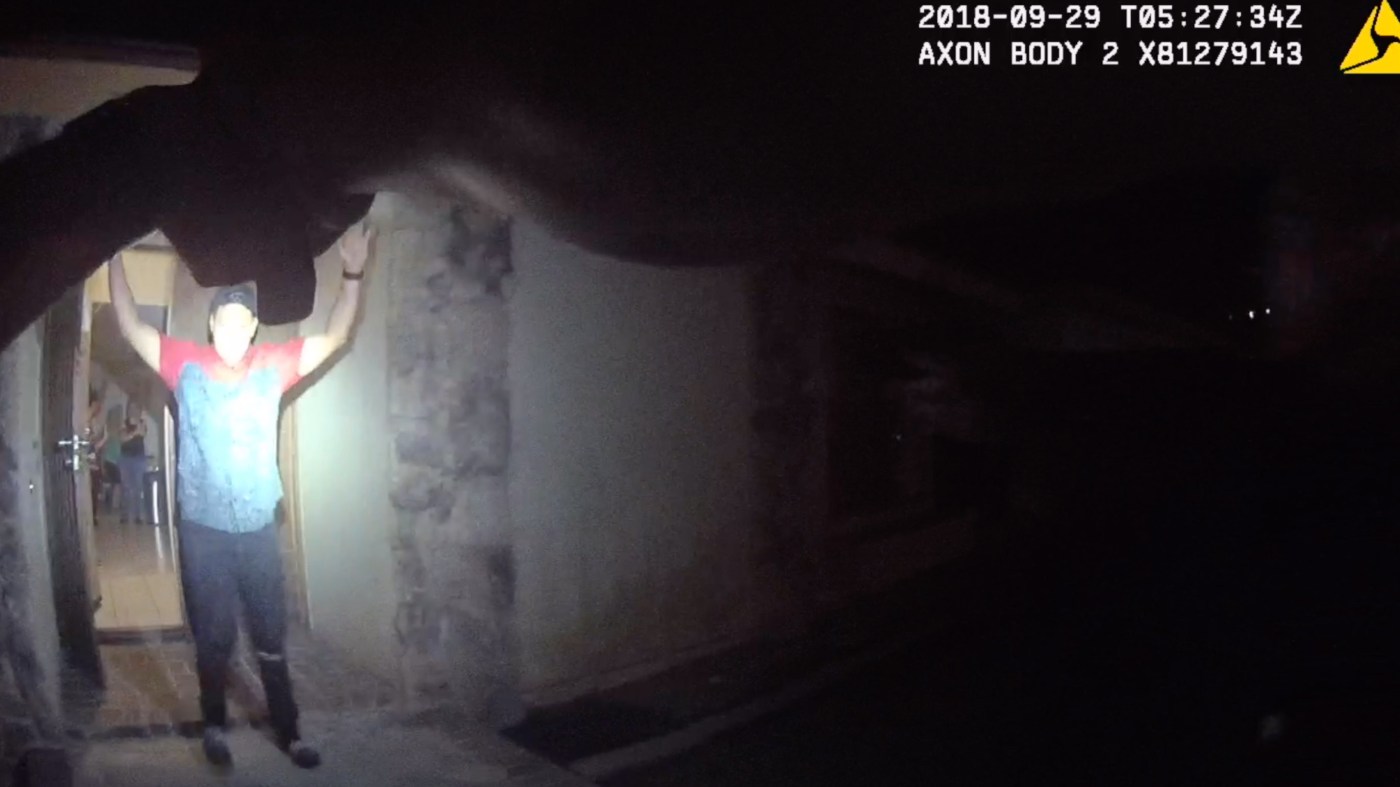 A San Bernardino police officer has been dismissed from duty after a deadly shooting in September.

“Upon completion of our internal investigation and review process, we’ve concluded that one of our officer’s decision-making did not meet the standards held by our department or the community we serve,” McBride said in the video. “As a result he no longer works for the San Bernardino Police Department.”

In September 2018, two San Bernardino police officers — Brandon Gaddie and John Baltas — responded to a call involving a man who was threatening family members with a handgun.

Body camera footage from Gaddie shows the officers arriving at a residence on the 3100 block of North Cactus Circle. Police were called after reports of a domestic dispute.

Footage shows a man with a gun in his right hand and his back to the officers.

Gaddie and Baltas told the man, Richard John Sanchez, to drop the gun.

Sanchez turned around and moved the gun from his right hand to his left hand. After more instruction to put the gun down, Sanchez put the gun on the arm of a couch inside the house.

Sanchez died that night at a hospital.

Gaddie was released from the department, McBride said. Baltas has returned to full duty.

The shooting is under review by the San Bernardino County District Attorney’s Office to determine if it was lawful.

“Our administrative review process does make a determination about whether the officer’s actions were lawful,” McBride said in the video. “The determination of the lawfulness of the shooting, will be made by the District Attorney’s Office, which is currently reviewing the incident.”