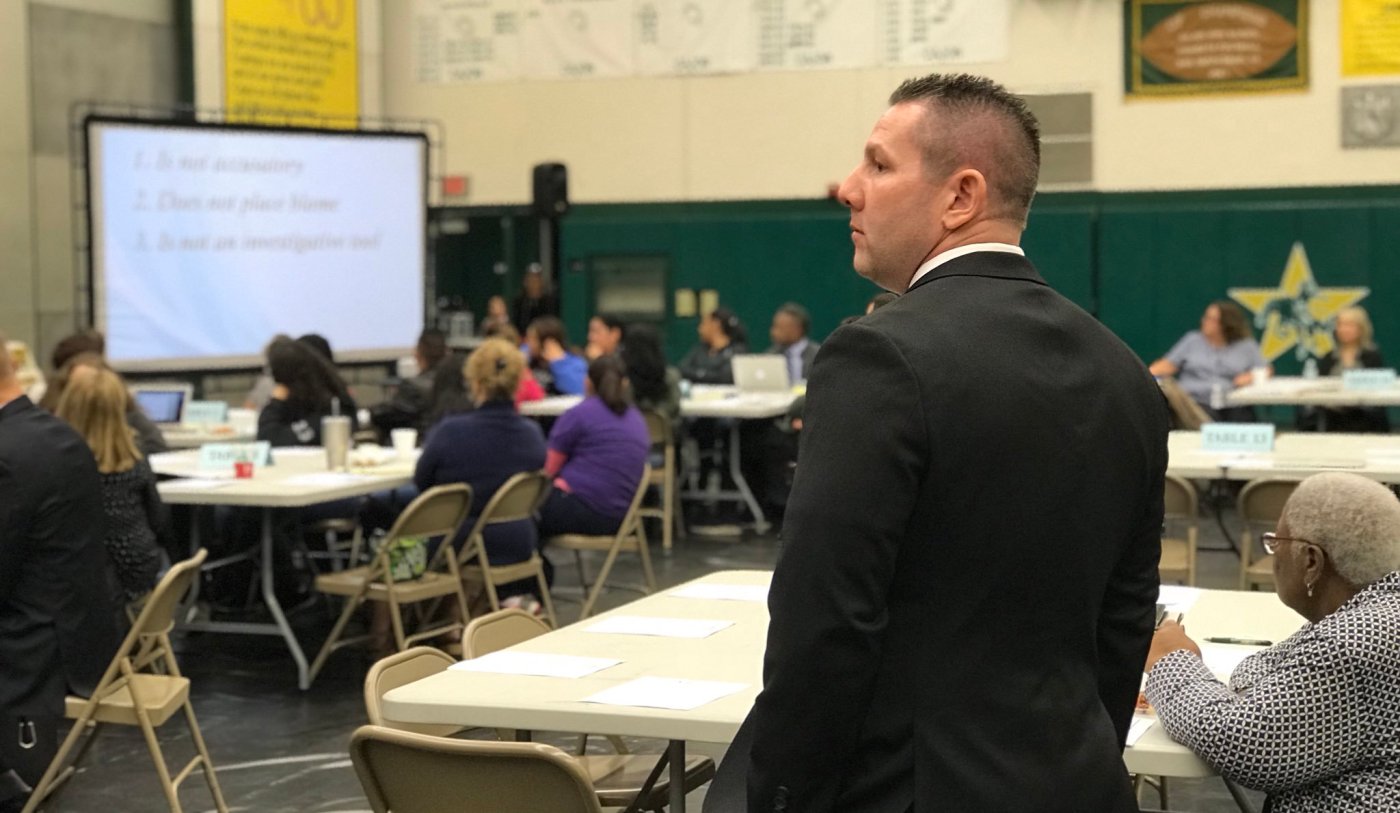 The San Bernardino City Unified School District assistant superintendent of human resources who was arrested on suspicion of possession and distribution of child pornography in August was charged with that crime on Oct. 29, San Bernardino County Superior Court records show.

Perry Philip Wiseman, 42, has posted $100,000 bond and is scheduled to be arraigned on the single charge Jan. 8 in San Bernardino.

Wiseman was arrested at 9:59 p.m. Aug. 16 in the 7400 block of Tuolumne Lane in Highland and booked into West Valley Detention Center in Rancho Cucamonga.

The school district placed Wiseman on paid administrative leave upon his arrest. He subsequently was placed on unpaid leave, according to spokeswoman Linda Bardere.

Wiseman did not routinely have contact with students in his current position, and the images that the Sheriff’s Department said he possessed came from the internet and did not appear to depict district students, a sheriff’s news release said.

Wiseman was the director of student programs for the Los Angeles County Office of Education from 2012 to 2013.