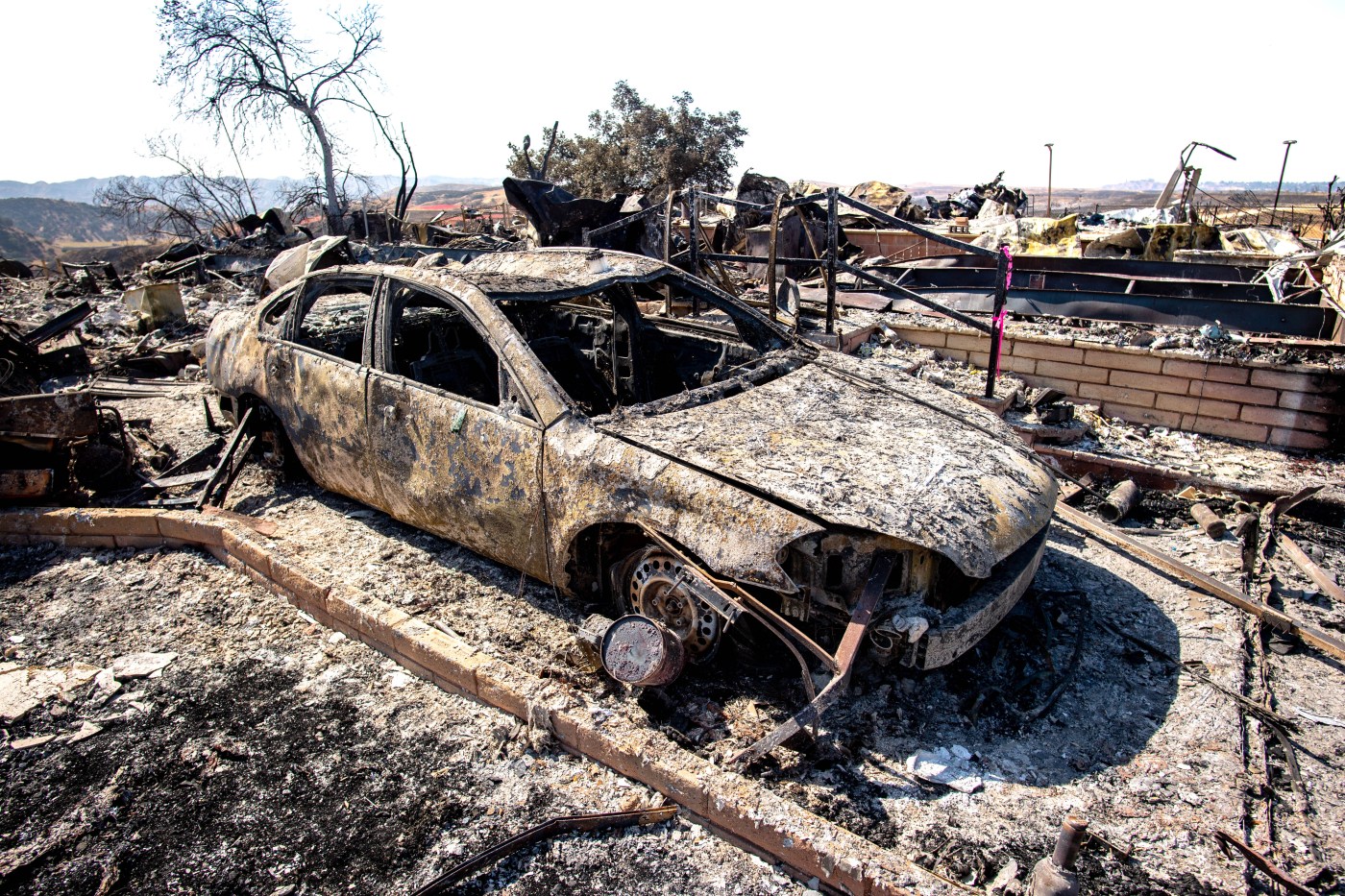 The Sandalwood fire that broke out Thursday, Oct. 10, and churned through more than 1,100 acres in Calimesa is now fully contained.

Cal Fire/Riverside County Fire announced on Twitter just after 5:30 p.m. on Monday, Oct. 14, that the blaze was now 100% contained.

The deadly blaze that started Thursday when a trash truck dumped its burning load near the 10 Freeway, quickly pushed through the Villa Calimesa Mobile Home Park in Calimesa, fanned by the gusting Santa Ana winds. It forced more than 500 residents to evacuate, mostly from the mobile home park, keeping them from their homes for days.

One victim, 89-year-old Lois Arvickson, who was identified over the weekend, told her son in a phone call that she was preparing to get in her car and leave the mobile-home park when the call suddenly ended, the son said. The second victim, whose remains were found Friday, remained unidentified.

Residents of the mobile home park were allowed to return to the community midday Monday, many finding nothing but ash and rubble where their homes once stood.

The district had called in an air quality specialist to check the school as well as teams to replace air filters and conduct safety checks.