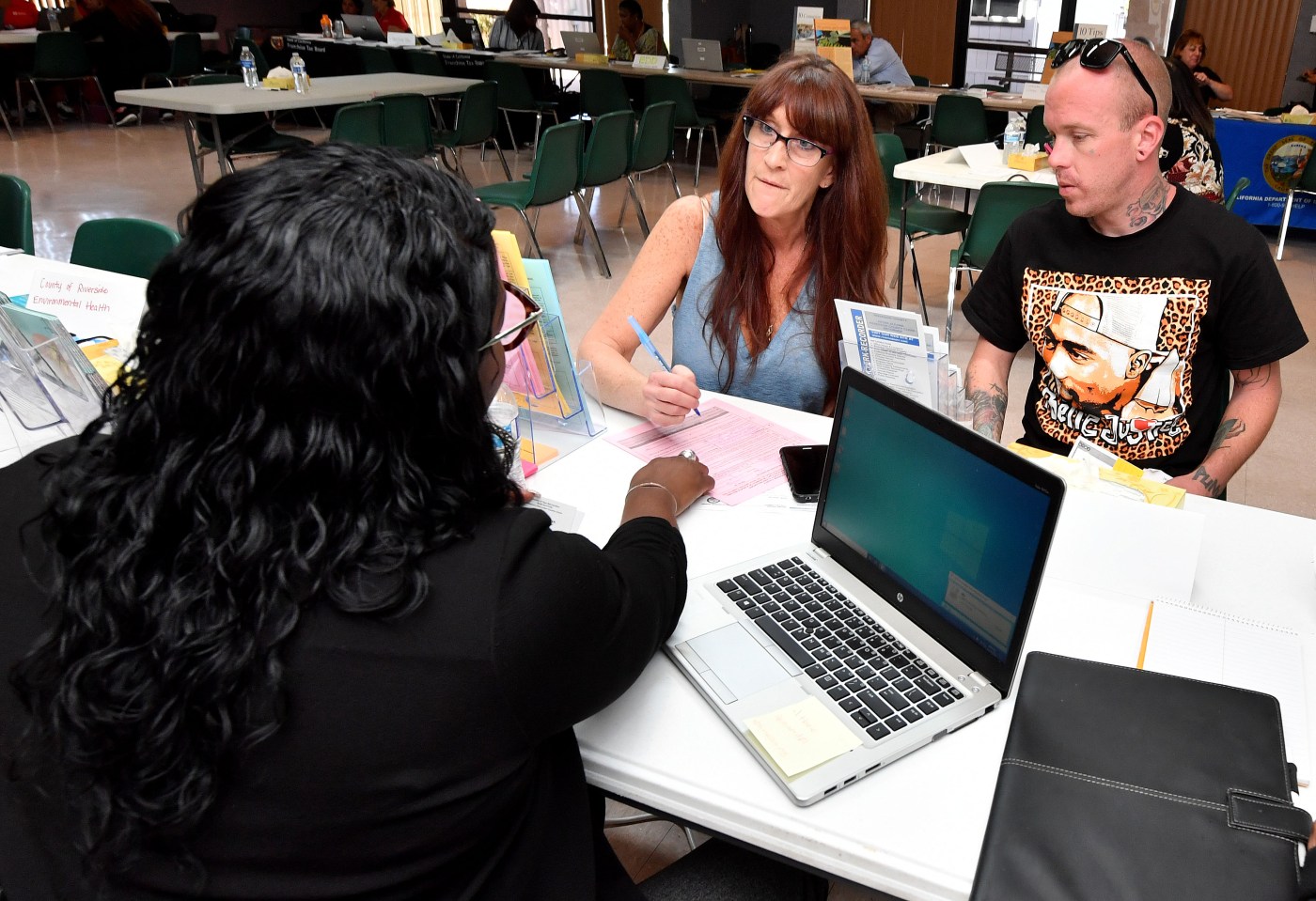 Residents of the Calimesa mobile home park decimated by the Sandalwood fire were at a Local Assistance Center Tuesday, Oct. 15, to get help — from restoring lost title paperwork to rakes and buckets for clean-up.

On Monday, residents were allowed to briefly return to the sites where their homes once stood, and spent time sifting through the rubble. On Tuesday, they started working to get a foothold on what’s next.

“I’m on disability so I wanted to get my medical documents,” said Vance Wooten, 34, on Tuesday afternoon. “I don’t know, with Social Security, who I am supposed to report to about where I’m staying. I’m hoping I don’t lose my income, being lost in system somehow.”

Two people died in the fire, which ignited midday Thursday and was pushed by Santa Ana winds when it swept through the Villa Calimesa Mobile Home Park minutes after it broke out after a trash truck dumped its burning load near the 10 Freeway. The fire destroyed 76 homes, burned 1,011 acres, and was 100% contained Monday night.

By midafternoon Tuesday, 68 people had signed in to the center at 608 Park Ave. in Calimesa. Riverside County Emergency Management Department spokesman Shane Reichardt said the center will be open from 8 a.m. to 6 p.m. daily, until it’s no longer needed.

Some of Tuesday’s visitors were working on basics, such as retrieving proof that they owned the mobile home they lost.

“My mom had that trailer for 30 years, and my uncle had it for 10 years before that,” Wooten said.

“People ask, ‘how much?’ I tell them, ‘zero,’ ” said American Red Cross volunteer Rodney Escobedo, who handed out the materials in front of the center.

Rosie Castellon, 58, who lost the mobile home she shared with her son, daughter-in-law and two small granddaughters, said a safe had protected most of her important documents, except the title to the home. “It was at the top part of the safe, so it melted,” she said.

“We got a lot of really good resources, a lot of help here today. It was amazing,” she said.

She said she was getting information on “what to do next, tips on clean-up, how to start over, rental help — we signed up for that, they’re going to help us on first month’s rent.”

Calimesa residents affected by the fire can call 909-795-2287 for information.