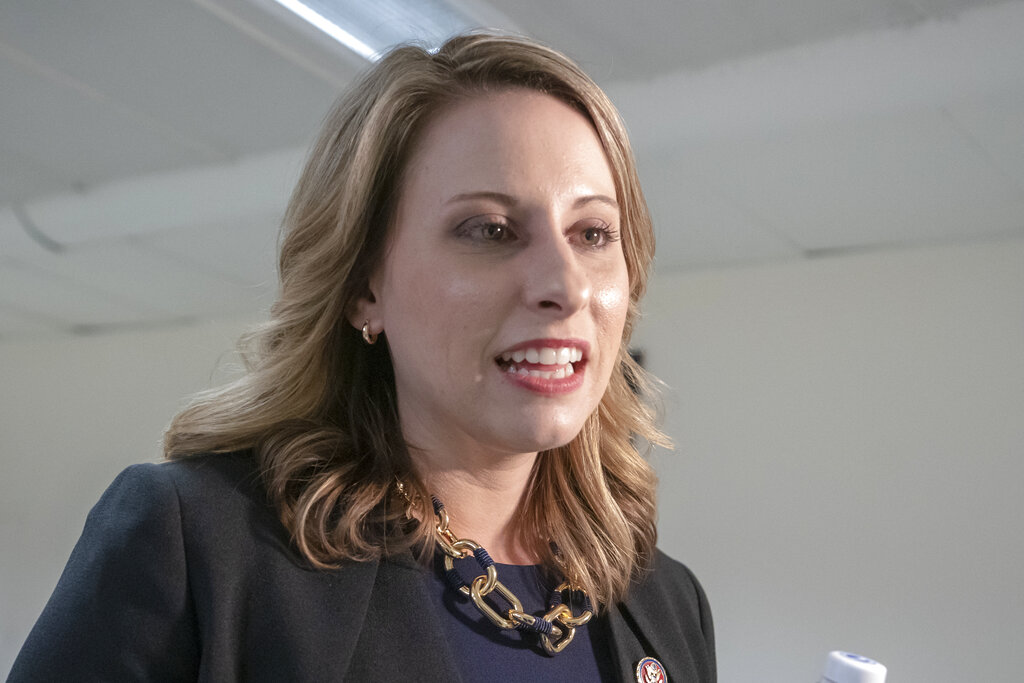 “It is with a broken heart that today I announce my resignation from Congress. This is the hardest thing I have ever had to do, but I believe it is the best thing for my constituents, my community, and our country,” Hill, of Santa Clarita, wrote in a letter to constituents Sunday that was also posted to her Facebook page.

“This is what needs to happen so that the good people who supported me will no longer be subjected to the pain inflicted by my abusive husband and the brutality of hateful political operatives who seem to happily provide a platform to a monster who is driving a smear campaign built around cyber exploitation. Having private photos of personal moments weaponized against me has been an appalling invasion of my privacy. It’s also illegal, and we are currently pursuing all of our available legal options.”

Hill, the first bisexual member of Congress and a rising star on the local and national scene, defeated then-Rep. Steve Knight in November to represent the 25th Congressional District, which includes Santa Clarita Valley, and portions of the northern San Fernando Valley, Antelope Valley and eastern Ventura County.

Last week, RedState published a series of articles alleging Hill was involved in relationships with a campaign staffer and, separately, a congressional staff member. Text messages purportedly between Hill, the campaign aide and her husband were published by the site. RedState also posted intimate photos of Hill and another person.

The House voted in 2018 to prohibit sexual relationships between lawmakers and their employees.

“During the final tumultuous years of my abusive marriage, I became involved in a relationship with someone on my campaign. I know that even a consensual relationship with a subordinate is inappropriate, but I still allowed it to happen despite my better judgment,” Hill wrote in a statement sent to supporters Wednesday obtained by The Associated Press. “For that I apologize. I wish nothing but the best for her and hope everyone respects her privacy in this difficult time.”

This is a breaking story, check back for updates.