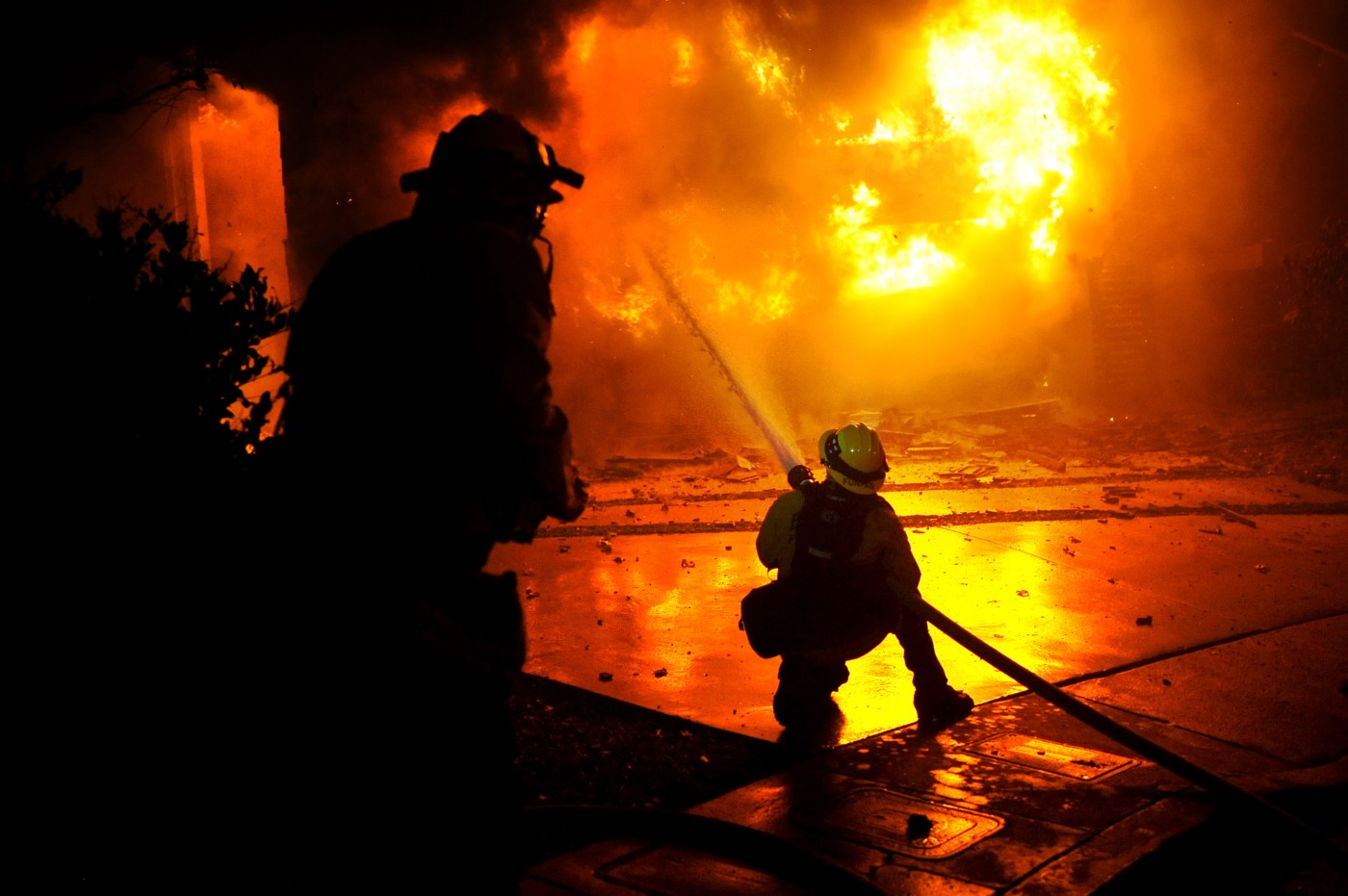 A private report from Southern California Edison to state regulators has provided further fuel to suspicions that the massive Saddleridge fire ignited at a Sylmar electrical tower.

Southern California Edison officials on Monday acknowledged that they submitted the report late last week to the California Public Utilities Commission concerning the blaze that has blackened 7,965 acres in the hills above Porter Ranch, Granada Hills and Sylmar, destroying at least 17 structures and damaging dozens more.

“Out of an abundance of caution, we notified the CPUC on Friday, Oct. 11, that our system was impacted near the reported time of the fire,” SCE spokeswoman Susan Cox said.

Cox said at this time she could not further describe what the “impact” to the system was, what specific type of equipment was involved, or if it could be considered an equipment malfunction.

Sylmar residents have already reported to state and city arson investigators their belief that the fast-moving brush fire broke out at the foot of a transmission tower.

Fire officials have yet to announce an official cause of the blaze.

Roberto Delgado, who lives in a home about 150 yards from the tower, previously described his wife, Ninoschka Perez, looking out a window as they finished their Rosary prayers on Thursday night and yelling that there was a fire beneath the tower.

Within minutes, the flames rode the wind to their property as they sprayed the yard and house with a garden hose, Delgado said.

Other residents reported seeing a “30-foot ring of fire” around the power pylon, which sat on a slight rise just north of the neighborhood.

Investigators could be seen scouring the area surrounding the SCE equipment over the weekend, aided by the use of a drone that appeared to be examining higher-up parts of the pylon.

Christopher Chow, a spokesman for the CPUC, said the report provided by SCE is considered confidential. Such reports are required for electrical incidents that could have potentially caused damage, injuries or major outages.